This past NBA offseason was basically a giant game of musical chairs, with an inordinate amount of top-tier talent changing teams through trades and free agency.

Certain franchises hit it out of the park with their acquisitions, bolstering their respective rosters with game-changing pieces who should help take them to another level. Others, unfortunately, will likely come to regret their decisions.

Here’s a look at three players from each end of the spectrum who will either pay dividends in their new surroundings, or turn into more of a hindrance than an asset.

The Thunder had no alternative but to run Russell Westbrook into the ground throughout his MVP campaign, simply because they were atrocious during stretches when he sat, scoring 10.5 fewer points per 100 possessions.

George’s presence affects the entire dynamic of how the Thunder function. Now they have someone else who can step up as a legitimate go-to option, alleviating some of the pressure on Westbrook to be a triple-double-producing cyborg who feels inclined to be everywhere at once.

Westbrook miraculously managed to carry a Kevin Durant-less group to 47 victories and a berth in the postseason, yet when the team matched up with the deeper and more versatile Houston Rockets, it fell flat on its face. Now George – who could leave after just one season – isn’t Durant, but he’s right up there with the cream of the crop at the wing position, and could be the difference between another early exit or perhaps taking a series or two.

© Provided by theScoreHouston’s offense excelled with James Harden running the point, yet when the opportunity was presented to acquire one of the best pure floor generals in league history, thus sliding Harden back to his more natural 2-spot, it was a no-brainer.

To vie for a championship, you need multiple stars at your disposal just to place yourself in the conversation. Harden’s tank was running on empty in the playoffs with a 35.3 usage rate, but that shouldn’t be the case next time around. CP3 is the perfect running mate, and malleable enough to where there shouldn’t be much concern over how he’ll mesh with Harden.

There’s usually an enormous amount of risk when shifting away from a formula that was so successful, and Harden at PG was just that. Paul is a basketball genius, though, and will likely make what could be a jarring transition more smoothly than most.

© Provided by theScoreMonths have passed since this blockbuster shakeup, and we’re still trying to figure out how Minnesota fleeced Chicago as royally as they did – only giving up a guard coming off a torn ACL, a backup point who epitomized inconsistency, and a stretch big taken seventh overall.

Nevertheless, Butler’s reunion with coach Tom Thibodeau is now complete, with their bond infinitely stronger than the one he had with Fred Hoiberg. There’s a level of trust between the two that wasn’t present last season in The Windy City, and without such conflict, Butler can focus fully on elevating the youthful Timberwolves core into the playoff picture.

He’s also a glowing example of where new teammate Andrew Wiggins should strive to be, with the best-case scenario being he rubs off on the upstart Canadian. This really is a match made in heaven for all parties, and should Minnesota finally get over the hump, you can then say with confidence that “the Butler did it.”

© Provided by theScoreThe four-year, $71-million contract the Knicks handed Hardaway Jr. – which was reportedly over $20 million more than what the Atlanta Hawks put on the table – will constantly be in the back of fans’ minds when watching the 25-year-old ball at Madison Square Garden.

You could label his final year in Atlanta as somewhat of a breakout, but if you want to go down that path, you’d also have to acknowledge that his numbers probably still didn’t warrant such an extravagant contract.

Hardaway Jr. is a fine offensive guard with some decent upside, but he comes with his fair share of flaws on both ends, creating more of an uphill battle for him to justify his newfound wealth – a result of New York’s readiness to outbid themselves, mind you.

© Provided by theScoreIf you want to endear yourself to a new fan base that just had one of its stars punch an equipment manager a year ago, barely avoiding a major injury by socking an opposing player in the grill overseas just isn’t the way to go.

The Clippers have gone through a laundry list of small forwards with the hopes that one will stick, and perhaps Gallinari will be the solution at the three spot. Too bad he’s more of a power forward (62 percent of total minutes in 2016-17), though, which is currently locked down by Blake Griffin.

Staying healthy has never been his strong suit – he missed 19 or more games each of the last three seasons, plus all of 2013-14 – and his presence next to Griffin creates torrential waters for coach Doc Rivers to maneuver through. It will be overly complicated to place Gallinari in scenarios where he can be his most effective, since his true value comes as a stretch four, therefore shackling him out of the gate.

© Provided by theScoreIf Howard were to embrace a bench role and head the second unit, everything would be peachy. He’s given zero indication that he’d ever be on board with such a demotion, though, and that’s the problem.

Players of Howard’s plodding pace and stature are going extinct in the modern era, not to mention he’s managed to wear out his welcome awfully fast in Los Angeles, Houston, and Atlanta. Charlotte has a good thing going with Cody Zeller at center, anyway (5.5 net rating when he’s on the court compared to -3.6 off), and barring injury, that role should be his to maintain.

You still get an impressive amount of boards and blocks, and maybe that’s all the Hornets are expecting. If not, and if Steve Clifford – who worked with Howard in Orlando – is ready to give him the green light on offense, the former three-time Defensive Player of the Year could be shown the door once again as a result of another experiment gone awry. 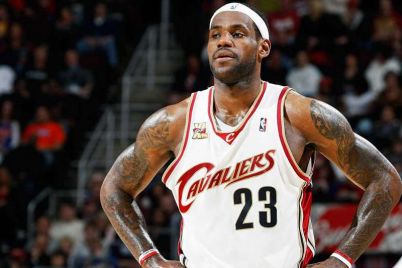 The odds of a Lebron homecoming

Swallow your anger, Miami Heat fans and the media that cover them. Get past your…