Quarterback Colin Kaepernick remains unsigned heading into July as one of the most polarizing figures in sports. There have been conflicting reports and speculation about Kaepernick’s status among league executives, why he remains a free agent and his viability as an NFL quarterback going forward.

A story from Albert Breer of TheMMQB.com this week cited anonymous sources within the 49ers organization that wondered if Kaepernick was fully committed to playing in the NFL and what his intentions are.

As one Niners employee explained it, Kaepernick wouldn’t stay late at the facility during the season like many quarterbacks routinely do, saying he’d take work home. And there were examples where coaches saw what looked like shoddy prep surfacing in inexplicable mental errors in games. Another staffer, asked if he thinks Kaepernick wants to keep playing, answered, “I do think he wants to play-to stay relevant.”

Breer’s taken criticism for being among a group of NFL writers that have continued to write less-than-flattering stories about Kaepernick throughout the process. It’s unknown if the staffers he cites are still with the team after the front office went through an overhaul with John Lynch replacing Trent Baalke as general manager. Baalke and Kaepernick’s relationship soured in recent seasons.

But the key point remains: Kaepernick, based on his play last season and resume dating back to 2012, deserves to be signed by an NFL team. It’s particularly true because his stances generate attention to worthy causes, which should outweigh the backlash by fans who have made their distaste for Kaepernick apparent.

Kaepernick has spent the offseason working out and donating money to charitable organizations throughout the country working against social injustice, racial discrimination and police brutality. Super Bowl winning coaches Pete Carroll and John Harbaugh have said they think Kaepernick is good enough to start.

Lynch was asked about Kaepernick’s situation Tuesday on KNBR’s Gary and Larry.

“I would tell you, with my conversations with Colin, he is fully committed to wanting to be in this league,” Lynch said, before noting he thinks Kaepernick should speak publicly for himself, as Breer argued in his piece published June 22.

“I think you are having a little bit of an image crisis in terms of, not so much what you did last year, but people are wondering, is this most important to you? At a position where the guys that succeed at that position are the guys that live it, breathe it, the CEOs that play that position.

“And I think there is a perception that football’s not on the top of his list. My communication to Colin was, your best effort, I think the way you could best help yourself, is not have someone talk for you, not have statements, but go sit down and do your interview and let people know exactly where you stand. Because he makes a compelling case as to how bad he wants to be in the league when you talk to him.”

Kaepernick hasn’t spoken to reporters in a public setting since the post-game press conference after Week 17’s loss to Seattle on New Year’s Day. He met with Lynch before officially becoming a free agent in the winter after he opted out of his contract. Lynch later confirmed the 49ers would have released Kaepernick had he opted in for 2017.

Perhaps Kaepernick publicly clearing the air, discussing his commitment to football, his contract demands and what the experience has been like would do some good. But it could also do little given Kaepernick’s free agency has already lasted this long.

There are 118 quarterbacks that currently have contracts with NFL teams. Kaepernick, whose teams are 4-2 in the playoffs, reached the Super Bowl and was once considered a generational dual-threat, is not among them. 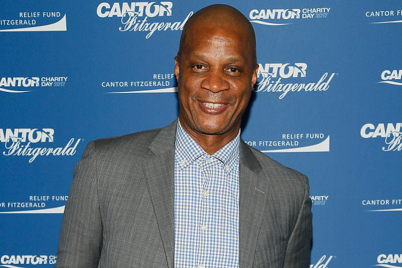