Are you or someone you know being pursued or harassed late into the evenings and on weekends by debt collectors? If so, research shows that you are among one in seven Americans being pursued by debt collection agencies. In a newly-released chapter in its State of Lending series, the Center for Responsible Lending (CRL) found that debt buying and debt collection is big, big business. Among publicly-traded debt buyers’ income grew from $582 million in 2009 to more than $1 billion in 2012.

And amid these billion dollar deals, scant regulation allows profiteers to take advantage of financially-distressed consumers, often securing court judgments for debts that may not even be owed. A 2009 Federal Trade Commission analysis of 3.9 million consumer accounts, found only 6 percent of the accounts came with any documentation.

The new report also cites a disproportionate impact on low- and moderate-income communities. Black communities were also found to have higher rates of debt buyer lawsuits and default judgments.

“The sheer lack of accountability in this industry is astonishing,” said Lisa Stifler, CRL policy counsel and co-author of the report. “There is no requirement to verify debt information or inform a consumer about the transfer of debt. Sometimes a consumer learns about a debt only after an onslaught of collection attempts – or worse – a judgment is entered and wages are garnished or a bank account is seized.”

Debt buyers, specializing in purchasing delinquent debts and charged-off accounts, pick from a range of products and services: credit cards, auto loans, utility and phone bills, tax liens, medical services and more. Often,  the only information transferred in debt transactions are a name, last known address, and purported amount owed. Lenders that typically sell charged-off debts, offer these accounts “as is’ without any assurances or guarantees to the data’s accuracy of amounts owed or collectability of the debts. Over the past few years, the 19 largest banks sold about $37 billion in charged-off debt each year.

The result is that many times, debt buyers attempt to collect from or sue the wrong people, overstate the amount, or even collect illegitimate debts.

The financial gain for the debt buyer is a purchase of accounts often for only cents on dollars owed. From 2006-2009, the nation’s top debt buyers purchased $143 billion in consumer debt; but paid only $6.5 billion, approximately 4.5 cents on the dollar purchased. Then they are able to turn around a significant profit by collecting the full amount of the account.

Unfortunately, consumers are often unaware that their accounts have been sold to third parties. Usually, it is only after consumers begin receiving phone calls, letters, and correspondence from firms they do not know that they learn their accounts were sold. Some do not learn of the debt buyer until after a judgment is entered against them, and they find their wages garnished or bank accounts seized. Other consumer abuses include collection tactics that include offensive language during collection attempts, illegal threats to sue, and misrepresentation on amounts owed or the legal status of a loan.

As more debt buyers turn to the courts to sue consumers for debts owed, many obtain default judgments in their favor when consumers fail to appear in court. Missing a court appearance can happen for a variety of reasons, including that no notice of a lawsuit was ever received, a lack of understanding of the court process or the inability to secure legal representation.

When courts order a default judgment in the debt collector’s favor, collectors gain an extension on the life of the debts and also the legal right to collect in a variety of ways including bank account seizure, wage garnishment and property attachment. All too often, default judgments are based on inaccuracies, incomplete or outdated personal information or questionable claims.

“What we’re seeing is a pattern of predatory practices when it comes to some kinds of debt buying and collection – and that’s what is concerning,” said Mike Calhoun, CRL president.. “Just as a lender has the right to collect debts owed, borrowers should have the right to information about their debt and how it’s being handled and collected.”

It should be noted that the Consumer Financial Protection Bureau (CFPB) and the Federal Trade Commission share regulation of this industry. Further, CFPB recently began the process that will likely to lead to the first-ever rules overseeing debt collection.

“With prudent oversight at the federal and state levels, there’s no reason why this problem can’t be fixed”, concluded Calhoun.

What Happens to a Debt After Seven Years? 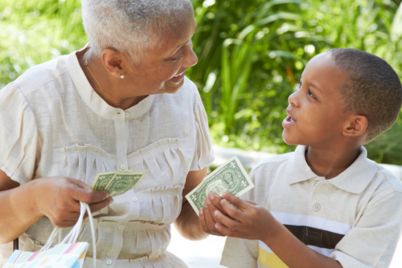 Kids are never too young to learn the skills of saving, budgeting, and other basics for… 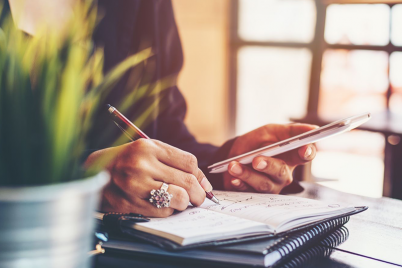 Raise your credit score fast with this easy, 5-step checklist

by James Dennin, Mic It would be an understatement to say Tiffany Aliche had her…