BEREA, Ohio (AP) Browns coach Hue Jackson said comments he made earlier in the week about players protesting during the national anthem were misconstrued.

Jackson was criticized – most notably by Hall of Famer Shannon Sharpe – for appearing to discourage his players for displaying any form of protest prior to games. Jackson wanted to the focus to remain on football, saying ”I would hope we don’t have those issues.”

Sharpe, now a TV commentator, and others lambasted Jackson, who went 1-15 in his first season as Cleveland’s coach.

Following the team’s final training camp practice Thursday, Jackson said ”I’ve been carrying this for about two days” and then read a prepared statement to clarify his remarks.

Jackson said the Browns and every other team in the NFL ”should reflect what is good about America – our diversity, our race, gender, sexual orientation, ethnicity, religion, as well as equal opportunity.” He said he understands there are issues much broader than a football field currently in the U.S., and knows that individuals ”will react in many different ways.”

”My personal feelings are that over the last season we have seen players come under unfair scrutiny for protesting during the anthem, mainly because the focus has become on whether or not a player is being disrespectful to the flag or military and not on the issue and cause attempting to be addressed by the protest,” he said. “The intent of my comments was not to discourage individual expression from our players in light of a cause that moves them to personal expression. I’m disheartened that I gave anyone that impression because I did not speak with enough clarity. However, my words did reflect my concern that I would express to any player about protesting during the anthem.

”There are many effective ways athletes can utilize their platform if they so desire. But I would respect any individual decision as hopefully it would be the player’s choice after much thoughtful dialogue.”

Earlier, Browns cornerback Joe Haden thought Jackson’s comments had been twisted by some. Haden said Jackson’s message to the team was that it was OK for them to protest, but he wanted to know when and why they were doing so. 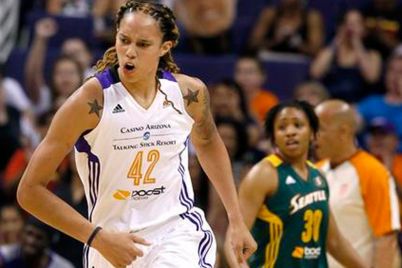 BY BOB BAUM, AP SPORTS WRITER PHOENIX (AP) — After a tough first season in the… 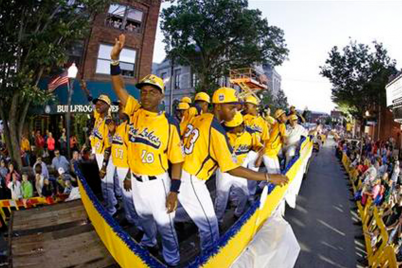 BY FRED GOODALL, AP SPORTS WRITER Win or lose, youngsters from Chicago will leave a…

By Abigail Miller For Dailymail.com and Associated Press and Afp Donald Trump has…