By Carron Armstrong | The Balance

Almost every client who comes in for an initial consultation about the state of their financial affairs will do one of two things:

Attorneys have struggled for as long as we’ve had a bankruptcy system to determine how best to maximize the lessons of bankruptcy to serve our clients as they build their financial futures.

It’s a dilemma. There’s nothing to prevent you from getting more charge cards after you receive your bankruptcy discharge. Believe it or not, you’ll probably get solicitation letters from local car dealers and furniture stores offering to help you get a “fresh start” before the ink is dry on your discharge order. Fearing that you’ll never be able to get another loan, you might be tempted to take advantage of these expensive deals.

On the other hand, we want our clients to have the option of taking out credit when it matters, like to buy a house or a car. It helps to have started small and built a solid credit reputation before you take on a large debt.

Most of the information out there on recovering from bankruptcy discusses how to reestablish credit. But Emma asks The Balance something different. Could the experience of going bankrupt teach you how to manage your money better? This is her story:

Will and I have been married fifteen years and have two great kids who are 8 and 5 years old. Before we had our kids we both worked full time in well-paying jobs. I was a paralegal in a personal injury law firm and Will is a construction project manager. We had new cars, went on nice vacations, and didn’t think twice about what we spent for clothes, haircuts, or entertainment.

When our son was born, we decided that we could make do with one income so that I could stay home full time. That seemed to work fine until we began to realize that we were using our credit cards to make up for my salary. Even then, we didn’t really think seriously about changing our spending habits because we had always intended that I would return to work full time when the kids entered school.

Here we are, eight years later, and close to $50,000 in debt. We’ve maxed out our credit cards and are having trouble making the minimum payments, which total about $2,000 every month. We just bought a used minivan, but the interest rate was outrageous because our credit has suffered.

Even if I went back to work full time, I don’t see how we would ever be able to pay off that huge debt. We’re about decided to file for bankruptcy and just start over. Before I do that, I want to know if filing bankruptcy will teach us how to manage our money better so that we won’t find ourselves in this mess again a few years down the road.

In 2005, Congress passed the Bankruptcy Abuse Prevention and Consumer Protection Act (BAPCPA). Congress attempted to address what it perceived to be a lenient bankruptcy system that allowed people to file a Chapter 7 straight bankruptcy case when they really could afford to make at least some payment on their credit card and other unsecured debts. Among the new provisions is a two-part debtor education requirement.

Pre-Petition Credit Counseling: First, before filing bankruptcy everyone has to have a session with an approved credit counselor. In this session, you will lay out your debts, income, and expenses, and the credit counselor will tell you if you could benefit from taking measures short of bankruptcy, like special payment plans, money management courses, negotiating with creditors, or even debt consolidation.

Two years after this requirement went into effect, the National Consumer Law Center (NCLC) conducted a study, which among other things, measured the effectiveness of the credit counseling requirement.

The NCLC discovered that the credit counseling agencies were able to suggest a viable alternative to bankruptcy to somewhere between 1% and 4% of people counseled.

Post-Petition Financial Management: Second, after filing bankruptcy and before the discharge is entered, every debtor must take an approved financial management course.

Often referred to as Part 2 of the debtor education requirement, the NCLC study reports that this course is a much better vehicle for the education of debtors than Part 1. Part 2 actually discusses how to move forward, manage money, budget, and rebuild credit.

The problem with the financial management course is its cursory nature. It’s just not deep enough or long enough to provide the information and the practice that a debtor needs for a successful  fresh start.

The NCLC study on debtor education also cites a study that surveyed debtors after they emerged from bankruptcy to determine how filing had changed their lives. One-third reported that their circumstances were the same or worse than before filing. One-quarter said that paying expenses continued to be a problem. Lack of steady income appeared to be the key factor in the lives of those who continue to struggle.

Your situation is a bit different than some people report. You apparently did find yourself in this pickle because of — let’s tell it like it is — poor money management, or at least an apathetic attitude toward the effect of credit.

You have the most to gain from paying attention to your spending. You know what you have coming in. You just need to figure out the most effective way to use it. Let’s talk about some ways to do that.

Is a Chapter 13 Repayment Plan the Answer?

Think of a Chapter 13 plan like you would weight loss surgery. It’s a big deal, and it forces the issue. With Weight loss surgery you have to eat less. SChapter 13 forces you to spend less. You must adhere to a budget, and not a very generous one. You spend three to five years making monthly payments. You can’t take on new credit during that time without getting permission from the court and having a really good reason for it. For many people, it’s a good transition from chaos to control.

Changes in Attitude: Whether you try a Chapter 13 or not, you and your husband will need a change in attitude toward money, or you’ll find yourself back here in a few years. Here are some ideas to consider.

Although it’s true that the little things do add up, I believe in starting with the changes that can have the most impact.

Budget Help: If you’re tech savvy, consider using a phone app or a website to help you track spending. Systems like Mint and Billguard can tie into your bank accounts and your credit cards to retrieve and sort your individual expense items. You set the budget and these apps will alert you when you’ve gone over. And, that’s just the beginning.

Start an Emergency Fund: After you file bankruptcy, you can’t use credit cards as crutch when an emergency arises. You need to start an emergency fund. Each month, deposit what you would have used to make your credit card payments before the bankruptcy. Do this before you decide you have the room to loosen your budget for things like vacations and new TVs. Consider that it takes a minimum of $2,000 a month for an average family to weather a period of unemployment.

Too Much House? Do you really need a 3,000 square foot house? With a pool. And a three car garage. And a 40-year mortgage. And a weekly visit from the cleaning service? No you don’t. I raised my kids in a 1,600 square foot townhouse with a patio.

This goes for cars, too. We all know the economics of buying new cars. Now, almost every used car dealer has an online presence and you can shop on your laptop. You can even shop online for the best financing deal.

Too Much Dining Out? Have you ever bought a $5 ice cream cone and thought, “I could buy a carton of ice cream at the grocery store (two on sale at a discount store), for what I just paid for one scoop and a waffle cone.” Sure, it’s fun to go down to the ice cream parlor, but for a family a four, that’s $20. According to the Bureau of Labor Statistics, in 2015 the average American family spent an average of $3,008 on restaurants and take out. Compare that to the $4,015 we spend on groceries.

I wonder if those figures include fancy coffee drinks? The average American spends $780 a year at coffee houses. Or soda, of which we consume 44.7 gallons a year. That’s almost 240 12-ounce cans, or around $80 (in the carton) or $240 (in the vending machine). That’s per person.

Instead drink more water. And, I’m not talking about the bottled kind. If you don’t like your tap water, get a filter pitcher, or add a slice or two of lemon.

Cut the Cord: The time-worn advice still works. Give up what you don’t need. You don’t need cable TV. I used to think I needed cable TV because I had two kids at home. When they moved out of the house, neither one of them got cable TV. Sure showed me.

Kids Are Money Pits, Am I right? And, speaking of kids, yours are young enough that you can train them now that they don’t need the latest $100 tennis shoes or video game. After my 12-year-old daughter had a meltdown when I refused to buy her an $80 outfit in a department store, I took her to a thrift store. She was ecstatic to walk out with two bags of clothing for which I paid less than $10.

Have Less Stuff: If you want to buy a toaster oven, which is a nice item to have but far from a necessity, here’s a way to think about the purchase.

These are just a few ideas that can help you gain control and balance. Your post-bankruptcy financial life should entail more than applying for a few starter credit cards. You’ll need a new way of thinking. But you’re smart, motivated, and you don’t ever want to make a return visit to your bankruptcy attorney’s office. 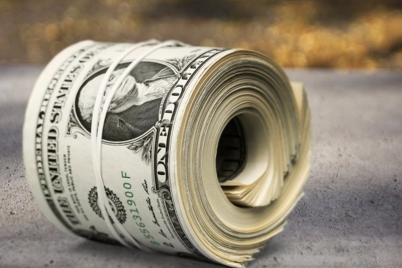 5 Secrets of people who spend way less than they earn

By Christy Rakoczy, MIC If you want to get rich, or at least enjoy… 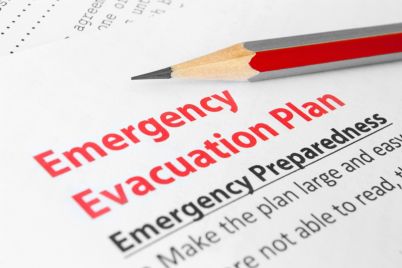 Make sure your family has a disaster plan

BY JASON ALDERMAN June 1 marked the beginning of hurricane season. Meanwhile, across much…