So much for the New York Knicks’ status as an NBA superteam. Carmelo Anthony’s squad was officially eliminated from playoff contention with a loss to the Miami Heat on Wednesday, and Anthony sounded lost in his postgame interview.The 10-time All-Star told reporters he doesn’t know what role he’s supposed to play these days for the Knicks, so he’s just trying to be a good teammate to the young guys (via New York Times contributor Mike Vorkunov):

Q: “How would you define your role the rest of the season?”

Anthony also said he made peace with the Knicks’ failure to make the playoffs, which allowed him to embrace being a leader to the young guys:

“It was hard. Even tonight, even though we won’t be playing in the playoffs and really have nothing to play for right now, it’s still hard. Especially if you still care about it, still care about the game. …

“It’s difficult because it’s hard to kind of change a player’s game in the ninth inning. I am who I am. I’ve gotten here all these years by playing the way I’ve been playing. So it’s hard to kind of take that step back. It’s challenging, but I think it’s for the greater good of everybody on this team at this point.”

There’s a bittersweet tone to Anthony’s comments. On the one hand, he sounds like someone who knows his time with this team could come an end sooner rather than later. His comments come just two weeks after Knicks president Phil Jackson made it clear the franchise will re-focus on the triangle offense for the remainder of this season and headed into next year, and the Zen Master could pull the trigger on a long-awaited Anthony trade this summer if he feels the veteran isn’t a proper fit moving forward.

On the other, Anthony deserves some credit for saying and doing all the right things. While this is how a 14-year superstar should approach the final two weeks of a lost season, that’s not always the case. Just ask last year’s Los Angeles Lakers. 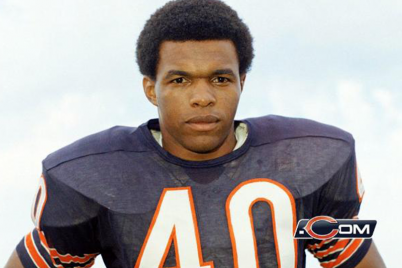 If Not Kobe, Who Should Play in the BIG3 Next Season?

Raphielle Johnson | Source, MSN Sports Heading into the 2017-18 season Duke was set to…