It is obvious why this should be an issue of concern for Black people, for the overall public and for anyone who is sincerely interested in ending the AIDS epidemic in America. Let’s look at the numbers: There are about 1.2 million Americans living with HIV today. Nearly 50 percent of them are Black. Of women living with HIV in the U.S., nearly 64 percent are Black; among gay and bisexual men, the rate is 32 percent.

At a time when Black Americans are less likely to be linked to care, are less likely to be retained in care, are more likely to be diagnosed later in their disease, have poorer outcomes and die quicker than any other racial or ethnic group in the country, the decision by the CDC not to fund any Black organizations in this program further dismantles what little infrastructure exists in Black communities to address the HIV/AIDS epidemic.

To exacerbate this problem, over the last few years, a number of Black AIDS organizations have had to close their doors because of lack of funding. Both CDC and Black AIDS service providers will offer various reasons that this happened. The CDC might maintain that the pool of Black organizations that applied was small, some did not +demonstrate sufficient programmatic capacity, some had administrative challenges, while others were eliminated for technical reasons associated with the application.

ASOs and capacity-building assistance (CBA) providers might counter by saying that the process completely disregards the value of cultural competency, denies Black organizations opportunities to focus on areas where they are strong, and inherently advantages larger organizations that can farm out their grant writing over smaller organizations that are better equipped to deliver the needed services but less equipped to prepare the grant applications.

The CDC appears to be more obsessed with having a pristine grant-making process than with making sure the outcomes of that process reflect the communities most at risk for HIV. Many Black AIDS organizations have prioritized cultural competency and resisted retooling themselves in order to respond to the changing HIV/AIDS landscape.

Whatever the reasons, it’s imperative that communities, ASOs and government agencies like the CDC work together to make sure that we have a geographically and racially diverse HIV service-delivery system – including Black providers and those with expertise in other heavily impacted communities. And that all HIV service providers – regardless of race, ethnicity or region of the country where they provide services – have both the cultural and subject-matter competency and the administrative bandwidth to deliver the services that our communities need and deserve.

There is plenty of blame and finger-pointing to go around, but it all misses the point: No one can argue that, even though we have had some successes, we are failing in our fight to end the AIDS epidemic in Black communities. Indeed, in some areas we are losing ground where we had previously made progress.

We have to ask ourselves, “Is it in the interest of ending the AIDS epidemic—and particularly of ending the epidemic in Black communities—to have a service delivery network that is void of Black providers?”

The CDC’s decision perpetuates the notion that “mainstream” TA providers can parachute in to rescue communities, and violates the notion that—when properly supported—communities have both the responsibility and the capacity to save themselves.  As Calvin Rolark, the founder of the United Black Fund, said, “Nobody can save us . . . but us.”

Both the message and the messenger matter. Unless we are explicitly included, we are implicitly excluded. In order to end the AIDS epidemic in Black communities, the AIDS service-delivery system must reflect the communities most at risk. Unless Black people see themselves at every level of the care-delivery system and every point of the treatment cascade, we will continue to see the unacceptable HIV/AIDS outcomes that currently exist in Black communities.

(In the interest of disclosure, The Black AIDS Institute is a small subcontractor to one of the CDC grantees in this program.) 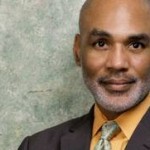 Phill Wilson is the president and CEO of The Black AIDS Institute, the only national HIV/AIDS think tank in the United States focused exclusively on Black people.

Confounding Fathers: Paternalism and the Sociopathic Nature of Racial Discourse in America

BY T.D. WILLIAMS Not even 24 hours after Hollywood has-been Michael Rapaport tweeted to…

Michael Arceneaux, The Root Whether it’s a Bantu knot, a cornrow or some Paula Deen… 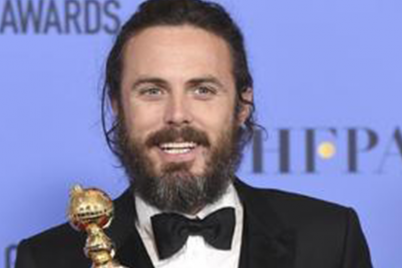 Race, privilege and a bad attitude: Why are Nate Parker and Casey Affleck being treated differently?

By Tre’vell Anderson, LA Times On the night of the Golden Globes — as he had…