The Cleveland Cavaliers have made an offer to Chauncey Billups to head their basketball operations department, according to a person with knowledge of the situation, but the former NBA player and current ESPN analyst remains undecided. The person spoke to USA TODAY Sports on the condition of anonymity because of the private nature of the negotiations.

In the wake of the dismissal of general manager David Griffin and senior vice president of basketball operations Trent Redden on Monday, Cavs owner Dan Gilbert wasted no time in finding the top replacement of his choice. Billups, who is known to have discussed the position with the Cavs before they met for two in-person meetings, has no previous front-office experience but was a five-time All-Star as a player and one-time champion, with the Detroit Pistons in 2004.

The Athletic first reported the offer.According to a person with knowledge of Billups’ thinking, two key factors have been on his mind during this process.

1. LeBron James can be a free agent next summer, and the rumblings continue to grow louder that he just might leave for Los Angeles. He has a home in Los Angeles and an increasing amount of off-court business in Los Angeles. And whether it’s the Lakers or the Clippers, James could decide that his final years will be out West after he returned to his home state to give Cavs fans the franchise’s first title in 2016.

2. Billups is very close friends with Cavs coach Ty Lue, and the challenge of being objectively critical is – not surprisingly – something to consider. What if the Cavs get off to a slow start next season, and Billups finds himself having to ponder the prospect of firing him? It’s not the first time this kind of personal dynamic had to be taken into account, but it’s a factor.

After playing such pivotal parts in the Cavs’ title and their three consecutive Finals appearances, Griffin and Redden had contracts that expired on June 30. Griffin was known to be frustrated that there was no contract extension waiting for him last summer, when the Cavs were on top of the NBA mountain and many of his moves had paid off. Alas, they were shown the door in the most dysfunctional way just days before the official ending came.

With the NBA draft Thursday evening, free agency set to begin July 1, and recent discussions about trading for players such as the Chicago Bulls’ Jimmy Butler, the Cavs are badly in need of some stability on this front. With Griffin and Redden out, and Gilbert always heavily involved, assistant general manager Koby Altman is the top-ranked front office executive. 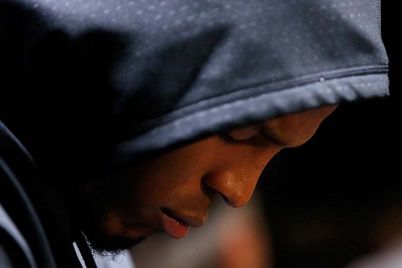 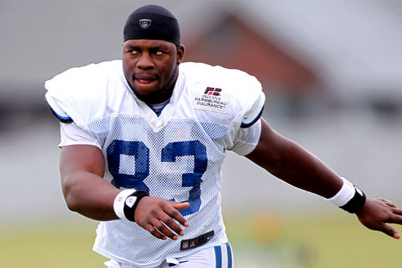