By CHEYENNE ROUNDTREE FOR DAILYMAIL.COM

A doctor who discovered the link between CTE brain disease and the NFL said that letting children play football should be considered child abuse.

Dr Bennet Omalu warned parents against allowing their children under the age of 18, to play the sport, claiming that there was no way to make it safe against brain trauma.

The noted neuropathologist, portrayed by Will Smith in the film Concussion, found staggering evidence that NFL players sustained long-term head trauma with declining mental capabilities, due to the sport.

At a press talk in New York City on Monday, the concussion expert said of football: ‘It is the definition of child abuse. Someday there will be a district attorney who will prosecute for child abuse.’

The Nigerian-born doctor continued: ‘If you play football, and if your child plays football, there is a 100 percent risk exposure. There is nothing like making football safer. That’s a misnomer.’ In July, the Boston University team released their first major findings from post-mortem examinations on 202 deceased players’ brains, which were donated.

Omalu added: ‘That study out of Boston simply reaffirmed something we have always known, that there is nothing like a safe blow to the head.’

He made the comments while appearing on TV and warned of other contact sports’ dangers. The 2015 blockbuster Concussion is based on Omalu’s struggle to have the NFL recognise his troubling research into CTE and degenerative effects of repeated head knocks.

His findings revealed that many former football players suffered with depression and mental health issues resulting from their time in the contact sport.

Given his shocking discovery Omalu now asks: ‘The big question is in 2017, knowing what we know today, why would we continue to intentionally damage the brains of our children?

‘We would not let a child smoke a cigarette but we would rather send a child to the field of rugby or football to suffer a concussion of the brain.

‘What’s more dangerous? A cigarette or a concussion of the brain?’

He believes a child’s brain has not fully developed until the age of 18 and the damage is not simply limited to professional athletes.

Leonard Marshall, a two-time Super Bowl winner and defensive lineman for the New York Giants, said the sport has left him struggling with short-term memory loss and erratic behavior at age 55.

And NFL great Nick Buoniconti said he wouldn’t have played football if he had known about the risks it posed to his brain health and said he was diagnosed with dementia.

But the new study by Boston University School of Medicine (BUSM) has – for the first time – shown even low-impact injuries like concussion could have life-threatening consequences.

They reached their conclusion by scanning the brains of 160 wounded war veterans after tours in Iraq and Afghanistan.

Using MRI imaging, the researchers measured the thickness of their cerebral cortex in seven regions that have been pegged at the ‘ground zero’ for Alzheimer’s disease.

They also scanned seven control regions – regions that tend not to be affected.

They found that having a concussion was associated with lower cortical thickness in brain regions that are the first to be affected in Alzheimer’s disease.

2. BRAIN CHANGES IN HIGH SCHOOL PLAYERS AFTER JUST ONE SEASON

A study at Wake Forest School of Medicine has been examining the brains of high school football players.

One of the participants is the son of former Minnesota Vikings player Greg DeLong.

The study published in the journal Radiology found measurable brain changes in teen players after a single season of ball – even without a concussion diagnosis.

Now DeLong is speaking out to say he would have seriously reconsidered his football career if he had known the risks.

‘Football’s important to us, but there are other things out there that are more important,’ DeLong told Good Morning America.

The CDC has estimated that up to 3.8 million concussions occur in sports and recreational activities each year.

But some experts wonder if those numbers underestimate total brain injuries, as some individuals may not seek treatment for mild or moderate symptoms.

The agency has applied for federal funding to create a database in order to investigate sport injuries and brain diseases more in-depth.

Meanwhile, the state of Texas has embarked on the largest ever study into concussions.

State officials hope to track brain injuries among high school sports to discover whether more needs to be done to improve player safety and protect athletes.

A state as large as Texas, which has more than 800,000 public high school athletes, would be a key step in developing a national database of brain injuries in youths, officials say. 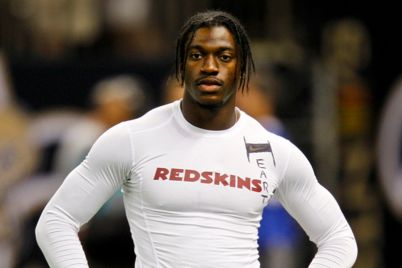 So what exactly has happened to Isaiah Thomas?