Romans 5:17-19  “For if by one man’s offence death reigned by one; much more they which received abundance of grace and of the gift of righteousness shall reign in life by one, Jesus Christ.  Therefore as by the offence of one, judgment came upon all men to condemnation; even so by the righteousness of one the free gift came upon ALL MEN unto justification of life.

For as by one man’s disobedience “many” were made sinners, so by the obedience of one shall “many” be made righteous.”

The Universalist concludes that the “many” identifies “all” for “all were made sinners.” Otherwise Christ’s sacrifice isn’t as capable, or more powerful than Satan’s power to destroy?

Let’s read this through in context to get the whole thought Paul is conveying:

Rom 5:14: “Nevertheless death reigned from Adam to Moses, even over those who had not sinned according to the likeness of the transgression of Adam, who is a type of Him who was to come.”

First he says all received the penalty of death (which is the wage of sin) though they did not do what Adam did. That death was the consequence of our sin even before we the law which made the sin plain.

Don Richardson, one of the most read authors on Christian missions alive today, said in his book Heaven Wins that Paul infers an age of accountability again in Ephesians 2. He advises Gentile converts that they became spiritually dead only when the sinful nature they inherited at conception ceased to be dormant. Spiritual death ensued—as in Romans 7:9—not due to a dormant sinful nature but due only to an activated sinful nature! Note Paul’s point: As for you, you were dead in your transgressions and sins (Ephesians 2:1).

Four verses later, Paul infers an age of accountability again in Ephesians 2:5. Paul wrote: Even when we were dead in transgressions.

Observe that in both passages Paul links spiritual death with actual transgressions committed following childhood, obviously, rather than concurrent with conception.

Rom.7 does not mean this at all. Richardson interprets this as one’s sin nature being dead (he calls dormant), instead of us being dead IN OUR SINS, before our new birth. Which then changes the answer in Eph. 2:1 “And you He made alive, who were dead in trespasses and sins.” Speaking to those who are now saved verse three “and were by nature children of wrath, just as the others.” in other words we were in these sins and deserve judgment BEFORE one is born again.

But it does not say this, it says ALL IN CHRIST will be made alive. How does one get in Christ, it’s not automatic, there is a decision to be made, to believe the gospel where one receives the Holy Spirit and is put in Christ and his body.

In 2 Tim 3:15, Paul telling Timothy of his childhood “you have known the Holy Scriptures, which are able to make you wise for salvation through faith which is in Christ Jesus”

Luke 9:54-56  “And when his disciples James and John saw this, they said, Lord, wilt thou that we command fire to come down from heaven, and consume them, even as Elias did?  But he turned, and rebuked them, and said, Ye know not what manner of spirit ye are of. “For the son of man is not come to destroy men’s lives, but to save them…”

The universalist asks us why would we think God desired people to be burned up rather that cleansed, purified?  Why will God will destroy men’s lives rather than purify and save them? Again, they miss the point, we are not to exercise judgment, Jesus will. We are to offer them salvation first, but not at the neglect of warning of a judgment.

Yet Jesus had this to say in Luke 10:10-16:  But whatever city you enter, and they do not receive you, go out into its streets and say, ‘The very dust of your city which clings to us we wipe off against you. Nevertheless, know that the kingdom of God has come near you. But I say to you that it will be more tolerable in that Day for Sodom than for that city. Woe to you, Chorazin! Woe to you, Bethsaida! For if the mighty works which were done in you had been done in Tyre and Sidon, they would have repented long ago, sitting in sackcloth and ashes. But it will be more tolerable for Tyre and Sidon at the judgment than for you. And you, Capernaum, who are exalted to heaven, will be thrust down to Hades. He who hears you hears Me, he who rejects you rejects Me, and he who rejects Me rejects Him who sent Me. 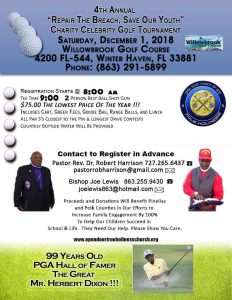 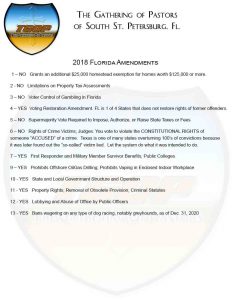 Praise the Lord saints. Well, just as soon as I stated back with services, we are back to…

Before continuing, I want to thank my Lord and Savior Jesus Christ for the many new…

There are too many hypocrites in the church, conclusion