Homeowners can cut costs with geothermal

(Family Features) The winter of 2014 was a wake-up call for homeowners facing higher-than-normal heating costs. With polar vortex cold sweeps, heavy snowfalls and ice blizzards affecting much of the country, energy prices for electricity, gas and oil have increased. Propane prices have skyrocketed due to scarcity of supplies, leading some governors to declare a state of emergency.

The hefty costs of heating and cooling

Many homeowners, concerned that energy prices for air conditioning this summer could be just as high, followed by yet another tough winter, are looking for alternative sources for heating and cooling. Higher performing, energy-efficient heating and cooling products are available, but they are still dependent on fossil fuels. Renewable forms of energy like solar and wind won’t solve the problem. Such sources don’t work all the time and require backup in the form of a conventional heating-cooling system, so the dependence on high cost fossil fuels remains.

Energy from the ground up

However, there is a viable renewable solution. It’s called geothermal and its energy source is the very earth beneath our feet. Because the earth absorbs 50 percent of the sun’s energy — more than 500 times more energy than mankind needs every year — there is an abundant power source in the earth to tap for heating and cooling. Geothermal systems transfer this heat from a home during the cooling season and return it to the earth during the heating season. Geothermal is possible because the temperature of the earth at 4 to 6 feet below ground remains relatively constant year-round.

“A geothermal system is the answer to today’s and tomorrow’s high energy prices,” says Lyndal Moore, National Geothermal Sales Manager for Bosch, a manufacturer of geothermal heat pumps. “But that’s just the beginning. Homeowners and homebuyers need to consider the long-term benefits of living in a home equipped with a geothermal system. It’s not just the return on investment that should be considered, but rather the comfort, quietness, longevity and environmentally friendly nature of geothermal.”

A geothermal system is accomplished through the installation of what’s called a “heat exchange loop” in the ground, either directly beneath a house or in the homeowner’s yard. If a well or pond is available, the loop can be installed in the water and connected to the house in the same manner. This in-ground or water-source loop is connected to one or more heat pumps inside the house.

In the winter, the fluid circulating through the earth loop or water source absorbs stored heat from the ground and carries it indoors. The geothermal heat pumps compress the heat to a higher temperature and distribute it throughout the home. In the summer, the process reverses and the cooler earth absorbs the heat from the home, returning cooler fluid to the heat pump. This is typically cooler than the outside temperatures, providing a reduced load for air conditioning the home.

A geothermal system is accomplished through the installation of what’s called a “heat exchange loop” in the ground either directly beneath a house or in the homeowner’s yard.

Horizontal ground loop systems are used where there is sufficient space.

Vertical ground loop systems are used where space is limited.

The geothermal system uses a small amount of electricity to run the heat pumps, so homeowners will see a sizeable reduction in the cost of energy for heating and cooling each year. Geothermal systems are recognized by the U.S. Department of Energy (DOE) as the most efficient heating-cooling system of all (saving up to 70 percent on energy bills) and they come with a federal tax incentive rebate of 10 percent of total install costs which can be combined with state and local incentives that can save up to 40 percent of the total cost of the system.

Most of the cost to install a geothermal system is centered on the costs to drive bore holes into the earth and the installation of the loop. Thereafter, operating costs are typically low enough to show a return on investment within a decade or less. The loop infrastructure lasts around half a century and the heat pump, which has few moving parts, has an operating life expectancy of 25 years.

With a geothermal system, there is no fossil fuel use, no greenhouse gas emissions, few maintenance issues, and because the loop is underground and the heat pumps are located inside the house, the system is not susceptible to weather or storm damage. Plus, geothermal systems are exceptionally quiet in operation.

Bosch Thermotechnology manufactures geothermal heat pumps for use in residential and commercial-size buildings. A focus on geothermal for Bosch is in keeping with the international company’s commitment to preserving the environment and creating a sustainable future for our children. For more information on geothermal systems, visit www.BoschGeo.com, or view a video to learn more.

(family in front yard of house)

The Truth About Working From Home: 5 Things No One Tells You

By Margo Aaron, Source: Inc. There’s a lot of debate on the topic…

BY CARRON ARMSTRONG | the balance Bankruptcy. Does the thought of it give you chills,… 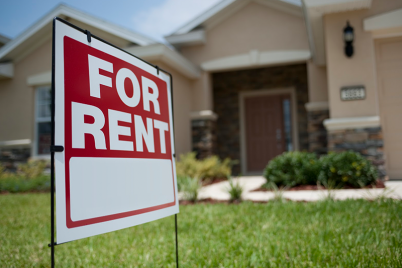 Why rentals are up, and what it means for the housing market