Bob Marley’s Exodus is one of the epochal albums in the history of popular music. There are a select few albums that are as culturally impactful and musically rich as the album Marley released in June 1977, barely six months after armed gunmen shot him and his wife at their home in Kingston, Jamaica.

“When I come here, I want to get through to the people. I don’t come here for joke…”

Bob Marley had been in a period of great transition for about two years. The Wailers had become international stars following the success of 1973’s Catch A Fire, but things had gone awry between the original Wailers of Bob, Peter Tosh and Bunny Livingston. The three would split in 1974, with Tosh and Livingston going on to successful solo careers and Bob refashioning the Wailers as “Bob Marley and the Wailers.” His new band featured Aston “Family Man” Barrett and his brother Carlton on bass and drums, respectively; Junior Marvin along with Al Anderson on guitar, with Earl Lindo adding keys and Junior Braithwaite singing backing vocals. Marley’s wife Rita Marley, Marcia Griffiths, Judy Mowatt as backing singers the I-Threes.

Bob Marley and the Wailers had made their recording debut with Natty Dread, but some tracks still featured contributions from Tosh and Livingston. And Marley had delivered one of his most committed political statements on 1976’s Rastaman Vibration. But as his new band approach was beginning to gel, the violence of the outside world came crashing into Bob Marley’s universe.

In December 1976, an attempt was made on Marley’s life. He’d agreed to headline the Smile Jamaica Concert—organized by Prime Minister Michael Manley. But Marley wanted to present a message of apolitical unity and love, not one of agendas and divisions. Regardless, he was assumed to be endorsing Manley and his People’s National Party, at a time when political factions in Jamaica (namely the Fidel Castro-affiliated PNP and Edward Seaga’s Jamaican Labour Party, overtly supported by the CIA) were at the height of violent confrontations. The concert was happening in conjunction with impending elections, which exacerbated the ongoing tensions.

“People work for money, den dem don’t want to split it. It’s that kind of attitude,” Marley told Vivien Goldman, who would later recall the conversation in the book The Making and Meaning of Bob Marley’s Exodus. “So much guys have so much—too much—while so many have nothing at all. We don’t feel like that is right, because it don’t take a guy a hundred million dollars to keep him satisfied. Everybody have to live. Michael Manley say ‘im wan’ help poor people… They feel something good is gonna happen,” he said reflectively, then continued: “We need a change from what it was. It couldn’t get worse than that.”

Marley’s headlining appearance made him a target. That December 3, gunmen descended upon Marley’s villa at Hope Road around 9:30pm. The Wailers had been rehearsing, running through songs “Baby We’ve Got A Date,” “Midnight Ravers,” “Rastaman Chant,” and “Trenchtown Rock.” Everyone was anticipating some high-quality marijuana to be delivered by one of the best dealers in Kingston, just before the Christmas holiday made herb scarce. When manager Don Taylor arrived, gunmen followed him into the kitchen.

“The musicians were in the other room rehearsing by themselves, Bob had taken a break. After a while he (Bob) joined the conversation with me and Kinsey and he was adding details to what I was asking,” journalist Leslie Miles told the Observer in 2012.

“He was eating half of a grapefruit at the time. After a while, I cut the interview and said good night to Bob and Kinsey. I told Rita I want to go back down to the paper now. So we went into the green VW at the back of the house.”

Suddenly, Miles  heard what he initially thought were firecrackers.

“She started up the engine to move out, at about 9:20, then I heard a spate of explosions,” Miles shared. “I said to myself, ‘a weh dem Rastaman a gwaan wid?’ Then I heard some more volleys and I realized it wasn’t any firecrackers, it was the real thing.”

Rita was shot in the head as she’d attempted to drive away with her children in the car. The gunmen opened fire in the house; Taylor was shot five times and Marley’s friend Lewis Griffiths was also shot. Both would survive the harrowing experience. Marley was shot in the arm and chest. Later, he would decide against having the bullet that had entered his arm removed, after he learned that surgery could mean losing the ability to control his fingers.

Despite the attempted assassination, Marley would perform on Dec. 5 in one of the most iconic shows of his career.

“When I decided to do this concert two and a half months ago, there were no politics involved,” he would tell the crowd of 85,000. “I just wanted to play for the love of the people.” He would show off his wounds to the crowd.

After the show, Marley would leave Jamaica for the U.S. He wouldn’t return to his home country for a year, recuperating in the Bahamas before departing for London in February 1977. In West London, Marley would get to know Don Letts, and saw the punk scene was thriving in the city. He’d heard The Clash’s cover of Junior Murvin’s “Police and Thieves” from Vivien Goldman, and it inspired a new song that he would subsequently finish with Lee “Scratch” Perry: “Punky Reggae Party.”

The work Marley had begun at Harry J’s studio in Kingston was resumed in earnest at Island studios at Basing Street. Producing the album alongside Carlton Barrett, Marley would put together the most remarkable album of his career.  Split between two sides, one devoted to the consciousness and the other more focused on romance and positivity, Exodus amplified Bob Marley’s message of Black unity and liberation, emphasizing peace and love for humanity. It was a musical crystallization of everything Marley had been putting forth musically and thematically since the Wailers’ global ascension began three years earlier. And the addition of Marvin’s guitar added a new element to the sound.

“That was Bob’s choice, in terms of ‘I need a guitarist who’s gonna rock me,’” Rita would explain during an interview with Gibson in 2010. “Junior was that kind of person, especially onstage, although we wanted to change his hairstyle very quickly. The way he played guitar could make you cry sometimes.”

The fade in of a watery rhythm guitar opens “Natural Mystic,” and the album, with a menacing groove. The laid-back feel is enlivened by leads from Junior Marvin and carries Marley’s mournful lyric:

“This could be the first trumpet

Many more will have to suffer

Many more will have to die

Don’t ask me why”

The ghostly groove of “The Heathen” stands out even on an album with no shortage of brilliant moments. The song features one of Junior Marvin’s most haunting guitar performances, and another warning from Bob Marley about the loss of spirituality and the path of faith. “As a man sow, shall he reap, and I know that talk is cheap. But the hotter the battle, a the sweeter Jah victory.”

The title track pushes every element of Marley’s message into sharp relief. Echoing his own departure into a different country for sanctuary, the song’s pulsing rhythm and hypnotic chorus evoke a sense of awakening. It serves as the Side One closer on the original vinyl album, and it suggests movement out of the more harrowing realities of the world into a heightened sense of self and empowerment.

The original Side Two, on the other hand, features several of Marley’s most accessible and enduring tunes.

The optimistic second half of the album announces itself with the infectious “Jammin.’” A classic Marley song that features Bible references and Bob’s most sunny vocals on the album. The I-Threes backing is note-perfect, as Bob sings that “life is worth much more than gold” as they jam “in the name of the Lord.”

Sporting an excellent guitar solo from Marvin, “Waiting in Vain” is one of the best love songs ever recorded, with a lovelorn Marley romantically seducing the woman with whom he’s enamored. The love in question is not yet unrequited—and Marley sings it with the passion and earnestness that transcends love song clichés.  And “Turn Your Lights Down Low” continues the amorous mood, as Marley delivers a smoldering ballad that ranks with some of the best ever recorded.

Into our life again

I got this message for you, girl

But it seems I was never on time

Did I wanna get through to you, girl?”

The positive vibes continue with “Three Little Birds,” another of Bob’s most well-known tracks. The origin of the titular birds has been debated for decades. There is no consensus, but it’s believed that pelicans perched on Marley’s Hope Road home inspired the song. Others have asserted that it’s a reference to the I-Threes, one that Marcia Griffiths has endorsed.

The album’s closing track “One Love/People Get Ready,” would become an anthem. Interpolating The Impressions’ ’60s classic (which the Wailers covered early in their career), Marley delivered a paean for humanity’s harmonious coexistence, while also once again evoking spirituality. “One Love” wouldn’t be released as a single until 1984, when it was released in support of the Legend compilation and the song was boosted by Don Letts directed video that received heavy airplay on MTV.

Upon release, Exodus would find resounding commercial success in the U.K. The album was praised for its sharp and resonate lyrical focus and themes and the somewhat smoother production elements and ballads helped make it a hit, sitting on the charts for 56 consecutive weeks. The album wasn’t as successful in America, despite widespread acclaim from critics. It nonetheless peaked at No. 20—despite Marley having to cancel his tour of the U.S. that year. In 1999, Time magazine declared Exodus the greatest album of the 20th century.

“Exodus was successful everywhere in the world,” Chris Blackwell stated in 2007. “It was the record. I think it was the album that was the right record, at the right time.”

“You could see it, and you could feel it,” Rita would recall of the mood recording the album. “This wasn’t part of the plan, to go to London. It was a compulsory move. Exodus really was the movement of Jah people. We had to move.”

Rita added that she believed the enduring legacy of the album and Bob’s music in general would not be surprising to the man himself.

“I think he worked hard for this moment,” she said on the occasion of what would have been Bob Marley’s 65th birthday. “I think he put this moment down pat, in terms of, ‘I don’t know what I will be, but I know I’m doing the best I can. And I know what I’m doing isn’t just something I—Bob Marley—am doing. It’s prophetic, and it’s an assignment.’ That’s how Bob viewed his work. He did it with a really serious commitment, as if he knew he wasn’t going to be around, physically, for very long. It was as if he knew he needed to get it right, now. He was on a mission.” 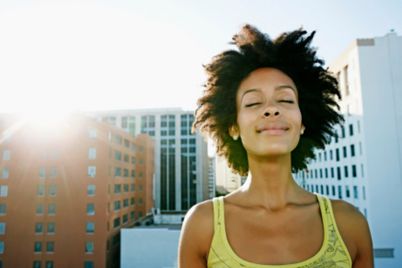 By Threads of Solidarity | Source: Mindful The strong, Black woman. The Asian “model… 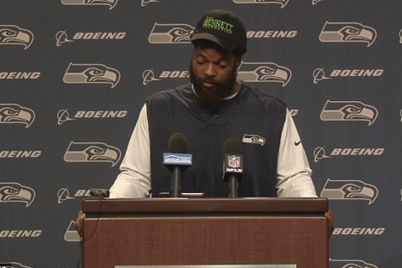 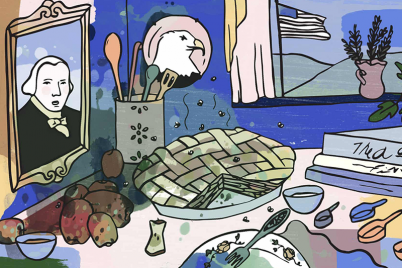 Imani Perry | The Guardian Two decades ago, while a law student, I took a class…