On Tuesday, Rep. Robert Pittenger (R-N.C.) appeared on a Fayetteville, N.C., radio show to talk about whatever Republicans talk about when they are asked to discuss the pile of lies in their nonsensical political agendas. The topic of conversation eventually reached Donald Trump’s public head nod to the white supremacist movement.

According to the Charlotte Observer, Pittenger immediately pivoted toward the accepted GOP talking point of comparing the wypipo supremacist movement (cleverly rebranded as “alt-right”) to the Black Lives Matter movement:

It’s a bit disingenuous to me that so much pressure and criticism has been put on President Trump for what he didn’t say, and yet when these things happen on the other side, silence … You look at the actions of Black Lives Matter and people like Al Sharpton who have not condemned it—we never heard President Obama condemn the violence of Black Lives Matter,” Pittenger said on WFNC radio’s“Good Morning Fayetteville.

When he was later asked to clarify his statement, Pittenger doubled down, saying, “While I have condemned white supremacists, I made no direct connection between Black Lives Matter and KKK. However, there is the reality of hate and violence with Black Lives Matter and antifa, and why should they be given a pass?”

You’ve heard this before.

It might have been one night when you sat on your remote control and accidentally turned to the Macy’s Thanksgiving Day Parade-sized head of Sean Hannity interviewing black white supremacist Sheriff David Clarke as he called Black Lives Matter “Black Lies Matter,” a “conglomeration of misfits,” “terrorists” and “criminals.”

Comparing white supremacy to Black Lives Matter is like comparing arsonists to firefighters. Both usually cause damage, but their intentions are diametrically opposed. As with most actions, everything boils down to intent.

For the sake of putting this issue to bed, let’s dissect the arguments against the concept of Black Lives Matter being the equivalent of the centuries-old white supremacy movement. Instead of using conjecture and opinion, however, let’s base the argument on facts.

There is a widespread belief that the Black Lives Matter movement is anti-police. They point to the Dallas ambush shooting where five cops were killed, even though Micah Johnson was found to have participated in many other organizations when police investigated his past and searched his online history—even the chief of the Dallas Police said they could find no affiliation with Black Lives Matter.

People often cite media reports of protesters chanting, “What do we want? DEAD COPS! When do we want it? NOW!” That video has been debunked as a protest that took place before Black Lives Matter was founded.

According to Alicia Garza, a co-founder of Black Lives Matter:

I created #BlackLivesMatter with Patrisse Cullors and Opal Tometi, two of my sisters, as a call to action for Black people after 17-year-old Trayvon Martin was post-humously placed on trial for his own murder and the killer, George Zimmerman, was not held accountable for the crime he committed. It was a response to the anti-Black racism that permeates our society and also, unfortunately, our movements. … It is an affirmation of Black folks’ contributions to this society, our humanity, and our resilience in the face of deadly oppression.

Well, nothing about cops there. In fact, if you search quotes by the founders of the movement or the official website of the organization, it is impossible to find a single anti-police sentiment.

To be fair, there are many people of color who carry disdain for law enforcement. Centuries of documented abuse and mistreatment by the criminal-justice system have fostered a deep mistrust and even hate for police. Some of those people are involved in the Movement for Black Lives, and some have even expressed this sentiment publicly, but that does not mean the entire organization or the movement itself dislikes cops.

For instance, I have a strong hate for the abomination that is cold ketchup, while many of my co-workers here have confessed that they participate in the evil practice of refrigerating their ketchup. Even though they are entitled to their completely wrong opinions, it would be silly of me to say, “The Rootbelieves everyone should keep their ketchup cold.” It would be stupid of me to say “The Root is anti-ketchup.”

It would be correct to assume some people involved with Black Lives Matter are against bad cops and some people at The Root are for bad ketchup.

Argument: Both white supremacists and Black Lives Matter are racist.

White supremacist groups like the Knights of the Ku Klux Klan, the American Nazi Party and others are specifically dedicated to the uplift and empowerment of white people. A few white supremacists and alt-right adherents claim that they aren’t racist and that they have no qualm with people of other colors, genders and sexualities. This notion is the simplest to debunk of all. Simply send a person of color to a KKK meeting, a neo-Nazi gathering or a white nationalist convention and watch what happens.

Conversely, every Black Lives Matter meeting, rally or symposium is filled with people of different races, ethnicities and sexual preferences. Black Lives Matter states it is “committed to acknowledging, respecting and celebrating difference(s) and commonalities.”

Because of the unrest in Ferguson, Mo., and Baltimore, coupled with the 2016 police ambush in Dallas at a Black Lives Matter rally, many have accused BLM of promoting violence. This is the same logic some people use to say that Islam is a violent religion, even though the stated goals of Islam and Black Lives Matter are founded in peace. Among the guiding principles of Black Lives Matter is, “We are committed to embodying and practicing justice, liberation and peace in our engagements with one another.”

To be fair, most white nationalist groups, from their founders to their members, publicly disavow violence. Here is the difference:

Black Lives Matter was founded on the principles of anti-violence. One of the movement’s specific goals is to end violence against black lives. It cannot achieve its end result through violence, and it teaches and reiterates that fact every chance it gets.

Even though white supremacists say their goal is not violence, the actions and words of white supremacists would lead you to believe otherwise. This is purely conjecture, but if you asked any person in a Klan robe or wearing a swastika if they want all black people dead, I imagine (again, without evidence) that the answer would be different from that of most members of Black Lives Matter.

Here are some quotes from white supremacist leaders:

But make no mistake, the age of innocence is over for whites politically. We are becoming a displaced minority in our own country thanks to Democrat policies. They tax the hell out of middle class families who might want to have more children while paying for welfare queens to have 5 or 6 babies they can’t support. They provide sanctuary cities for illegal immigrants who flood in from south of the border and import Islamists from the most dangerous countries on Earth. The time for supplication is over. We need to fight back!” —Jason Kessler, organizer of the “Unite the Right” March

It’s the right thing to be concerned about the immigration, because you see these fucking hordes of unwashed religious fanatics pouring across borders with no resources just thinking that they’re going to collect welfare and fuck our women and fucking breed us put of existence. That makes me want to bash people’s skulls open, I understand.

I ask myself this, in all things: WWHD? (What Would Hitler Do?). To be slightly more honest/specific, I ask myself what Hitler would do if he’d been born in 1984 in America and was dealing with this situation we are currently dealing with and also really liked 4chan and Anime. Hitler was, ultimately, the symbolic (and in some ways actual real life) culmination of traditional Europeanism. —Andrew Anglin, founder-owner of the Daily Stormer

Every non-White on the planet has to become extinct. We need to remove these minor-league amateur races out of the game, and refine the playoff brackets a bit, if you get my meaning. The whole world is ours, and the only part of the earth that non-Whites should inherit is however much it requires to cover them.” —Billy Roper, founder-organizer of “March Against Sharia Law”

Argument: But shouldn’t all lives matter?

Because the phrase “Black lives matter” is meant as a self-affirmation. Because there has never been a debate in the history of the United States about whether or not white lives matter. Because no statistical evidence or data exists that casts doubt on the value of white lives. Because it is indicative of the overwhelming privilege of whiteness that those who say “All lives … ” or “White lives …” can’t stand not being included in a conversation or catchphrase. Because this isn’t about you. Because … get your own shit. But mostly because of this:

Irish people get a pub in every city. There are German beer festivals and Italian neighborhoods and French classes in every high school in America. Black people are just “black.” We were dispossessed of our heritage and culture by America. It might not be your fault. It may not be the fault of your ancestors. It just is.

Whiteness is not real. It is a made-up thing some people are afforded the opportunity to become. They get to melt into the collective. They use it to make themselves stronger. They get to become “American” by default. To inherit the legacy and liberty of every war ever fought, every piece of progress ever made in this country. To believe in the supremacy of the fantastical myth of whiteness is your personal prerogative.

Stop trying to take that, too. 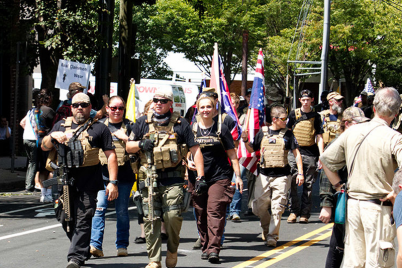 Under Obama, Blackness Grew Belligerent. Under Trump, the KKK Grows a Face 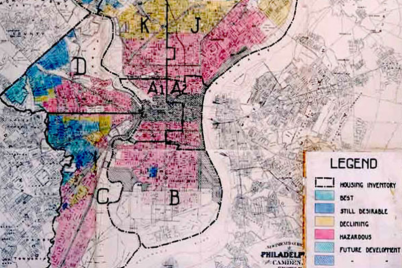 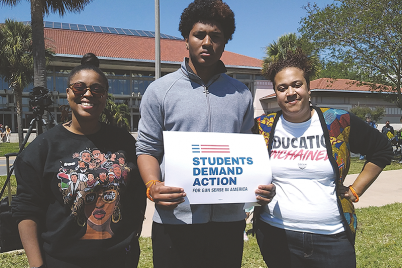 Dream Defenders support students in ‘March for Our Lives’

J.A. Jones, Staff Writer ST. PETERSBURG – In the week leading up to the nationwide…