Elizabeth Thomas believes almost every black person in the U.S. has an idea that their ancestors were enslaved, but it wasn’t until last year that she reached a new understanding about slavery’s impact on her family. Now, that discovery has changed her future.

Thomas’ mother Sandra began delving further into their family’s past after reading a New York Times article that described how Georgetown University president Thomas F. Melledy sold 272 enslaved people in 1838 to help fund the university. From there, Sandra Thomas learned from university records that her great-great grandparents Sam Harris and Betsy Ware Harris were among the infants, children, women and men sold.

Georgetown now offers preferential admission to the descendants of those enslaved people. Elizabeth Thomas, a 23-year-old aspiring journalist and Louisiana State University graduate, applied – and she got in. Now, the New Orleans native has the chance to attend a prestigious university, though her excitement is tempered by the knowledge of what her ancestors endured.

“It’s a complicated thing,” Thomas said July 5, a month after she received her acceptance letter into the university.  “I’m definitely grateful for the preferential status. It’s not something they had to do, but the fact that they did it is amazing.”

University records show Georgetown initially kept the 272 men, women and children on Jesuit plantations in Maryland to sustain the university. Priests later sold those people for $115,000, or $3.3 million in today’s dollars, to pay off the university’s debts as plantations became less profitable.

Those sold in bondage to Louisiana residents Jesse Beatty and Henry Johnson were scattered across cotton and sugar plantations in Pointe Coupee, Iberville, and Ascension parishes. They went on to labor “under dreadful conditions,” according to a September 2016 Georgetown report that called on university leaders to demand “reparative justice” for the institution’s actions.

The 102-page report’s findings, as well as the efforts of Georgetown professors, students, and descendants of the 272, resulted in a formal apology April 18 from university president John DeGioia. Another apology was issued by Rev. Timothy Kesicki, leader of the Roman Catholic religious order that helped found Georgetown.

Thomas used a portion of her application essay to explain the importance of having an opportunity to study at the school where her history begins in the nation.

“I don’t think my ancestors could have imagined their descendants attending the institution that enslaved them,” she concluded her essay. “I hope I can represent their legacy with the highest honor.”

Raised in a Catholic household, Thomas described feeling a “whirlwind of emotions” as she learned more about her family’s enslavement by priests. Thomas said she “can’t imagine” how strong her ancestors were to have been chained and brought to Maryland from Africa.

She was also quick to unwaveringly refute anyone who calls the advantage in admissions a “handout.”

“I don’t see it as a handout. The contribution my family, as well as other families, made to that school is unreal and is deserving of something,” Thomas said. 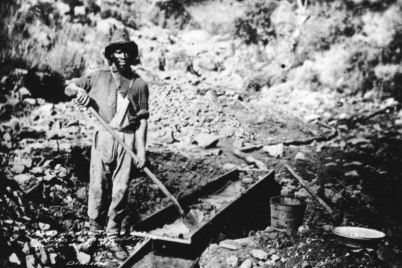 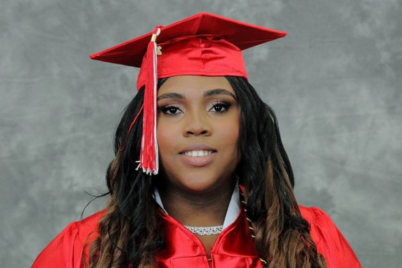 From Barbados to America