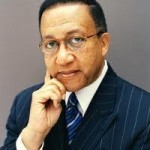 Major League Baseball’s home run king, Henry Louis “Hank” Aaron has just knocked another one out of the park.  But this time, Aaron wasn’t on a baseball diamond.  Aaron stood up boldly on the national stage and blasted a political homerun against Republicans who have made a sport of attacking President Obama.

In a recent interview with USA Today, Aaron, now 80 years old, said, “Sure, this country has a black president, but when you look at a black president, President Obama is left with his foot stuck in the mud from all of the Republicans with the way he’s treated… The bigger difference is that back then they had hoods.  Now they have neckties and starched shirts.”

The occasion was Aaron’s 40 anniversary of breaking Babe Ruth’s home run record on April 8, 1974 with his 715th home run.

In the aftermath of Aaron’s comparison of Republican opponents of President Obama to the Ku Klux Klan, there was a firestorm of criticisms aimed at Aaron, particularly in social media. Some baseball fans who preferred to retain a safe image of Aaron socking one into the stands and never revealing that deep down inside, he’s a man’s man.

Criticism over his use of the KKK analogy is nothing compared to what Aaron went through while chasing Ruth’s record.

“I was being thrown to the wolves. Even though I did something great, nobody wanted to be a part of it. I was so isolated. I couldn’t share it,” Aaron said. “For many years, even after Jackie Robinson, baseball was so segregated, really. You just didn’t expect us to have a chance to do anything. Baseball was meant for the lily-white. Now, here’s a record that nobody thought would be broken, and, all of a sudden, who breaks it but a black person [Bobby Bonds].”

But instead of been cheered, Hank Aaron, the ultimate gentleman, was receiving hate mail and death threats on a daily basis.

A reporter asked Aaron why he kept copies of hostile letters that he had received four decades earlier. He replied, “To remind me of the past and the present.” One letter that he received in the past read, “You are not going to break this record established by the great Babe Ruth if I can help it……. Whites are far more superior than jungle bunnies.  My gun is watching your every black move.”

“It wasn’t just the thousands of hate letters and death threats. He could handle those,” teammate Dusty Baker recalled. “It was the isolation. He couldn’t even stay in the same hotel as his teammates. His name was listed in one room, and he checked into another. Constantly, he had a security guard at his side.”

Baker also said, “Hank never showed his fear, but we did. I remember one day we were told that there was going to be this guy in a red coat that was going to shoot Hank in Atlanta. Hank told us not to sit by him on the bench. Me and Ralph (Garr) couldn’t concentrate one game. We kept looking for the guy in the red coat the whole game. Hank acted like it didn’t bother him, but I know there was a lot of pain.”

Another former teammate, Rich Casanova, recounted, “He told me, ‘I don’t want to be in this situation. What do I gain by breaking Babe Ruth’s record? But what am I supposed to so, quit playing? Quit hitting homers? I got to do my thing?

Brother Aaron has never been one to be fooled by curve balls on or off the field. And that’s why he was a vocal supporter of the Civil Rights Movement and now President Obama, who knows what it’s like to receive that kind of hate mail.

In that sense, Aaron is following in the rich tradition of Jackie Robinson, Muhammad Ali, Bill Russell, Jim Brown and other sports legends across the years who have used their celebrity status to support the freedom struggle in America.

Aaron said, “We are not that far removed from when I was chasing the record.  If you think that, you are fooling yourself.  A lot of things have happened in this country, but we have so far to go.  There’s not a whole lot that has changed.”

Thank you,  Hank Aaron. May all of our up and coming athletes have the courage and success of Hank Aaron.  May all of our elected officials also grow stronger backbones to effectively withstand Republican repression.  In the spirit of Brother Aaron, let’s hit more home runs for freedom. 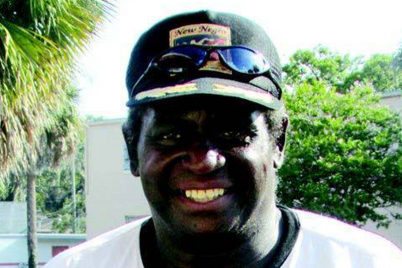 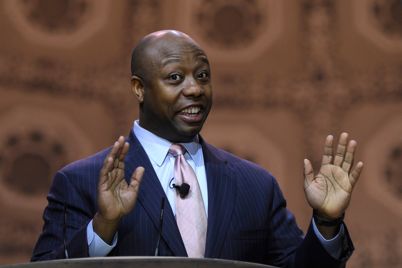 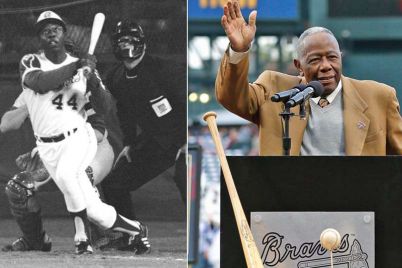 Tuesday was Jackie Robinson Day, and all around the league teams and players paid tribute…