American poet Langston Hughes was driven by a curiosity to explore the culture of African peoples.

Such curiosity took Hughes across the world. Three times, it took him to the breezy island nation of Cuba: the summer of 1927, the winter of 1930, and the spring of 1931.

On his third visit, as noted in his biography, “The Life of Langston Hughes,” he came to see “sunrise in a new land – a day full of brownskin surprises, strange dark beauties, and hitherto unknown contacts in a world of color.”

Not yet 30 years old, Hughes wandered the busy, warm streets, danced the rumba and listened to son, an African-inspired music. Everywhere he ventured, he absorbed “the heartbeat and songbeat of Africa” that he found in Cuba. That songbeat still resonates. And, today, if Hughes were to walk about Callejón de Hamel, a narrow but colorful stretch of streets in Central Havana, he’d see artists proudly showing their murals, sculptures, and paintings that depict African features. Every weekend, there are rumba performances, and local rappers — Havana’s street poets — use hiphop to fight racism and share the history of Africa.

To stroll here is to encounter an enthusiastic immersion into Afro-Cuban culture.

But Hughes’ time in Cuba was more than a leisurely stroll: His visits put him amid the long walk of African-descended people who came for cultural and political exchange.

Recently, that walk has included President Obama, who before he left office helped to normalize relations with the communist nation. He and first lady, Michelle Obama, visited in 2016, meeting with musicians, human rights leaders, and journalists. Before that, Jay-Z and Beyonce, traveled to Cuba in 2013 and were thronged by fans while walking in Old Havana. Today, Old Havana is a vibrant, historic, tourist zone, but when Hughes came through it was full of bordellos, inexpensive sailor cafes, and social clubs where Black cultural transformations percolated.

In 1930, Hughes stayed here, paying $1 a day to lodge at the modest Las Villas, at 20 Avenida Belgica, a three-story building with a courtyard, restaurant, and café-bar. In his leisure, the young writer strolled past the grand Teatro Nacional, the presidential palace (now the Museum of the Revolution); Parque Central, Barrio de Chino (Chinatown); and El Prado, the wide, airy, tree-lined boulevard that separates Old Havana from Central Havana.

In fact, in the 1920s-30s, Hughes walked into a Cuba grappling with race and class issues. He found himself amid an emerging community of artists, intellectuals, and radicals – many of them from Guatemala, Venezuela, and Nicaragua. They saw Cuba as a cultural mecca and were drawn by the Pan African and Afro Caribbean dialogue. These conversations helped to spark Afrocubanismo, a moment when Cuban literature, music, art, and dance were being mined for their African connections.

Hughes boldly stepped into this “vanguard” moment, said David Antonio Carranza Miranda, a physician and independent scholar in Cuba. When the poet came in the 1930s, said Miranda, his work had already been published in Cuba and he was greeted as a celebrity, and when he questioned the nation’s claims of racial harmony, his voice had broad influence.

In Cuba, the poet did see signs of discrimination. In one incident, in 1931, Hughes and an African American friend went to a beach leased to Americans. It was a place where “colored” Cubans were excluded. Hughes and his friend were denied entry. The Havana dance halls also reminded Hughes of the racial codes in Harlem’s Cotton Club. Similar to their American counterparts, most of the clubs’ patrons were white males; the female dancers were white or mulatto. The band members were Black. They could perform at the clubs but were not welcomed as clientele.

These racial practices did not go unexamined, and when Hughes came to Havana, he fit in among the progressives who discussed “freedom” and the “common purpose” regarding “the Negro interests,” said Miranda, 37, who studies revolutionary and labor history. After all, said the researcher, this was a time of the Negro Renaissance, Negritude, and Negrista, important literary and cultural movements. Hughes became immersed in these movements. He visited Black sculptor Ramos Blanco’s studio, which was known as a gathering place for radicals. He dined at the Nuevo Mundo café, where he was feted by Cuban writers, painters, and artists.

Perhaps, most importantly, Hughes was in contact with the Latino Jose Antonio Fernandez de Castro, a journalist who “loved Negro Cuba” and aided Hughes’ interactions with Afro-Cuban artists and writers.

In 1930, Hughes met the Afro-Cuban Nicolas Guillen who, inspired by Hughes, would go on to write verse that reflected the rhythms of Afro-Cuba and later become known as the island’s National Poet. Guillen interviewed Hughes for the Diario de la Marina, a major Havana daily that had a page dedicated to fighting racism.

On this page, Guillen recorded the American writer’s love for his people and his desire to “sing” their experiences through poetry. Hughes would later translate the poetry of Guillen for American readers and seed a friendship that would last for decades.

Because of this, Guillen was pleased when his friend returned to the United States and wrote his own poetry about the pleasures of Cuba – in “Havana Dreams” – and the nation’s struggle against imperialism – in “To the Little Fort of San Lazaro on the Ocean Front, Havana.” Hughes came to Cuba and observed the complications of race, said Tomás Fernández Robaina, an Afro-Cuban scholar who has taught for 55 years at the National Library in Central Havana.

Robaina, 76, says there was discrimination in some hotels and many other places. It mostly existed among the white bourgeois, but if someone wanted to go to Havana, drink in a bar and other places, there was none.

What Hughes and Guillen had in common, he said, is they were poets and loved literature and were proud people fighting for better relationships between Blacks and whites: Hughes in the United States and Guillen in Cuba.

Moreover, Hughes’ outspokenness on race resonated from Harlem to Havana. Wherever he went, the poet’s personal and artistic connections raised questions of racial pride. In Cuba, said Robaina, he helped to give society “a consciousness” of its African roots.

Hughes died in 1967 at age 65. Today, however, 90 years after the poet was first in Cuba, that consciousness of race continues to echo.

It beats, still, through the lively Afro-Cuban art and music pulsating on Callejón de Hamel, and in hearts and minds across the nation. 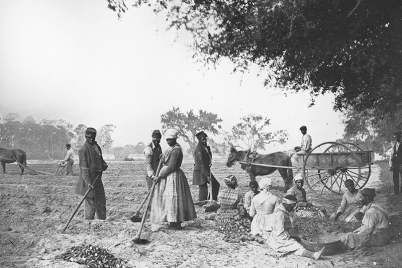 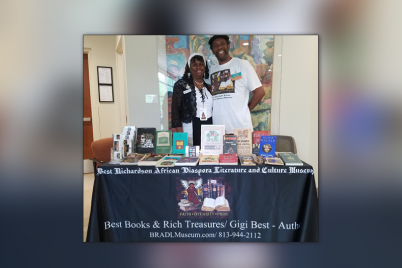