Actress and radio performer Hattie McDaniel became the first African American to win an Oscar in 1940, for her supporting role as Mammy in ‘Gone With the Wind.’

Who Was Hattie McDaniel?

Actress Hattie McDaniel was born on June 10, 1893, in Wichita, Kansas. By the mid-1920s, she became one of the first African-American women to perform on radio. In 1934, she landed her on-screen break in the film Judge Priest. She then became the first African American to win an Oscar in 1940, for her role as Mammy in Gone with the Wind. In 1947, after her career took a downturn, she began starring on CBS radio’s The Beulah Show. McDaniel died on October 26, 1952, in Los Angeles, California.

Academy Award for ‘Gone With the Wind’

In 1939, McDaniel was widely seen in a film that would mark the highlight of her entertainment career. As Mammy, the house servant of Scarlett O’Hara (Vivian Leigh) in Gone With the Wind, McDaniel earned the 1940 Academy Award for Best Supporting Actress—becoming the first African American to win an Oscar. Yet all of the film’s black actors, including McDaniel, were barred from attending the film’s premiere in 1939, aired at the Loew’s Grand Theatre on Peachtree Street in Atlanta, Georgia. 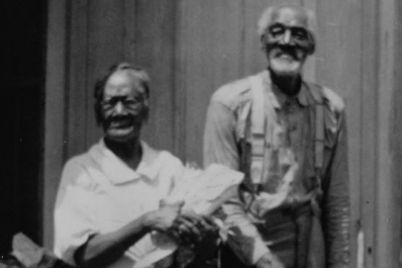 Are slave narratives useful to my family tree research?

Tracing Your Roots: A primer for using the Federal Writers Project collection, among…