On a hot day in June 1869, a steamship called The City of Port-au-Prince waited at the docks in New York City to play a small part in history.

Boarding the ship that day, along with his family and surrounded by dignitaries, was Ebenezer Bassett, the first African-American to be named as a diplomat for the U.S. – just a few years after the end of the Civil War.

Bassett, whose grandfather was a slave before winning his freedom by serving in the Revolutionary War, had been named minister resident of Haiti by President Ulysses S. Grant. 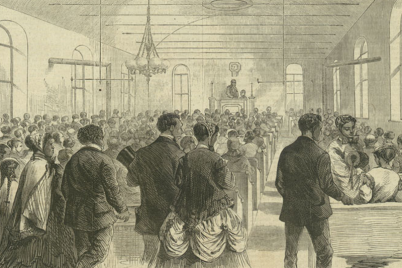 The Grim History Hidden Under a Baltimore Parking Lot