Hue Jackson and his Cleveland Browns staff are coaching the south team at the annual Senior Bowl in Alabama. It gives the team an ability to look at some of the top senior prospects in the upcoming 2017 NFL Draft.

With that comes a first-hand look at potential quarterbacks the team may select. Picking No. 1 overall in the draft, Cleveland itself has been linked to Clemson product Deshaun Watson during the early stages of the evaluation process.

And while Watson is not in Mobile for the week-long events, Jackson himself touched on the possibility of the Browns selecting a quarterback with the first pick. He also made sure it was important the media knew it was imperative for Cleveland to add a quarterback during the offseason.

“We all a know a quarterback is very important to our football team. But is he the best player? We’ve got to find that out. We need to put one on our team. We’re going to find one,” Jackson said, via the Akron Beacon Journal. “I promise you guys that. We’re going to do that. I think that’s imperative. I think we all know that, and that’s what we’re going to accomplish.”

To say that the Browns’ quarterback situation was a mess this past season would be an understatement. They saw three different players start under center with five quarterbacks in total attempting passes. When all was said and done, the Browns threw a total of 15 touchdowns en route to winning just one game.

The interesting dynamic here is that Jackson himself wouldn’t rule out the Browns trading down from the top spot. That likely wouldn’t come to fruition unless another team grew worried that either Cleveland or the San Francisco 49ers (picking two) were looking for a defender at the top of the draft.

Either way, Jackson has made it clear the Browns aren’t happy with their current quarterback situation. That’s not a surprise. Though, the bluntness in which he spoke about it surely was.

Matt Birch, The Sports Daily | Source, MSN The Cavaliers have shown a tendency to endure…

By Dan Friedell, Fatherly In 1955, an all-black Little League team from the Cannon… 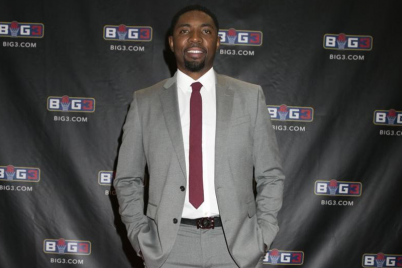