Protecting open secrets in the name of community is like sweeping glass with your bare hands. It’s unwise, impractical, and somebody always gets cut. I’m one of the writers who was cut in the aftermath of what is now simply known as #EbonyOwes.

In April 2017, writer Jagger Blaec began to notice writers on Twitter complaining about late payments from Ebony magazine. She asked other freelancers, who confirmed they’d had the same experience. Thanks to Blaec, the hashtag #EbonyOwes proliferated, publicly calling out the historically black-owned magazine for shady behavior and sparking a conversation that, when the company blew their deadline to pay writers, led to a lawsuit four months later.

The irony of a black-owned publication reportedly owing $70,000 to 38 freelance writers made headlines. For some, it was hot gossip. For others, it was shocking and unimaginable that a publication so reputable could operate like this.

Last year i wrote a piece about Obama for @EBONYMag and like others still haven’t been paid or even responded to. So trifling. #EbonyOwes pic.twitter.com/n9ekuIKPxj

But as a black woman who grew up reading Ebony and later wrote for its pages, this was a different level of pain. Ebony was family. Ebony allowed a young black girl like me to see myself in ways that simply wasn’t possible in other magazines. When I was a child, black girls were not reflected in the images in Vogue, People magazine, Cosmo, or any other mainstream publication. My stories weren’t shared in those spaces, advertisers didn’t market to me there, and not a single model looked like future me. It was a world where I wasn’t even considered, let alone seen. I was invisible.

Ebony was a centerpiece of my family’s home. In my grandmother’s house in Yonkers, it was part of the living room design. In the 80s, if you entered any living room of an older black woman, you were likely to see the following things: plastic-covered furniture and EBONY Magazines spread across the coffee table, next to her Bible with a family tree inside. When the magazines got old, they were demoted, but never tossed out. They found their way from the living room into the magazine rack in the bathroom.

I remember the exact words that transitioned Ebony from my grandmother’s magazine to mine. In August 2015 the magazine published a cover that read “America Loves Black People” with the word “people” almost crossed out and the word “culture” written on top of it. I didn’t need to open the magazine to understand what the cover implied. The cover spoke directly to what it felt like to be a citizen in a country that loves what you create and produce but doesn’t always seem to love you as a person.

In Ebony, I was considered, reflected, and highly visible. Ebony shared stories about me. I opened the pages and saw myself. I saw what I could be. I saw my community.

Still waiting on my $2,000 from @EBONYMag months after my work. Per my contract w/@thekylesfiles it’s 150+ days PAST DUE #freelanceisntfree

I knew in that moment that I had to be published in Ebony. I went from casually buying them monthly to ordering a subscription and reading it from cover to cover. It became a constant vision board goal. My persistence, talent, and faith pushed it from a goal to reality. But it was a slow process. I started out writing for the digital publication and, after nine months, I got an assignment for the print issue.

A copy arrived this past May before it hit the stores and it felt like Christmas. I opened the magazine and went directly to the contributor’s page and stared at my picture and read my bio as if I hadn’t written it myself. It was by far my proudest moment as a writer. This feeling was magnified when my seven-year-old daughter opened the magazine and saw my face. I could see that familiar look of pride on her face. The feeling of pride lasted for months as news spread in my family that I was published in Ebony. My grandmother purchased a copy and placed in the center of the coffee table, next to the Bible with all the family names recorded.

It was a rewarding experience that was reflected everywhere but my bank account. There is typically a few-months gap between the time you receive an assignment for a print publication and the time the magazine hits the stores. By the time my first article was published in the print magazine I was not-so-patiently waiting for payment for the several articles I wrote for the digital publication. (I’d been paid for some digital stories but not for others.)

When my checks did not arrive I just assumed they were slow. I gave them grace because it was Ebony. Then months passed and the email responses from the accounting department weren’t producing any results. I started to wonder if this was less a slow payment than just… no payment.

Update: EBONY told me + other owed freelancers we’d be paid by June 30. Still nothing. #EbonyOwes https://t.co/Ccdu6rQYiB

I reached out to the EBONY contributors I knew and they all had the same story. Still waiting for payment months after invoicing. Some were waiting for hundreds. Others for thousands. “Oh, I thought you knew EBONY never actually pays their writers,” some of them said. “I thought you were just writing for them for the byline.” After several of those conversations it became clear that this was an open secret that remained protected because of the internal conflict of publicly outing a black-owned publication. The secrecy was understandable, but also allowed abuse to grow.

I wrestled with this conflict for months. I knew they were in breach of contract. But would I really have to take Ebony to court to be paid? MY Ebony? The steady flow of bills and my responsibilities as a single mom answered that question for me. I made the difficult decision to join a class action lawsuit to sue for the money Ebony owes me.

It feels like I’m getting into a public physical fight with my cousin. I doesn’t feel right. It’s embarrassing, and on some level I still feel protective. Do I really want to swing this hard on cousin Ebony? But cousin Ebony swung first, and she swung the hardest. No matter who wins this “fight,” a community really lost. The black community may no longer have a revered black magazine that values, loves, and reflects us. Ebony the business may remain, but the legacy and impact may be gone forever.

I am hopeful the settlement will grant us what we are owed financially. But as a black woman writer my losses can’t be quantified in a settlement. No judge can award what Ebony truly owes.

Embracing Whiteness Won’t Save You 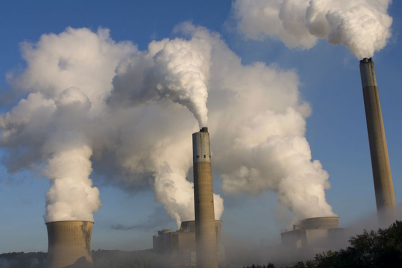 You Want to See Racism in Action? Look at Where We Dump Our Toxic Waste.

Charles P. Pierce | Esquire There is in Alabama a poisoned place called Uniontown. Its…