In an instant, the world changed. Rumbling cannon fire from across the river announced the presence of federal troops. For the enslaved people in Fredericksburg, Va., on Good Friday morning in 1862, that sound meant freedom.

My wife, Carol, and I had come to Fredericksburg to trace the Trail to Freedom. It’s two trails, really: one a walking tour in Fredericksburg, detailing the life of former slave John Washington; the other a driving tour of Stafford County, recounting the migration of approximately 10,000 self-emancipated slaves from central and eastern Virginia during a four-month period in 1862. Washington was one of them.

Most of those 10,000 people are lost to history, but we know about Washington because he wrote a memoir in 1877 detailing his 24 years in bondage, most of which was spent within a 10-block radius in downtown Fredericksburg. It’s an invaluable resource because so few accounts exist giving insight into the day-to-day lives of slaves.

Washington “finds a way to make clear that being enslaved was a powerful mental condition — not just a physical ordeal — and he never lets the reader forget that,” said John Hennessy, chief historian of the Fredericksburg and Spotsylvania National Military Park, which administers the trail.

To get a sense of Washington’s life, we read his memoir then listened to the informative podcast on the Trail to Freedom website, which describes in rich detail each of the eight stops along the walking tour. Armed with this information, we entered Washington’s world. 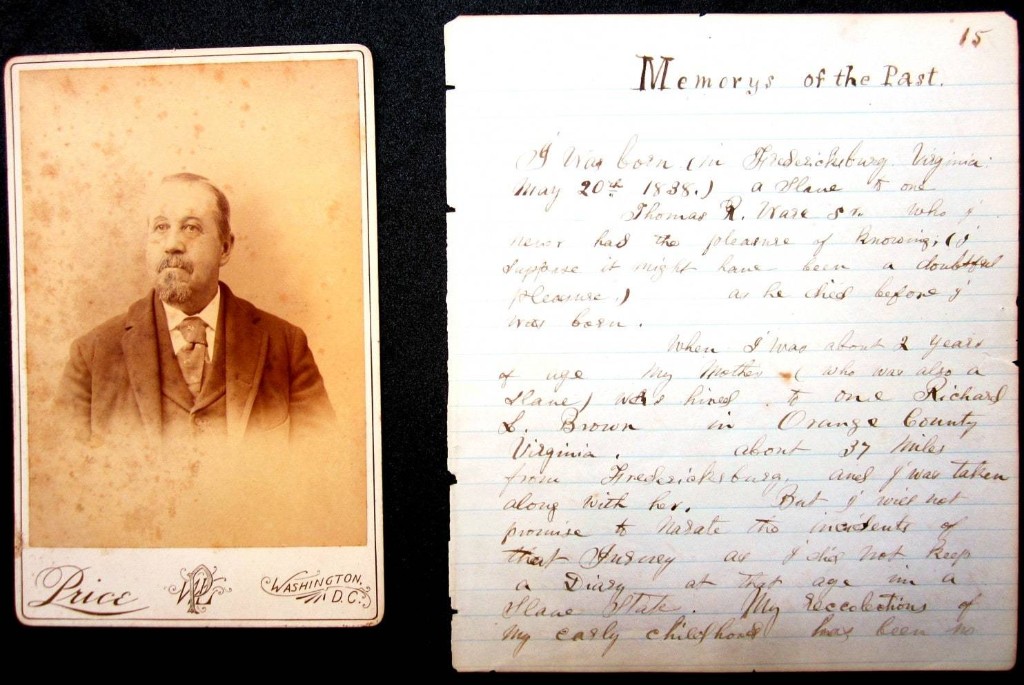 He was an urban slave, born in 1838, and as such his life differed from those of slaves who toiled in the fields. For one thing, his mother, Sarah, was literate and taught him the alphabet. She and her five children were owned by Catherine Taliaferro of Fredericksburg.

The first stop on the tour was the former Farmers’ Bank building at the corner of George and Princess Anne streets, where Washington spent much of his childhood as Taliaferro’s household servant. Her husband and two sons had been managers at the bank, and she was granted the privilege of residing in the upstairs living quarters. Today, this imposing federal-style, red-brick structure houses a restaurant: FoodE (pronounced “foodie”).

Dressed in fine clothing, young Washington spent tedious hours here sitting on a footstool and awaiting his owner’s whims. His mother and siblings lived a few blocks away on Sophia Street and were hired out as workers by their owner. We looked up at the second-floor window above the side entrance on George Street, imagining the lonely boy gazing out at the life of the city around him.

While he was living here, his greatest fear came to pass. Taliaferro sent Washington’s mother and siblings away to work in Staunton, Va.

On the night before she left, Washington’s mother came to his room on the second floor and said her goodbyes. He was devastated and now truly alone. He was 11 years old.

“Then and there My hatred was kindled Secretly against my oppressors, and I promised Myself If ever I got the opportunity I would run away from these devilish Slave holders,” Washington later wrote. 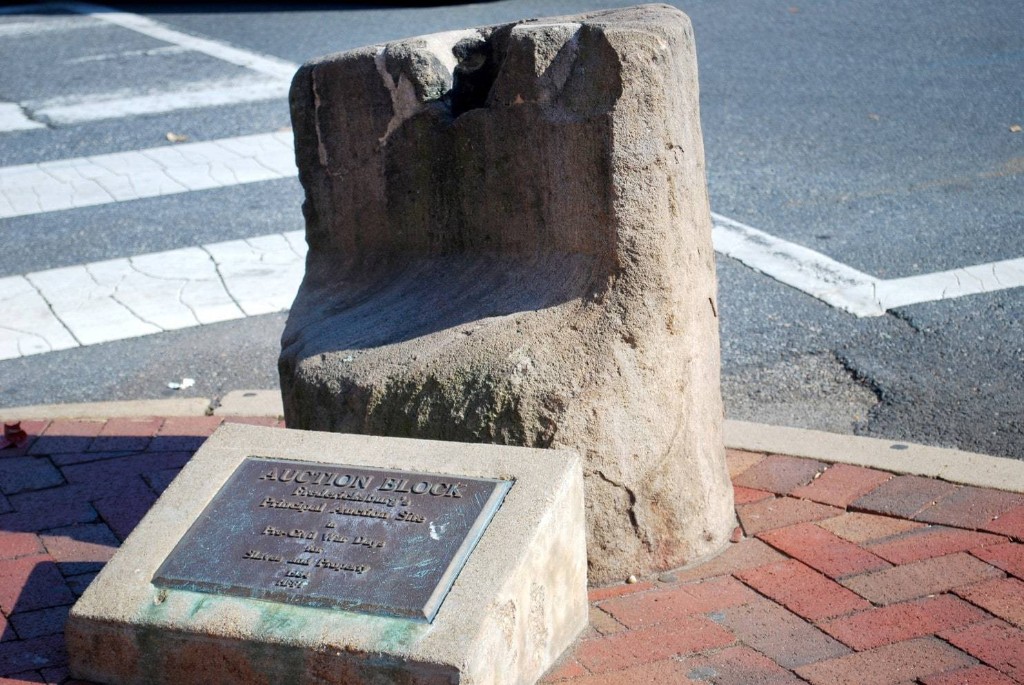 He saw his mother once in the next 12 years. Mother and son eventually reunited, probably in the District. Sarah died in 1880, and is buried in Georgetown’s Mount Zion Cemetery.

We next walked across Princess Anne Street to Faulkner Hall on the St. George Episcopal Church grounds, where Washington attended Sunday school. This small, single-story brick building offered a precious brief escape from the oppressive oversight of his mistress. He fondly remembered Olive Hanson, his kind Sunday school teacher, in his memoirs.

We continued around the corner to the busy intersection of Charles and William streets to observe an angular stone block where slaves stood at auction to be sold or temporarily hired out. Although Washington was hired out to other owners several times during his life as a slave, there is no evidence that he ever stood on this block. But there is plenty of evidence that thousands of others did.

When Washington was 17, he became a member of the African Baptist Church on Sophia Street, where the Shiloh Baptist Church stands today, receiving baptism and later marrying here. “And many happy moments have I spent with the Church in its Joys and Sorrows at that place,” he wrote.

The church was perhaps the only institution available to enslaved people. “It was undoubtedly a haven of hope and a site of solace for those who were enduring the suffocation of slavery,” said Mark William Olson, of Shiloh Baptist Church’s history and archives committee. In 1863, freed slaves from the Fredericksburg church founded the Shiloh Baptist Church in the District.

The approach of federal troops across the river from Fredericksburg on April 18, 1862, sent white citizens into a panic. At that time, Washington had been hired out to the Shakespeare Hotel on Caroline Street. This building no longer remains. 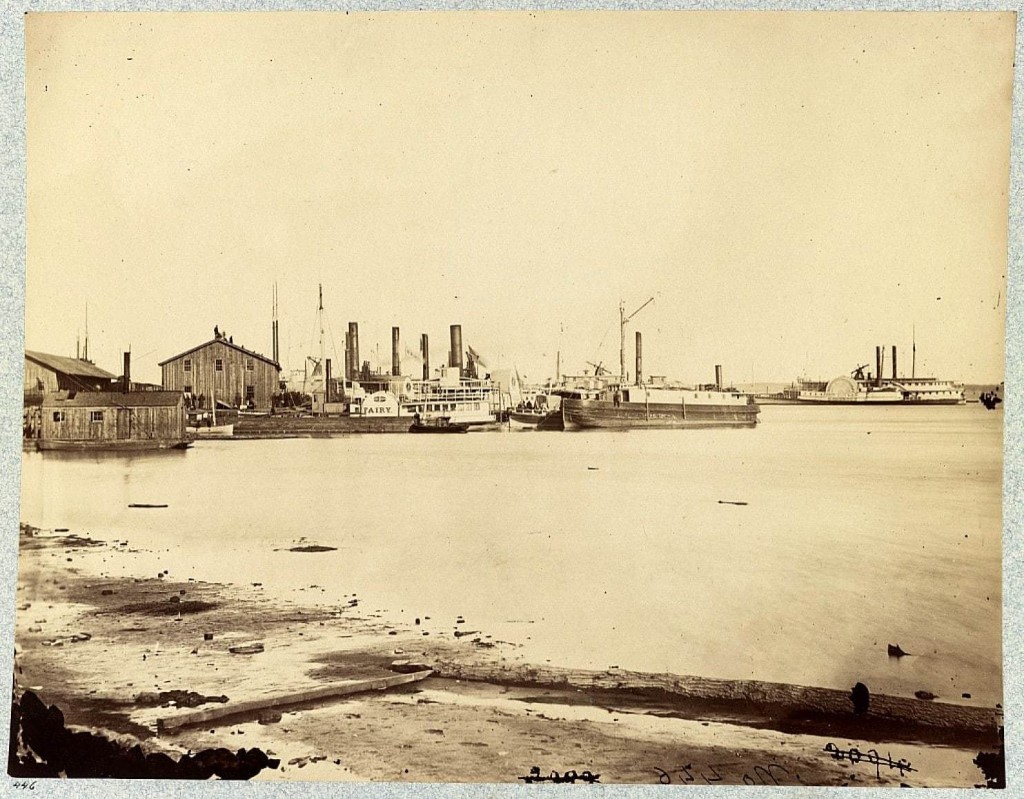 In his haste to evacuate, the hotel’s owner gave Washington money to pay off the servants and orders to lock up the hotel, which he faithfully did, after taking time to toast the Yankees’ health.

Then Washington did something astounding: He went to the Farmer’s Bank to see Taliaferro at her upstairs residence.

She was packing her silver when Washington arrived. “Child [he was 24 and married at the time] you better come and go out in the country with me,” she said. He told her he had to return to the hotel but that he would come back. But he had no intention of returning. On this day, he fulfilled his vow to seek his freedom.

Leaving his wife, Annie, behind, he crossed the Rappahannock on a Union Army boat near what is now Old Mill Park on Caroline Street. (Annie would join him later.) Today, the ruins of the mill are still visible. We walked along the river’s edge, thick with sycamore and elm trees, and looked across the river into Stafford County.

The distance was short, but the effect of that crossing was earth-shattering.

“I had begun to fee[l] like I had truly escaped from the hands of the Slaves Master and with the help of God, I never would be a Slave no more,” Washington wrote. A historical marker opposite 2622 Caroline St. explains Washington’s escape. Once across the river, Washington offered his services to the Union army, serving for four months as an aide and cook.

And here, the driving tour picks up the story of the 10,000 self-emancipated slaves.

Word spread throughout the slave population in central Virginia that deliverance lay across the river. Thousands made their way eastward through Stafford County on foot, by cart or by train. 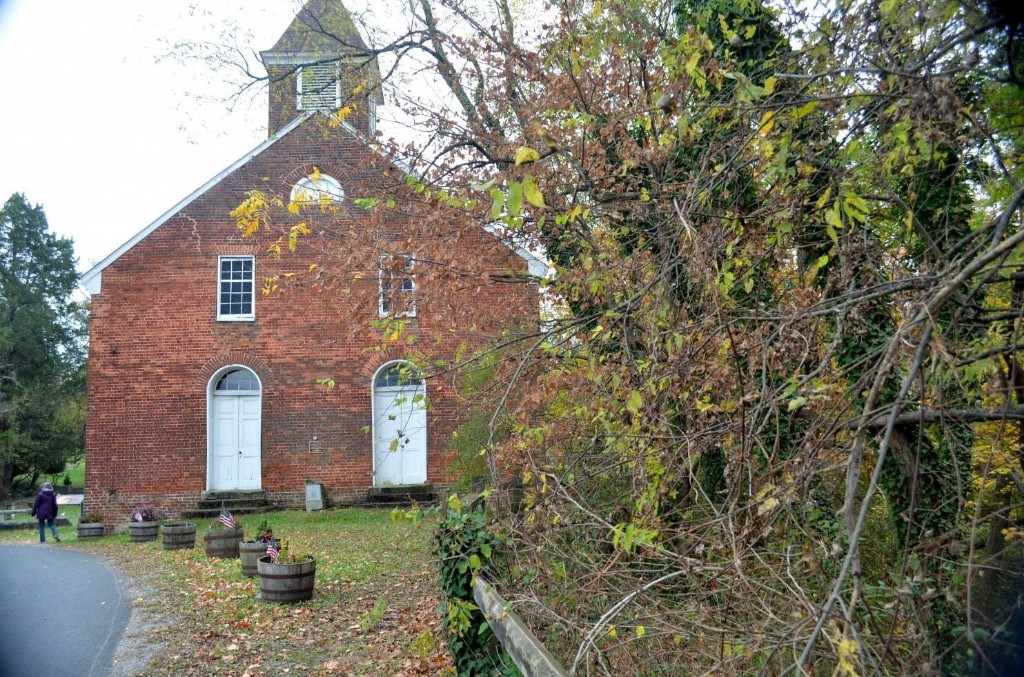 Their goal: Aquia Creek Landing on the Potomac River, where federal steamships would take them to safety in Alexandria and the District.

“[This was] one of the most concentrated exoduses of refugees seen anywhere in America,” Hennessy said. “The Rappahannock River constantly filled with rafts.”

The New York Times reported: “At daybreak the exodus began, and out of every gate and alleyway sallied groups of men, women and children, carrying bundles, trunks and boxes, and bending their steps to the railroad station.”

Remnants of the migration are few today. We relied on information presented on panels at each of the 10 stops on the driving tour to provide context.

At the Falmouth Beach stop, we observed a photo of freed slaves in ox-drawn carts traveling on the road as Union soldiers look on.

At the Chatham Manor stop, another huge photograph portrayed recently emancipated women and children crowded into a wagon staring forlornly at the camera, uncertain of their fate.

“These men and women [made] decisions for themselves and their families to embark on an uncertain world,” Hennessy said.

The world was uncertain, but they were free.

Lee is a writer based in Virginia Beach. Find him on Twitter: @writer1218.

When Ida B. Wells Took on Lynching, Threats Forced Her to Leave Memphis

By Becky Little | History Journalist Ida B. Wells was already out of town when she… 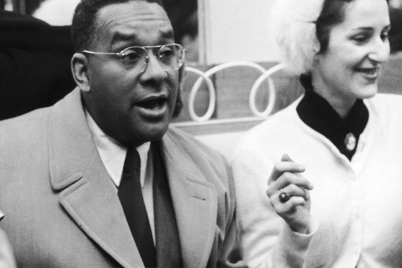