You may think vitamin D is little more than a component in your daily multivitamin.

But the so-called “sunshine vitamin” is more complicated — and potentially more beneficial — than you might have imagined.

It’s long been known that vitamin D helps bone growth and strength by increasing the body’s absorption of calcium, magnesium, iron, and other beneficial minerals.

But some of vitamin D’s unique characteristics — and its lesser-known benefits — may make it worth talking to your doctor about.

Unlike other members of the vitamin alphabet, vitamin D defies easy classification.

That’s because it could actually be considered a hormone, since it’s synthesized in the liver and kidneys.

Another unique aspect of vitamin D is the fact that, apart from fatty fish oil, vitamin D is rarely found in food.

The essential nutrient is dependent on body chemistry — and because everybody is different — it’s worth getting an expert opinion.

“I always measure vitamin D,” Dr. Jenny Goodman, Nutritional and Environmental Medicine specialist from the British Society for Ecological Medicine (BSEM), told Healthline. “It’s very important because you can theoretically overdose — it’s very unlikely, but still technically a risk. You could never overdose on vitamin C or the B vitamins, because they’re water-soluble and you just pee out whatever you don’t need.”

Any B or C vitamins will be gone from your system within a few hours, Goodman noted. But, that’s not the case with vitamin D.

That’s why she tends to measure patients’ levels before suggesting they take it.

Goodman said that humans once got enough sunlight to produce sufficient vitamin D, but times have changed.

“We all evolved from Africa, we didn’t evolve with clothes on, and we didn’t evolve indoors. So our basic natural state is to be running around under an African sun with very little covering on,” she explained.

“Even in the Northern Hemisphere, until the Industrial Revolution, most people worked outside all the time, and they got by.”

After the industrial revolution, people began spending more time indoors, in offices, and at home.

Goodman said that unless you happen to have a job as a gardener or a landscape designer, you likely won’t get enough sun, even through the summer, because you’re just not outdoors enough.

“People’s requirements vary, which is why levels should be measured,” she added.

The link between healthy vitamin D levels and healthy bones is well-known.

But more recent research sheds light on a wider range of possible benefits.

Researchers at the Harvard School of Public Health (HSPH) found that low levels of vitamin D could accelerate the progression of multiple sclerosis (MS) for people in the early stages of the disease.

Getting enough vitamin D may protect against this.

Recent research out of the University of Birmingham, published in PLOS ONE, suggests that increased levels of vitamin D in the blood can help optimize muscle strength.

Lead study author, and Clinical Lecturer at the Institute of Metabolism and Systems Research at the University of Birmingham, Zaki Hassan-Smith, PhD, told Healthline in an email that researchers hope to learn more about this connection in future studies.

“We found that the receptor which vitamin D is known to act through was present in muscle from our research volunteers,” he wrote.

“We also observed associations between serum vitamin D levels and a number of genes that are involved in muscle function,” he added.

Hassan-Smith says that his team is seeking funding for trials of vitamin D in different groups, including the elderly and high-performance athletes, in order to better understand optimum doses of vitamin D. He also points to other research into possible health benefits.

“A recent BMJ study has suggested that there may be benefit in [vitamin D] reducing respiratory tract infections, but the jury is still out,” he wrote. “There are large scale randomized controlled trials due to report in a number of health outcomes that should give us a clearer idea in the next two to three years.”

Goodman says that this BMJ study, which shows a link between vitamin D levels and immune system health, could be a game-changer.

“Our bodies are producing cancer cells all the time, but what happens is our immune system detects that there’s an alien cell and it destroys it, just as it would destroy a bacterium — and it does not work properly without vitamin D,” she said. “I see particularly low levels of vitamin D in my patients with breast cancer.”

She suggests that anyone who has had cancer, particularly breast cancer, should have their levels checked immediately.

Goodman also suggests a link between healthy vitamin D levels and brain function, telling Healthline, “You’ve got to remember that the brain is a fatty organ … All the nerve cells are basically coated in a myelin sheath, which is basically fat.”

Some options may have too much vitamin A, and many use a cheap, synthetic form of vitamin D, called vitamin D-2, according to Goodman.

“Vitamin D-3 is the real thing. It’s what our body makes from sunshine. Multivitamins really are a cheap substitute for eating properly,” she added.

It’s worth noting that the body cannot create vitamin D if it doesn’t have the necessary components to do so. “One of the causes of vitamin D deficiency, especially in women, is low-fat diets,” said Goodman.

People who don’t have enough fat in their diets won’t get enough vitamin D because it’s a fat-soluble vitamin, she explained

Source: Simplicity at Home 1. Protein Bars Seen as a better alternative to a candy… 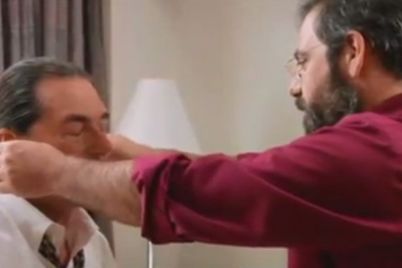 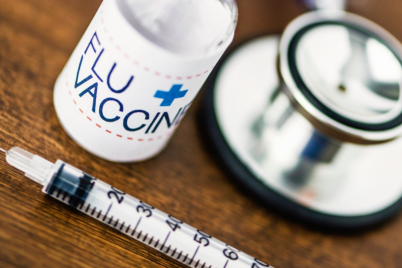