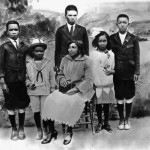 Jack Roosevelt Robinson was born in Cairo, Georgia on January 31, 1919.

Jackie (second from the left) was the youngest of five brothers and sisters. Robinson’s stay in Georgia was short-lived, as he moved with mother and siblings to California shortly after his father left in 1920. 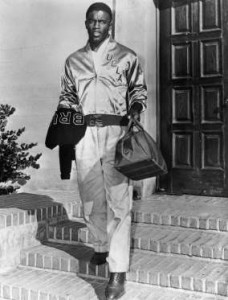 Robinson won the 1940 NCAA Men’s Track and Field Championships in the long jump.

Surprisingly, in addition to playing football and basketball, he played just one season of baseball at UCLA, hitting only .097, not the start you’d expect to lead to a Hall of Fame MLB career. 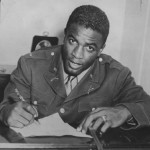 Robinson was drafted in 1942 and served until 1944, when he received an honorable discharge after an incident where he refused to sit in the back of a military bus. He never actually saw any combat. 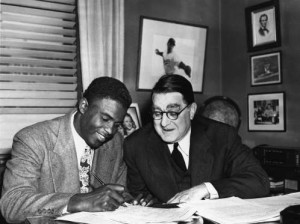 Robinson signed with the Kansas City Monarchs of the Negro Leagues, and it was here where he drew the attention of Brooklyn Dodgers GM Branch Rickey.

Late in 1945, Robinson signed his historic deal with the Brooklyn Dodgers, paving the way for him to become the first black player in Major League Baseball. 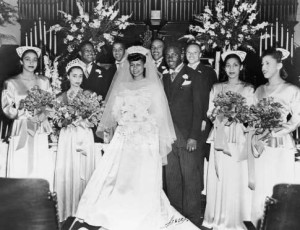 Robinson married his college sweetheart in February 1946. The couple welcomed their first child to the world later that year.

Mr. and Mrs. Robinson ended up with a total of three kids: Jackie Jr., Sharon and David.