In the wake of Steve Fisher’s retirement, one of his former players is hoping that he’ll be recognized. Jalen Rose, a member of Michigan’s famed Fab Five, believes that Fisher should be in the Hall of Fame. If that doesn’t happen, Rose believes that fellow Fab Five member Chris Webber is to blame.

Because of Michigan’s basketball scandal, the banners that the Fab Five earned for two straight trips to the Final Four don’t hang at Crisler Arena. Rose believes that Webber’s actions, or lack thereof, have hurt Fisher more than anyone.

“Chris Webber didn’t own what he did and still hasn’t apologized, and there’s been a lot of collateral damage because of that, the number one person [affected by that collateral damage] being Steve Fisher,” Rose said, via Dana O’Neil, ESPN.com. “He wasn’t the person who lied to the grand jury. He’s not the person not choosing to apologize or reconcile any of that. Yet what he accomplished doesn’t get recognized.”

Fisher became Michigan’s coach just ahead of the 1989 NCAA Tournament, replacing the departed Bill Frieder. Those Wolverines went on to win the National Championship. In the fall of 1991, Webber and Rose joined Juwan Howard, Jimmy King, and Ray Jackson to form the Fab Five, five freshmen who eventually started for Michigan.

Led by Fisher and the Fab Five, the Wolverines made the National Championship Game in 1992, losing to Duke. They returned in 1993, but lost to North Carolina, with Webber’s illegal timeout and subsequent technical foul being the lasting image.

Years later, the group’s involvement with the now late Ed Martin came into question. The eventual result was the 1992 and 1993 banners being removed, effectively wiping the Fab Five out of the record books. Rose is upset about that, particularly in comparison to John Calipari, who’s had banners removed at both UMass and Memphis.

“Because of Chris lying to the grand jury, the banners aren’t hung for a coach who coached in three national championship games,” Rose said, per O’Neil. “It’s like he never coached in them. There’s nothing to acknowledge his accomplishments. Not to compare, but that’s why I affectionately call my good friend, John Calipari, Teflon John. They hung a banner for him.”

Indeed, the scandal definitely hurts Fisher’s Hall of Fame candidacy. But he’s also hurt by the fact that following 1993, his teams never made it back to the Final Four. After the 1994 appearance in the Elite Eight no Fisher led team ever made it past the Sweet 16.

BY EMILY CRANE FOR DAILYMAIL.COM This is the tragic mugshot of former Oregon football… 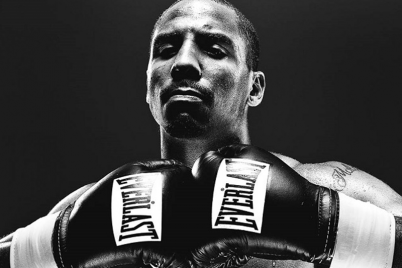 By Richard Corley | ProBoxing-fans.com The boxing world was surprised late last year when…