The last known survivor of the transatlantic slave ships, brought to the US in 1860, has been identified by an academic at Newcastle University.

Sally Smith was kidnapped from West Africa by slave traders and lived until 1937 in Alabama, staying for more than 70 years on the plantation where she had been enslaved.

Hannah Durkin made the discovery in first-hand accounts and census records.

The previous last known survivor had been a former slave who died in 1935.

Dr Durkin, whose research has been published in the journal Slavery and Abolition, says it almost seems “shocking” that the story is so close to living memory. 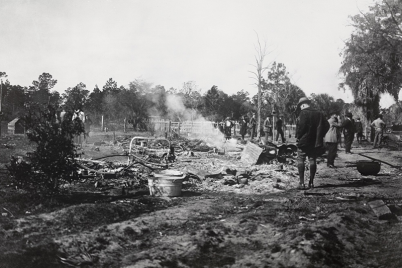 A white mob wiped this all-black Florida town off the map. 60 years later their story was finally told