After more than 40 years in public office California Congresswoman Maxine Waters is willing to risk it all to impeach President Trump. The notoriously outspoken Democrat, who sports her Millennials bestowed moniker “Auntie Maxine” like a Yankees cap pulled low – is also unapologetic about telling Black women to take their seat at the throne of the table of Democracy, once and for all. Waters took a literal break from voting to raise her right hand with EBONY.com, vowing to tell the truth, and nothing but the truth, on everything from her love of Kendrick Lamar to overcoming her latest mental obstacle.

EBONY: We hear so much about resistance right now. What does that look like, in word and deed for average everyday folks, understating that being “woke” doesn’t pay the bills.

WATERS: “Resist” in this atmosphere and this environment means don’t think you have to accept Trump’s leadership because he is the leader of the United States. When you see and hear this president flip-flopping on important issues, attacking the media, attacking the judiciary and other madness, resist. Don’t let him make you believe that all of the media is fake, for example. Don’t think that it is ok to attack a judge because he happens to be of Mexican descent. “Resist” means not buying this bill of goods you are being sold by this president. If you know that what he’s doing is wrong — if you know what he’s saying is incorrect — resist it and continue to think in ways that make good sense not only for yourself but for the community and this country. Then show up in places where others are resisting. If there’s a travel ban that’s on and we have Muslims who are crowding the airport because he’s unconstitutionally directed the travel ban at Muslims, you support the constitution of the United States of America that says that is discriminatory. Show up with them. If the Women’s March is something that you believe is very important in pushing back on the way that women have been treated and think that the things he’s said about women and the fact that they’re going to get rid of Planned Parenthood, show up and be a part of it. All of this is resistance.

EBONY: In a country in which women, Black women in particular, are often penalized for being direct and speaking their minds – and as a Black woman who has made a career of doing just that – what advice do you offer?

WATERS: It’s important for Black women to recognize that we actually have a lot of potential political influence. If you look at the way Black women are outvoting everybody else in these elections, then you begin to perhaps understand why it is important for those who believe that [Black women] are a growing influence to try and stop that, to put us down. When you recognize that, though, you do just the opposite. You show up even more, you speak up even more — you take your rightful place in the front of the line and continue to speak truth to power. Black women really do know how to do this. Maybe we have not been speaking out in the way the Fannie Lou Hamer or Shirley Chisholm did but we’re back. We’re back not only because of the attacks that are coming our way but we’re back because we understand that somebody’s got to take the lead, not only in the resistance but in running this country. This is our time. My advice is let’s show up. Let’s see who we are. Let’s not be intimidated by anybody. Let’s not be afraid of anybody. Let’s do what Black women know how to do well and that is speak up for our communities and demand respect and demand participation. We have a history of that. I think it really can be revitalized in a way that we can lead this country in the right direction.

EBONY: As we come up on Mother’s Day this weekend – Happy Mother’s Day, by the way, I know you’re a mother and grandmother of two, respectively – can you talk a bit about the Black women who helped you find your powerful and fearless voice?

WATERS: As I do that kind of reflection I think about my mother who was a woman who gave birth to and raised 13 children. She had strong opinions. She would always tell you what she thought, and that had an influence on me. I was reared with her in an environment where she sometimes struggled to get what she needed for her children against people who didn’t believe they deserved to have those opportunities. Then, of course, I came along at the height of the women’s movement. That’s when my career really took off. It was at that point in time where women were saying, we have a right to run for office, we have a right to serve on boards, we have a right to serve on commissions, we have a right to be respected, we have a right to have our own bank accounts, and to determine whether or not we’re going to bear children. I know that the movement was basically led by white women but black women were talking about it and exercising influence in my community as well as providing leadership there. I can recall some of these women clear as day: Miss Mary Henry who was “the woman” when the war on poverty was waged on our community — she was the leader. She would go to townhall meetings and take on the politicians. And then there was Miss Lilian Mobley who was an activist who worked to make sure we had access to much needed healthcare in our community.  And then there was Cathy Green who organized against the mistreatment of women and families who were on welfare. And then there was Miss Margaret Rice who fought for our children’s educations. She would go to the board of education and would not move. She would take over that microphone and challenge members about what was going on in some of the schools in South Central, Los Angeles. So, if I have courage and if I feel comfortable speaking up it’s because of all of these influences in my life.

EBONY: Which artists would you say make up the soundtrack of your life?

WATERS: People find it strange that I could love Barbara Streisand and Kendrick Lamar but I do. They are absolutely different kinds of people whose music represents different parts of me. I love the Blues so BB King was a favorite of mine. He knew how to tell a story like no one else. Also jazz – Miles Davis, Charlie Parker, Etta James, Sarah Vaughn. I also appreciate rap. I think about the respect 2pac showed his mom when he rapped “And even as a crack fiend, mama/ You always was a Black Queen, Mama.” That kind of stuff strikes me very hard. Somebody asked me about Prince the other day. I love Purple Rain of course. And Mary J. Blige. I think she has been good for Black women from when she first came out all the way until now, in who she has become. The soundtrack to my life is as diverse as the people I represent.

Confederate monuments offend, but there is something much worse in Alabama

Joseph Goodman | AL.com In New Orleans, they are finally removing statues of Confederate… 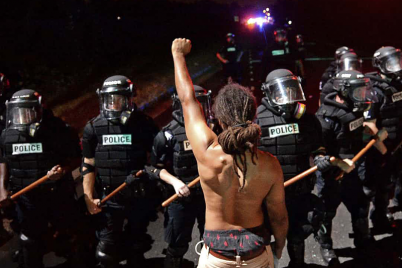 His act of defiance went viral. Now elected, Braxton Winston aims to fix the system from within 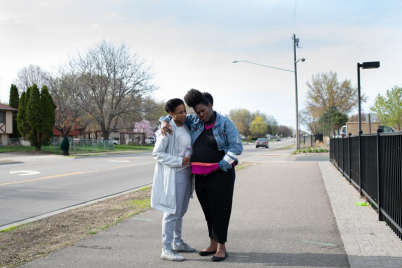