I’m tired, my sisterfriend says.  I don’t know how much longer I can hold on.  As I hear her I have a couple of choices.  One is to tell her to get with her pastor and pray; the other is to tell her to get real with her illness.  Running her to her pastor takes her to a familiar place. Pushing her to help takes her out of her comfort zone.  When my beloved brothers and sisters share that they are stymied in the way they live their lives, I don’t mind praying and encouraging spiritual counsel, but I do mind ignoring the medicinal help that could assist my sisterfriend.

So my sister is sighing her pain, and I am wondering what to do.  There are few that will hear a Black woman in a Black community, strumming her pain, questioning her faith.  According to the National Associations of Mental Health more than 4 percent of African Americans have considered suicide.  Most of them are African American women.

Mental health is our nation’s dirty little secret, and if it is whispered in the nation at large, it is a silent scream in the African American community.  We are afraid, ashamed, frightened to own up to it, using our own lingo (s’kerd, shamed) to wrap ourselves around the fear that goes with “coming out” on mental illness.

So we are silent, even when we lose a warrior. Karyn Washington was a 22-year-old Morgan State University sister who committed suicide, last week. This young and brilliant one turned her pain into power when she created a website, “for brown girls” (forbrowngirls.com) that lifted up and affirmed our brown skin girls. Karyn was a colored girl whose mental issues were apparently so severe that she chose to take her own life while affirming those of others.  From all accounts Karyn experienced depression. How many feel it and don’t say it? How many nod and just don’t mean it? How many exhale, inhale and really reach out to a brother or a sister to listen, have a cup of tea, take a walk, or just reach out and touch?

The poet Paul Laurence Dunbar wrote, “We wear the mask that grins and lies that hides our cheeks and shades our eyes.” Many in our nation, especially African Americans,  wear the mask.  When we peek/speak/tweet from behind the mask we realize, yet if we were real, we would have to acknowledge in the words of Paul Lawrence Dunbar that to make a poet Black and bid her sing is to challenge her and her two realities. In the words of Sister Maya, “I know why the caged bird sings”.

I chose to focus on this because in one scant week I have spoken to African American women who have experienced depression or feel shackled by other mental health issues.   They walk like they hold the world in their hands; sway like they are hearing drums from another continent, yet cry behind closed doors, like they have the weight of the world on their shoulders.   They are sad, ground down, depressed, and we play off their pain, trivialize it, instead of responding to it.  We are losing too much genius when we play off the scourge of mental illness. We decide that it is their problem, not the problem of a nation that would inflict, rather than attempt to fix, mental illness. For all the care the Affordable Care Act has offered, we must ask if it has offered enough to combat mental illness,

We in the African American community have paid more and received less to be perceived as “normal” members of society.  Despite injustices in Scottsboro, Groveland and other vile places in our nation, we have been expected to show up, with amazing dignity, ignoring the massacre of our sons or daughters with well-modulated emotion.   Too many of us fear or fail to speak our pain.  Poverty and mental health are correlated, yet the poorest of us see our pain as “par for the course” and we don’t speak about it.   Whether African Americans are wealthy or financially challenged, mental health is elusive for some.  And faith without works is dead, which means fall on those knees if it comforts you, then run to the doctor who may help you with medication and therapy.

Baby girl Karyn Washington inspired this column, and as I thought of her, others kept reminding me of their own pain and the ways it has been ignored.  If you don’t get it, read from Terrie Williams’ Black Pain.  And if you get it/read it, remind folks that this is not a sympathy issue, this is a public policy issue.  So weep sister soldier, brother warrior.  Those who bear the scars of mental illness have often fought longer, harder, and with the chemical imbalance that makes them feel it all so much more intensely. Mental health is not an embarrassment; it is a national health issue.   It is a silent killer that we have yet to acknowledge. 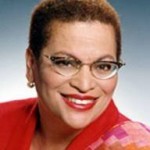 Julianne Malveaux is a Washington, D.C.-based economist and writer. She is President Emerita of Bennett College for Women in Greensboro, N.C. 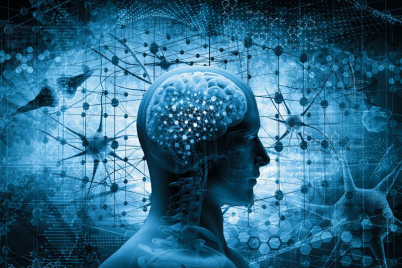 How to get rid of a mental rut, according to a psychologist

By Jessica Estrada | WELL + GOOD Ruts happen to all of us. One day, life is amazing and… 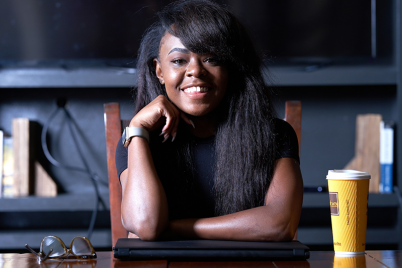 It was in 1968 that James Brown dropped the hit record, “Say It Loud, I’m Black and… 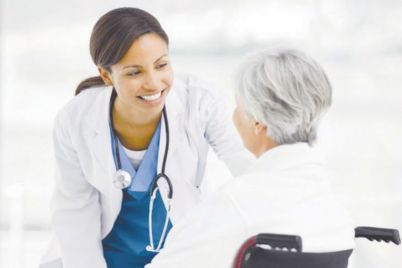 Arihanna Venable enjoys talking with her patients as she performs physical exams, takes…

One Reply to “Mental illness is our dirty little secret”