Pregnancy triggers a cascade of changes in a woman’s body, including, in some cases, a special form of diabetes. Gestational diabetes — which causes high blood sugar during pregnancy — can lead to health problems for mom and baby. But even after giving birth, the risk persists.

More than half of women with gestational diabetes develop Type 2 diabetes, usually within 10 years of giving birth. But a new study from Washington University reports only a fraction of low-income women in Missouri who develop diabetes during pregnancy are retested after having a baby.

Cynthia Herrick, M.D., one of the study co-authors, says gestational diabetes tends to be more common among racial and ethnic minorities — and, if left untreated, can cause serious complications during pregnancy.

Most American kids go days without eating greens, french fries as only source of vegetables

By Mia De Graaf For Dailymail.com and Reuters Most children go days without eating any…

What you should know about biotin-rich foods

By Jayne Leonard, Medical News Today Biotin or vitamin B-7 is a water-soluble… 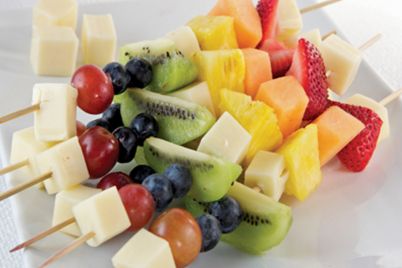