With outstanding student loans totaling more than $1trillion and still counting, the White House and Congress have proposed measures to ease the financial burden now borne by 25 million borrowers.

At the White House on June 9, President Obama endorsed Senate and House bills that would allow student loan borrowers to refinance their loans into lower interest rates. He also directed the Department of Education to begin a public rulemaking procedure to expand the most generous income-based repayment options to an estimated 5 million more borrowers.

The new “Pay as You Earn Program “ limits monthly loan payments to no more than 10 percent of income and forgives any remaining money owed after 20 years of payments. It is also expected to save the average student loan borrower $2,000 over the life of the loans.

President Obama said, “I’m only here because this country gave me a chance at higher education with help in the form of loans, grants and scholarships. This is why I feel so strongly about this.”

The president also directed the secretaries of Education and Treasury to find new and innovative ways to best serve students and taxpayers, while ensuring that distressed borrowers learn about repayment options available to them. Treasury and Education will also work together to educate students, families, financial aid administrators and tax preparers to ensure that all consumers better understand and receive the education tax benefits for which they are eligible. The two departments will also create a pilot program to investigate improved loan counseling.

A new report, co-authored by the White House Domestic Policy Council and the Council of Economic Advisers, underscored why loan refinance is urgently needed. The report states, “Over the past three decades, the average tuition at a public and four-year college has more than tripled, while a typical family’s income has barely budged. More students than ever are relying on loans to pay for college.

“Income-driven repayment plans, like the President’s mew ‘Pay as You Earn Program’ can be effective tools to help individuals manage their debt and avoid the consequences of defaulting on a Federal student loan, especially for borrowers whose college investment has yet to deliver its full benefit,” the report noted.

Meanwhile in the Senator Elizabeth Warren (D-Mass. drew support for her bill enabling student loan debt to be refinanced at lowered market interest rates. Entitled the Bank on Students Emergency Loan Refinancing Act (S. 2432), it was introduced in early May and gained 39 co-sponsors.

The measure was also supported by 30 national and state organizations, including the Center for Responsible Lending CRL).  Spanning organized labor to educators, mortgage bankers and youth advocates and others, the broad coalition sought to influence the Senate floor vote scheduled for Wednesday, June 11, just days following the President’s actions.

Despite this broad and diverse advocacy, the Senate invoked its procedural cloture vote instead of allowing the bill a full vote on its merits.  The cloture vote failed to reach the necessary 60-vote threshold that would cut off debate.

In response to the filibuster actions, Senator Warren acknowledged the bipartisan support the measure has and vowed to continue fighting for passage. Additionally, Sen Tom Harkin (R-Iowa), chair of the Senate’s Health, Education, Labor and Pensions Committee termed the June 11 vote as “only a first step.”

“We’re not giving up. We still have 40 million Americans out there who are trying to deal with $1.2 trillion in student debt,” said Warren. “We’re going to prove that Washington can work for American families. . . .What the people care about is getting a fair shot and we are going to give it to them.”

Maura Dundon, CRL senior policy counsel posed a key question, “The ability to refinance is something we take for granted in other consumer credit. Why treat students differently?” 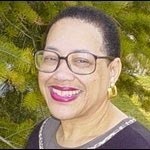 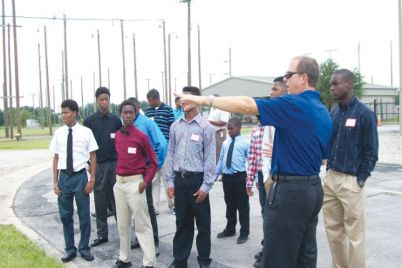 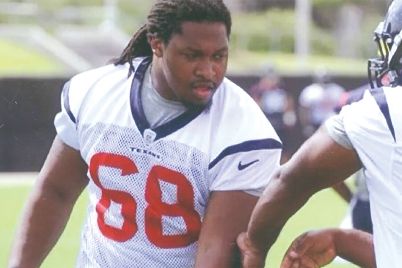 ST. PETERSBURG — It’s official, another Gibbs High School Alum has made it to the big…