On Monday, after I ignored a seemingly affluent, maybe 30-something man who was aggressively hitting on me, he told me to “go home to where you came from because no one wants your f**king disease.” Then, with pleasure, he told me he voted for Trump and added, “you people aren’t going to last long.”

I’ve been trying to hold on to a semblance of American pride, for the sake of immigrants everywhere in this nation and for the sake of my parents, who moved here before I was born to give me a better life, and especially for the sake of an identity I’m questioning and lost without.

But now it’s become acceptable to mistreat and disrespect people because of their skin color because we’ve elected someone to run the free world who stands openly against minorities.

Donald Trump propagates sexism and racism. He gives people, especially the American patriarchy, a soap box to look down upon and attack marginalized communities.

In a display of toxic masculinity, that man felt “safe” enough to ignore my obvious cues of wanting to be left alone, got in my face and told me he was talking to me and then felt unrightfully wronged, so he spewed hate. He was drenched in entitlement and felt he could demand whatever he wanted from me, but I didn’t obey, so then I’m not a human being deserving of respect or privacy or safety?

We’ve elected someone who gives anger a scapegoat and a vessel to explode within ― gender, race, identity.

I’ll admit that I’ve been fortunate to barely experience firsthand hate and violence for my skin color, knowing all too well that it happens to my Sikh and black and Muslim family and friends (along with other marginalized minorities). But the saddest part of this whole thing is that I’ve been naive, so damn naive, to hope I’ve perfected straddled my identity and being American enough and Sikh/Indian enough that I could escape hate, prove myself a minority ally for the people who need me and liaison. I’ve been dumb to think that what white privilege I have had would be enough for this terrifying outbreak catalyzed by Trump.

But in a time where I don’t want to see “sides,” I’ve been pigeonholed.

Am I not welcome in my own home country? Tell me again that I’m overreacting. Tell me he only said that because his ego was bruised. That I wasn’t exoticized before I was dismissed. Tell me my helplessness and fear are unnecessary. Misogyny and racism are rampant and Trump has only made it acceptable and worse.

I know I’m not alone in my feelings. I embrace being an other, and I know I (along with other minorities) am what makes this country have the potential it does. But that’s my identity crisis: I’ve never felt like I’m a minority because I’ve always considered this country an accepting melting pot of races, identities and communities.

It’s clear that we have work to do, and inclusion begins with awareness and advocacy. There were a handful of other people on the sidewalk with me, and nobody said anything. I’m not going to let this incident belittle and undervalue my role in this country, and I won’t give up; I will, however, allow myself to process this temporary defeat before getting into a proactive mindset. 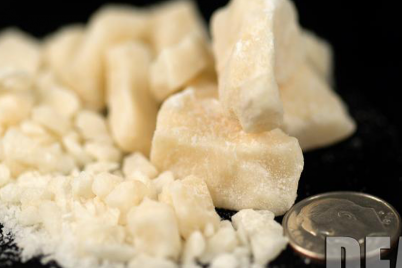 The Price We Paid: Race, Reparative Justice and the Drug War

Crack cocaine seized during a drug raid by the U.S. Drug Enforcement Administration…