When he was a boy, Howard Sullivan was always excited to join his father at the construction site of what is now Sullivan Progress Plaza in North Philadelphia.

And now, he said, “I’m certainly happy to see that it is still here after 50 years and after a lot of the struggles that we’ve gone through.”

“This remains a symbol of Black accomplishment and steadfastness,” said Wendell Whitlock, chairman emeritus of Progress Investment Associates, Inc., which owns the plaza.

Throughout the years, a number of presidents and presidential candidates have visited the site, including Richard Nixon in 1968 and Barack Obama in 2008.

It received a marker from the Pennsylvania Historical and Museum Commission in September 2016.

Sullivan, then the pastor of Zion Baptist Church, was a legendary business leader, civil rights advocate and humanitarian. The plaza would outlive his other business ventures, which included a garment manufacturing company and Progress Aerospace Enterprises, the first Black-owned aerospace company.

More at The Philadelphia Tribune

Brown v. Board of Education: The First Step in the Desegregation of America’s Schools 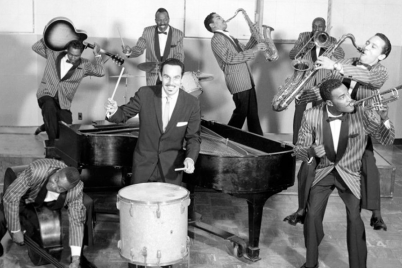 The Greek Rhythm and Blues Legend Who Passed as Black