Source: Museum of the American Revolution

In Never Caught, Dr. Erica Armstrong Dunbar paints a vivid picture of the life of Ona Judge, one of the nine enslaved people whom President Washington and Martha Washington brought with them to Philadelphia in 1790 when the city became the nation’s capital. For six years, Judge worked in bondage in the Washingtons’ Philadelphia home on Market Street. Judge escaped from the Washington household in 1796 in search of her freedom and lived the rest of her life with the threat of recapture looming over her.

Ona Judge learned quickly that life in Philadelphia was quite different from what she had come to know in New York. Her slave status was somewhat of a rarity in her new city, and unlike New York, there was a much more strident abolition movement. In terms of thinking and legislating freedom for all people, Pennsylvania was advanced compared to New York or New Jersey, becoming the first state to gradually dismantle slavery. Philadelphia took the lead in the state’s movement to unhinge lifelong bondage, and by the time Ona Judge moved to High Street, slavery was on its deathbed.

Pennsylvanians wrestled with the moral dilemma of African slavery as early as the seventeenth century. The colony was only seven years old when the first group of Quakers began to question human bondage. Founded by William Penn in 1681, Pennsylvania became a colony known for its significant number of Quakers who did, indeed, own slaves. Many Quaker slaveholders agreed with founder George Fox, who advocated for the humane treatment of those held in bondage. Good treatment was relative, and compared to the life-shortening tobacco farms in Virginia or the rice plantations in the Carolinas, Pennsylvania slavery did enjoy a kinder reputation than did its southern neighbors. Nonetheless, slavery continued, and within the Society of Friends a great debate over human bondage brewed for nearly a century. Beginning in 1688, a number of Germantown Quakers declared slavery oppositional to their religious beliefs, but their cries fell upon deaf ears as Friends began to shun their own members, labeling them troublemakers, going as far as to cause financial calamity to the small business owners who dared to question the morality of slavery. Although they were a consensus-driven religious organization that believed in equality and the “light of God” within all men, the financial gains connected to slavery and the racial stereotypes that bred fear of a free black community halted a meaningful seventeenth-century abolitionist movement. 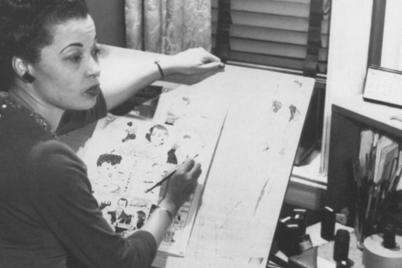