Throughout the regular season, in regard to the concussion protocol, the NFL was making it up as it went along. To the degree that the league didn’t even know what it was policing, it makes sense little punishment was doled out to offending teams.

The Texans suffered no consequences for briefly bringing quarterback Tom Savage back into a Week 14 game after he exhibited seizure-like symptoms following a sack. This, in fact, spurred the league to alter the language in the concussion protocol to specifically spell out that symptoms of a seizure were a reason for a player’s automatic removal from a game.

To even a layperson, a seizure would seem like sufficient cause to immediately sideline a player for at least the remainder of a game. Perhaps, the league figured, the fact that it wasn’t specifically spelled out before the Savage incident was enough to give it a dodge on imposing severe punishment. The joint investigation between the NFL and NFLPA decided that Houston had followed the protocol that was in place at the time, though the incident showed that improvements to the protocol were needed. This raises the question of when the NFL will get serious about enforcing the spirit of the rules instead of just padding them out with details when they’re not followed.

The worst discipline the NFL has handed down to a team for not following the protocol was to the Seattle Seahawks for holding out Russell Wilson for just one play, before any medical officials could examine him, during a Week 10 contest in Arizona. The result? The team was fined $100,000, and coaches were required to review the protocol. That figure is a pittance to any NFL franchise, an amount any team would gladly pay to avoid a loss of draft picks or a suspension for a coach. And when the protocol is seemingly always being altered, what good does it do to make coaches pore over a version that could be outdated within a few weeks?

With lax enforcement and shifting standards, then, it’s little surprise that the Panthers were able to possibly skirt the current iteration of the protocol late in Sunday’s Wild Card loss in New Orleans. Even if Carolina is not guilty of putting Cam Newton back in the game before he was properly examined, the NFL has created an atmosphere where fans have no reason to trust that teams are being honest and thorough in their treatment of players.

Newton left the game against the Saints after being sacked on a second-down play with about nine minutes left in the fourth quarter, with Carolina trailing 24-19. Newton initially walked to the sideline unaided before collapsing on the field. Backup quarterback Derek Anderson took over for one play before the Panthers punted. New Orleans scored a touchdown on their next possession to stretch the lead to 31-19, and Newton was back on the field when the Panthers’ offense regained the ball. The latest version of the NFL’s concussion policy dictates that a player who shows trouble staying on his feet must have an evaluation in the locker room, and Newton never left the field on Sunday.

The Panthers have since claimed that Newton was ordered to go down to deal with an eye injury suffered on the play, and Newton himself also said his helmet pressed down over his eyelid, causing discomfort. On the TV broadcast, there’s little to indicate that Newton received any such order. And while no one watching on TV had any chance to examine Cam themselves, there are some armchair neurologists with more experience than others, and even they have a hard time believing Newton didn’t suffer a head injury.

This “Cam Newton’s visor poked him in the eye” is the greatest storyline in the history of sports. And I’m saying that as a former WWE wrestler. Watch the video, you don’t collapse after that him because you need ice on your face. It’s a #concussion. pic.twitter.com/fgsMiai3et

Players and team doctors both have some degree of culpability here. Both know the season is on the line and want to have the player who presents the best chance for a comeback on the field. But the NFL has to impose meaningful consequences on teams for not protecting players, despite what might be best for teams the most. That is, only if the NFL wants to claim it is making any serious effort to treat concussions. Newton has been battered and left in games under questionable conditions in the past. His size means he can take more punishment than other quarterbacks, except once sustained, a head injury is a head injury and there’s no brain that’s “tougher” than any other.

Newton played well and didn’t appear to falter after returning to Sunday’s game. He very nearly led the Panthers to a comeback victory. Depending on how you feel about the effort of Devin Funchess on the final drive, you could even argue that Carolina should have won. It’s possible that Carolina was right, and Newton didn’t sustain a concussion. I won’t pretend like I know for sure.

As long as there’s uncertainty, fans are always going to come down on the side of presumed wrongdoing because NFL teams have been negligent time and again in the postseason, and nothing is done about it by the league office. Last season, Dolphins quarterback Matt Moore missed just one play following a devastating hit to the head in a Wild Card Game. In January 2015, the Steelers brought a groggy Ben Roethlisberger back into a playoff game against the Ravens, clearly showing the effects of a hit he had sustained a few game minutes prior. In neither case did the NFL do anything.

The toothless punishment of the Seahawks earlier this year remains the toughest the NFL has been about enforcing the protocol. Quarterbacks are the most important players on the field, and the NFL knows it has to deliver compelling games in the postseason if it wants to halt the continuing stories about the league’s diminishing product. But the league can’t have it both ways. Either safety is paramount, or it goes out the door the minute wins and losses and the bottom line become a factor. So far, there’s little reason to believe the latter isn’t the case. 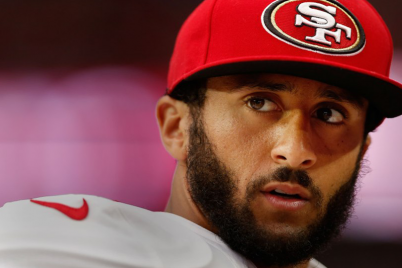 Expect Broncos to be a handful (and earful) for Panthers

ENGLEWOOD, Colo. — Count on three things from the Denver Broncos defense during…