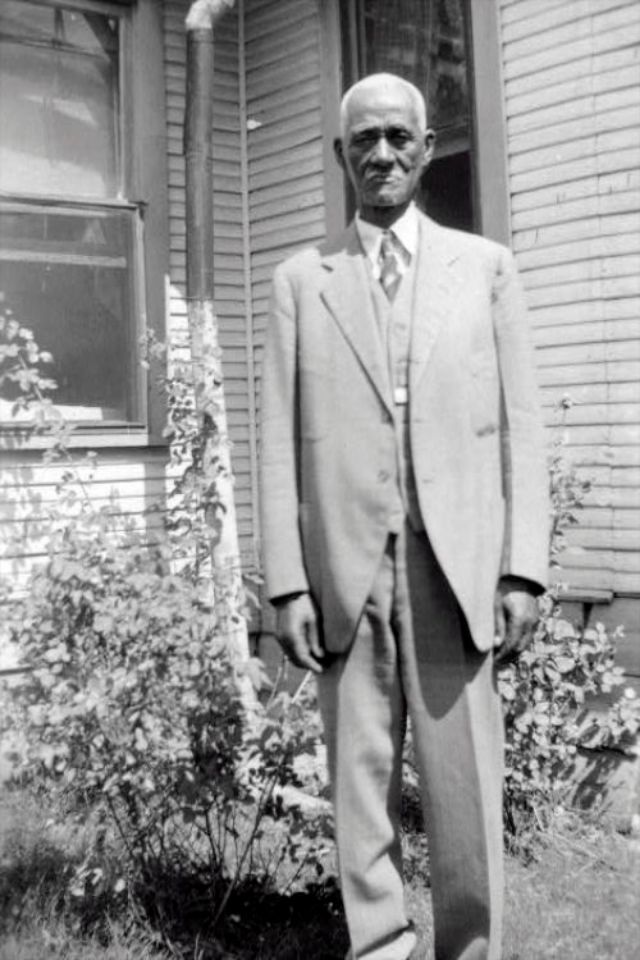 These portraits of African American men and women from locations in Texas were taken in the late 1930s as part of the Federal Writers’ Project (FWP) of the Work Progress Administration (WPA). They are part of a group of 500, together with more than 2,000 first-person accounts of the experience of being a slave. People from Alabama, Arkansas, Indiana, Mississippi, Missouri, North Carolina, Ohio, and Rhode Island are also represented.

Most of the photos show individuals standing or sitting outside; a few are posed with or next to personal possessions; several group portraits are included. Some photographs also depict houses in the background or foreground. Additional images depict objects relating to slavery in Alabama, these include, among others, a “bell rack” restraint from the Federal Museum of Mobile and photographs of sales receipts issued to slave owners.

Federal Writers’ Project interviews with former slaves began as early as 1936 with initial efforts concentrated primarily in Florida. In 1937 an official project was organized and placed under the direction of folklorist John A. Lomax who coordinated and expanded data collecting activities throughout the South. The program continued up through the Spring of 1939. Photographs of former slaves were often taken at the time of the interviews.

When Slavery Is Erased From Plantations