Civil War Congressional Medal of Honor Recipient Powhatan Beaty served as a First Sergeant in the Union Army in Company G, 5th U.S. Colored Infantry. Beaty is best known for his role in the Battle of Chaffin’s Farm (sometimes called Chapin’s Farm), also known as the Battle of Fort Harrison or, more broadly, the Battle of New Market Heights, in Virginia on September 29, 1864 which he was awarded the Medal of Honor. Beaty would later became an orator and actor, appearing in amateur theater productions in his home of Cincinnati, Ohio. His most well-known stage performance was an 1884 appearance at Ford’s Theater in Washington, D.C., opposite Henrietta Vinton Davis.

Born in Richmond, Virginia October 8, 1837, Beaty moved with his family to Cincinnati in 1849, where he spent the majority of his life. After serving in the Black Brigade, Powhatan Beaty enlisted as a private in Company G, of the 5th United States Colored Troops (USCT) on June 7, 1863. He was a 24-year-old farmer when he enlisted and stood 5′ 7″ tall. Powhatan Beaty was promoted to the rank of First Sergeant on June 9, 1863 at Camp Delaware, Ohio, just two days after enlisting. Beaty earned the Medal of Honor, one of only 20 African-American soldiers to do so in the Civil War, for bravery shown during a battle at Chaffin’s Farm (Fort Harrison), VA on September 29, 1864. 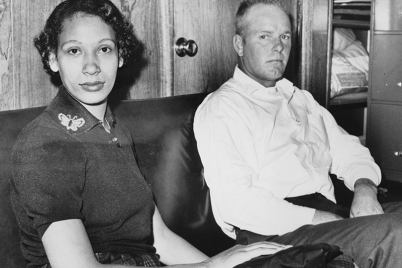 A LOOK BACK: 50 years ago, the Lovings won interracial couples the right to marry 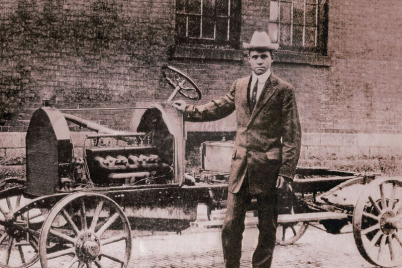