As is typical of blowhards, Cliven Bundy, the conservative movement’s most recently defrocked hero/criminal, opened his mouth once too often. In doing so, the Nevada rancher revealed who he really is behind all the Stars-and-Stripes flag-waving and man-of-the-West rhetoric.  The man who has grazed his cattle on federal land for more than two decades but has refused to pay the minimal grazing fees the government charges all ranchers (Bundy now owes about $1 million) is an arch-racist as well as a chiseler.

On Saturday, April 19, Bundy, speaking to a small group of his supporters – and, fortunately for the rest of us, a New York Times reporter and photographer – went off-message to hold forth on a number of topics, including race.

Bundy didn’t stop there: “And because they were basically on government subsidy, so now what do they do? They abort their young children, they put their young men in jail, because they never learned how to pick cotton. And I’ve often wondered, are they better off as slaves, picking cotton and having a family life and doing things, or are they better off under government subsidy? They didn’t get no more freedom. They got less freedom.”

Did Cliven Bundy form those views just from driving past – once? twice? – a federally subsidized housing project where Black Americans live? Or did they come from the stew of racist notions that still have wide circulation in the political ideology – conservatism – Bundy claims to be an adherent.

Some of his well-known enablers among the conservative echo chamber of politicians, talk-show jockeys and pundits quickly distanced themselves from Bundy as soon as the Times story appeared. Others, doubling-down, claimed his racist views were irrelevant to what they asserted were his proper resistance to federal government overreach.

But it’s too late for that flimflam. Beyond the laughable hypocrisy of Cliven Bundy, chiseler, asserting that “the Negro” is too dependent on government largesse, his words underscore that American conservatism’s central motivating force from the long-ago past to the present has always been the oppression of ‘the Negro.”

For one thing, consider that Bundy brought up the topic himself  – and not only made it clear he thinks Blacks were better off when the vast majority were enslaved but would be better off now if reduced to something approximating slavery. Bundy’s views aren’t at all unique among American conservatives. Especially since President Obama took office, conservatives, high and low, have shown an obsession with twisting the truth about Negro slavery.

If it’s not the Tea Party fanatics contending that President Obama’s intent is to “enslave” Whites; it’s White conservatives – and their Black front-men such as Ben Carson, Herman Cain and Allen West – asserting that Blacks who vote Democratic are unthinkingly content to laze about on the Democratic “plantation.”  If it’s not the Family Leader, an Iowa-based conservative group, proclaiming that Blacks were better off during the Slave era because the slave-owners kept their families intact –  a brazen lie –  it’s former U.S. Senator Jim DeMint, now head of the powerful, conservative Heritage Foundation, declaring on a right-wing Christian talk show earlier this month that the slaves were not emancipated by “big government” but by “a growing movement among the people, particularly people of faith that [slavery] was wrong.”

I’ve no doubt that the ignorance on display in the conservative movement’s obsession with American slavery is largely a deliberate gambit to obscure how evil – and widely accepted among Whites – slavery and its successor, legalized racism, was. But I also think that, as with Cliven Bundy, some of it stems from the deep-rooted fear of what “freedom” for Black Americans means for those Whites who need the crutch of White supremacy to feel good about themselves. If Blacks were “free,” you could get Black Americans contributing a full measure of their talent to American society. Why, you might get a Paul Robeson, or an Althea Gibson, or a Leontyne Price, or even a president of the United States.

And then, what would America be? 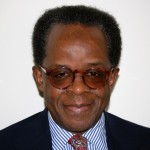 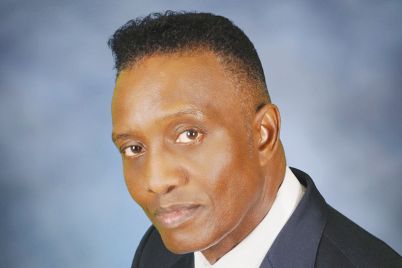 BY REVEREND O’NEAL DOZIER Pot, weed, reefer, grass—whatever you call it, it is still… 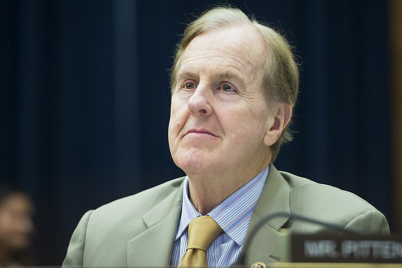 By KHALEDA RAHMAN FOR DAILYMAIL.COM A North Carolina congressman said that people are…