Russell Westbrook turned in the first 50-point triple-double in NBA playoff history on Tuesday. Along the way, he cost his Oklahoma City Thunder any shot of knocking off the Houston Rockets.

For the first 24 minutes, the Thunder and Westbrook were at their very best. He had 22 points, eight rebounds and, best of all, 10 assists at halftime. Oklahoma City claimed a 68-62 lead. Truly, things were looking up for a Thunder team that looked outclassed in Game 1.

Then the game got tight in the second half, and Westbrook’s worst instincts got the best of him.

It was the darkest timeline version of Westbrook, as he ignored open teammates and drove headlong into Houston defenders, begging for foul calls or for the basketball gods to answer the prayers he kept chucking toward the rim.

He forced shot after shot as the clock ticked down and the Rockets heated up, going 4-for-18 in the fourth quarter.

All the while, James Harden and the Rockets kept making the smart basketball play. The contrast was striking — the 2016-17 NBA MVP debate in a nutshell, really. Houston used a 7-0 run with Westbrook on the bench to get back in the game, then leveraged his atrocious decision-making down the stretch for a 115-111 win.

Obviously, the Thunder made it this far because of Westbrook. They’ll take the good with the bad on most nights. Without him, they’d be the Orlando Magic of the West, and no one wants that.

Yet he’s equally culpable in Oklahoma City’s struggles. We can admit that, right? Sometimes, Westbrook wins you games. Sometimes, he costs you them. That’s just the reality of watching one of the game’es best players.

Believing that the only way the Thunder can win is if Westbrook plays this way is nonsense. Being an elite NBA player is as much about reining in your most destructive instincts as it is maximizing what you do well. Westbrook has the latter on lock; his refusal to modulate his behavior, on the other hand, continues to cost his team in the biggest moments.

We’re guessing KD himself can confirm.

THE GUY IN RED WAS OPEN! pic.twitter.com/oRJb31PHGB

It’s simple. If you’re going to be the heart, soul, body and mind of your team, you have to take the blame when you self-destruct.

So keep insisting the only way the Thunder can win is if Westbrook is their everything. Keep making excuses for the presumptive MVP when he looks off open shooters and does whatever he wants. Keep celebrating his box-score-filling ways — and keep ignoring that this team should be better than the sum of its parts.

Deep down, you know as well as Westbrook does: He’s both Oklahoma City’s only hope and its greatest undoing.

Now he does what he wants, indeed. 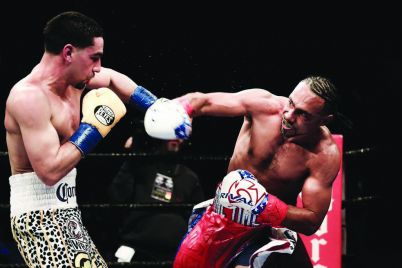 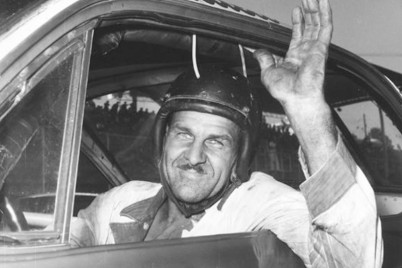