Many women experience sagging breasts as they get older even if they have never lost a lot of weight, been pregnant, or breastfed.

Breast tissue is prone to sagging naturally with age, but with some lifestyle changes, sagging can be reduced.

Why do breasts “sag”?

Women’s breasts are made up of several different types of tissue that each perform a different function. The various parts of the breasts include the mammary glands, milk ducts, fat tissue, and ligaments.

The size and shape of the breasts depend on the variations in fat and other tissues found in them.

Breasts tend to sag over time on all women, regardless of the size and shape of the breasts. Sagging breasts are measured from the nipple. As the nipple points more and more downward, the amount of sagging increases. In advanced cases, the nipples point directly at the ground.

Different factors may influence how quickly and dramatically breasts start to sag. Some of the most influential factors that increase sagging include smoking, the number of pregnancies a woman has had, the size of the breasts, weight, gravity, genetics, and a significant weight gain or loss.

Women who are postmenopausal or who have collagen deficiencies may experience more pronounced sagging.

Some people believe that breastfeeding causes sagging breasts. However, researchers have suggested that this is a myth. Women who breastfeed do not experience sagging breasts at any greater or faster rate than women who have not breastfed.

At different ages, a woman will experience different degrees of sagging. Several factors influence the degree of sagging in a woman’s breasts, at what age sagging starts or becomes noticeable, and how fast the breasts sag.

Teenage girls are the least likely to experience sagging breasts. It is typical for a teenage girl to have just finished developing breasts, so the combined effect of gravity and time have not been long enough to cause significant sagging.

However, overweight teens or teens with larger breasts may experience the start of sagging. Also, teenagers who smoke may be more likely to experience sagging breasts at a younger age.

Genetic factors might also contribute to sagging breasts at a younger age.

Women in their 20s and early 30s are not likely to experience much sagging, although genetic factors may contribute to gradual drooping.

How much sagging a younger woman will experience depends largely on the size of her breasts, weight fluctuations, whether or not she smokes, the amount of vigorous exercise she does, and how many pregnancies she has had.

Contrary to popular belief, breastfeeding likely has no impact on whether or not the breasts will sag. In fact, it is the hormone fluctuations during pregnancy that are mostly responsible for a woman starting to lose the elasticity and support in her breasts.

Women past their 30s are much more likely to experience significant sagging, regardless of risk factors, such as smoking, pregnancies, and overall weight of their breasts.

Sagging at this stage of life is most commonly caused by a loss of elasticity over time, the aging process, and the continued, prolonged effect of gravity on the breasts.

For postmenopausal women, sagging breasts are exaggerated from the loss of elasticity of the skin.

Also, the ligaments and connective tissue in the breasts tend to have lost their strength over time. In part, the loss of supportive ligaments is a result of reduced estrogen levels in women who have reached menopause.

Many people and companies try to sell remedies to help reduce breast sagging. Some methods may work for some women but not others, while home treatments may do little or nothing to help treat or prevent sagging breasts.

Avoid or quit smoking: Smoking increases the risk of sagging breasts. To help prevent early sagging or reduce the effects of sagging, quitting smoking or never starting can help.

Supportive bras: Some people believe that bras help to prevent or treat sagging breasts. In reality, wearing a bra will force a breast into shape, using the structure of the bra, but it will not help prevent or cure sagging breasts.

While wearing a bra may not cure sagging breasts, some research suggests that wearing a sports bra may make a difference to the breasts sagging. A well-fitting, supportive sports bra, worn during exercising, can prevent the breasts from moving around. Over time, this reduced movement will help prevent wear and tear on the breast tissue.

Weight lifting: The breasts contain no muscular tissue, but the pectoral muscles are located directly behind the breasts.

Weight lifting that focuses on this muscle group may give the appearance of a more lifted breast.

However, because the pectoral muscle group is not directly in the breast, the shape and sagginess may not be affected.

In addition, rapid weight loss or gain can contribute to the breasts sagging sooner. Slowly reducing and maintaining a lower BMI is one way to help avoid more obvious breast sagging.

Creams and lotions: Creams and lotions that help with skin aging and elasticity can have a positive effect on breast tissue. Preventing the skin from losing its strength may help hold the breasts in a higher position.

There are surgical options available for women who want to correct their sagging breasts. Surgery focuses on reshaping, resizing, and lifting the breasts.

Women interested in reducing sagging can choose to have their breasts lifted, which involves tightening the skin around the breasts to help pull them up.

Some women who get breast implants often have them lifted at the same time.

A surgeon will consult with the woman prior to surgery to determine what option is best for her.

Sagging breasts are usually inevitable, although several factors may influence how quickly breasts will sag. 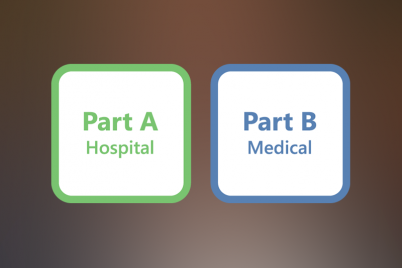 Prepare for Medicare Part A and B price changes in 2017

BY NATHANIEL SILLIN If you’re eligible for Medicare, or will be in the coming year,…

6 Healthy Foods to Boost Your Energy Without Caffeine

Melissa Thompson | Inc. Put down the energy drinks, and pick up one of… 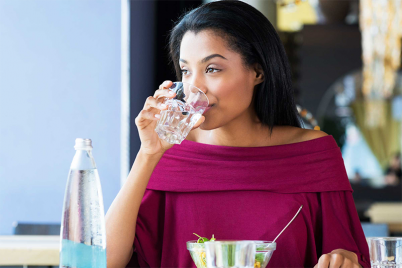 Intermittent Fasting and Keto: Should You Combine the Two?