Count Curry among those unhappy with the way he was depicted and the decision to leave Colin Kaepernick off it altogether.

THIS WEEK’S COVER: In a nation divided, the sports world is coming together https://t.co/aONQ0a141s pic.twitter.com/rvuXVmiHq7

“That was terrible,” Curry said after his Golden State Warriors completed its practice Wednesday. “It’s just kind of capitalizing on the hoopla in the media and all of that nonsense. The real people that understand exactly what has been going on and who has really been active and vocal and truly making a difference.

“If you don’t have Kaepernick front and center on that, something is wrong. It’s kind of hard to see how certain narratives take place, being prisoners of the moment.

“But at the end of the day, that stuff really doesn’t matter. It’s about the true message really highlighting the people that are doing the right things.”

The cover, in the eyes of many, had several issues. The first was that Kaepernick, who started the movement more than a year ago when he refused to stand during the national anthem and for which he is widely believed to be being held out of the NFL now because of it, wasn’t anywhere to be found.

Warriors Coach Steve Kerr — who, like his star point guard, was featured on the cover — was equally incredulous about the decision regarding Kaepernick, as he told The Athletic’s Tim Kawakami in a series of tweets.

Steve Kerr told me he saw himself on the cover, then, “I looked it and went, ‘Where the hell is Kap?’…

More Kerr: “If the article is about activism in sports, how is Kaepernick not on the cover?”

More Kerr on Kaepernick’s absence on the SI cover: “I just don’t understand how you can omit the guy who basically began this movement.”

In a video posted on Sports Illustrated’s website, executive editor Stephen Cannella, who said the message the cover was trying to get across was that the enduring symbol of the weekend was unity among athletes of all sports, tried to defend the publication’s decision to leave Kaepernick off the cover by essentially saying everyone knew he was there — at least in spirit.

“Well in some ways, even though his picture is not there, Colin Kaepernick is there,” Cannella said. “I think we all know that. Colin Kaepernick was for the lack of a better word, was looming over what happened this weekend, and looms over many issues in society right now. I thought what we were trying to capture with this cover was the way new voices emerged this weekend.

“This debate, this issue, this protest movement has sort of evolved even beyond Colin Kaepernick, and I think we saw a lot of people join the movement, for lack of a better term, this weekend. That’s what we were trying to capture with this cover.

The magazine seems to be in the minority on that opinion.

In addition to arguments about why only one woman — Los Angeles Sparks star Candace Parker — was on the cover, the other issue was with Goodell being put in such a prominent place after many felt his initial statement about President Trump saying that NFL owners should, “Get that son of a bitch off the field right now, out, he’s fired. He’s fired,” referring to anyone kneeling during the national anthem, during a rally for since-defeated Senate candidate Luther Strange wasn’t strong enough.

If the reaction online is any indication, though, the magazine is going to have to do a lot of work convincing many people it did the right thing in either case.

The Sports Illustrated “protest” cover includes a man who gave a $1,000,000 to Trump but not Colin Kaepernick who lost his career over it. pic.twitter.com/TyQ6eD4cuP

Where’s Kaep? And Rog wants no part of being on the front line. None https://t.co/ql4cQAQyx0

On March 19, the Centers for Disease Control and Prevention (CDC) awarded $115 million… 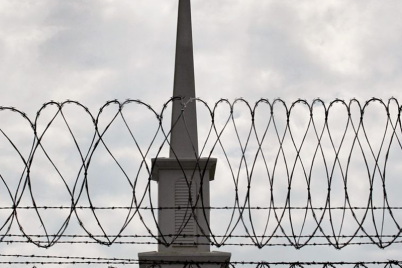 Slavery, The 13th Amendment, And Mass Incarceration: A Response To Patrick Rael

BY DENNIS R. CHILDS, AAIHS This post is a rebuttal to Patrick Rael’s “Demystifying…