Becky: (noun); a white woman who uses her privilege as a weapon, a ladder or an excuse. Ex: “A random Becky hit me up on Twitter to explain why not all white women are racist.”

To combat this stereotype, we gathered some of the world’s leading board-certified Beckyologists and asked them to classify the disparate classes of Beckies so that we may have a better understanding when we discuss this subject. And after much discussion, our experts came up with five subgroups into which all Beckies can be categorized.

It is easy to recognize a Rebecca. She can’t understand how anyone could be cruel to a puppy, but turns the channel when they talk about Trayvon Martin. She is gluten-free and eats only free-range chicken, but will call the cops if she spots a “suspicious-looking” hoodie-wearing teenager in her neighborhood. In the South, she often wears dresses and cowboy boots. She sometimes wears Umbros and flip-flops. She always wears privilege.

Unaware of her Becky-ness, she asks questions born out of privilege, like, “Can I touch your hair?” or “Is this racist?” She loves everybody. She clutches her purse when you get close to her. She writes that Sharonda is “too loud and aggressive” in her employee evaluation. She begins every sentence with “Well, actually … ” She hates the term “Becky.”

Famous Rebeccas: Taylor Swift; Megyn Kelly; the girl in your study group who makes an A while doing none of the work.

Becca wants to help … as long as it is convenient and comfortable. Even though Becca isn’t a racist, her idea of black people is of a downtrodden underclass that just needs a little help from benevolent white people. Becca is pure of heart and holds no animosity toward anyone. She is willing to “do the work … ” But not really.

Beccas were the white women who sat on plantation porches teaching their slaves how to read but still had slaves. Becca works with inner-city children but voted against her school board annexing the “black district.” Becca would never use the n-word but doesn’t speak up when her co-worker says something about not hiring “those people.” Becca thinks neo-Nazis are despicable, but quietly drinks her chardonnay when her boyfriend makes a joke that is “kinda racist.” Becca believes there is such a thing as “kinda racist.” Becca hates white supremacy. Becca upholds white supremacy.

Part of the privilege of Beckydom rests in its members’ unflagging belief that everything belongs to them. For this subset of Beckies, culture, history and black penis are all disposable commodities for them to use and discard at their whim. In their belief system, you can’t be offended when they appropriate a culture or call something “ghetto,” because they don’t have a racist bone in their body. Plus, they once had a black boner inside their body, so how can they be racist?

Beckeishas slip on the temporary camouflage of black culture like a loose-fitting, swap-meet dashiki. They don’t consider themselves thieves; they are more like culture vultures—digesting dead black things until their bellies are filled, and then vomiting up the unwanted oppression and pain as they spread their wings and fly away. But you know what they say: Once you go black, you’ll never go back …

Identifying call: “I dated a black guy in college.”

Reba believes in equality. Reba is a feminist. Reba is “woke.”

Reba believes in a woman’s right to choose and wore a pink pussy hat to the Women’s March, but Reba believes all lives matter. Reba speaks of the glass ceiling but wonders why black people always play “the race card.” Reba believes that a woman has the right to do whatever she wants with her body, but agrees that your hair is “unprofessional.” Reba loves Beyoncé’s “Single Ladies” but wonders why she had to pay homage to the Black Panthers at the Super Bowl and mention “Negro noses” in “Formation.” Reba cried for Justine Damond and Heather Heyer, but if you mention Rekia Boyd or Sandra Bland, Reba will ask, “Is that the one who was on the Olympics gymnastics team?”

Reba won’t like that because Reba doesn’t really care about equality. Reba cares about winning. She believes that white women deserve the gold medal in the oppression Olympics, and if there is a chance that she isn’t on the podium, Reba thinks you’re not being fair. Reba talks about white privilege, but Reba doesn’t understand that she is white privilege.

Identifying call: “Not all white women … ”

Beckzillas don’t give a fuck. They roam the streets stomping on everything, setting the world ablaze by spewing the flames of privilege every time they breathe.

If a Beckzilla is caught in a compromising position, she knows she can weasel her way out of it by tossing an innocent black body under the bus. She will scream bloody murder and watch silently while a faultless black boy is beaten to a pulp. She will shoot a black man in the back and claim that she feared for her life. A Beckzilla will castigate blackness for a career boost, an ounce of sympathy or just because she can.

All Beckzillas know that white womanhood is a credit card with an unlimited balance. After all, if you are born with the ultimate privilege of white womanhood, why not use it to your advantage?

Beckzillas don’t give a fuck. 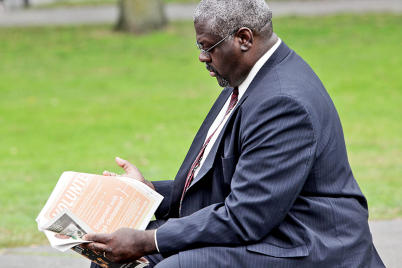 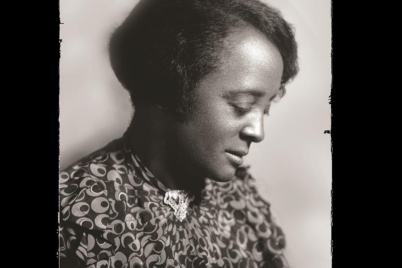 By Katie Blackley In the early 1900s, Jean Hamilton became the first African-American…