Editor’s note: Once a month, the National Interest column will tackle broader questions about what the country should do to increase educational opportunities for black youths.

In recent years, an outburst of national studies (pdf) and exposés have shown that black teachers produce better academic and behavioral outcomes for black students compared with their white counterparts. This has led to numerous articles calling for the recruitment of more black teachers and/or asking where all the black teachers have gone. But the flip side to those studies isn’t making as many headlines. What’s wrong with white teachers? How do we close the black-white teaching-performance gap?

Extolling the need for more black teachers is not the same as demanding that white teachers be less racist. Naming what’s wrong with white people’s teaching skills must begin with calling out racism. We certainly need more black teachers, but recruitment isn’t a solution to the racism that students and teachers of color face every day.

The research is overwhelming.

Black teachers on average are better for black students (and, in some cases, for white students, too), and white teachers on average are worse for black students. Black primary school students who are matched to a same-race teacher perform better on standardized tests and face more favorable teacher perceptions, according to recent findings from the German economic research group Institute of Labor Economics. Some of the same researchers found in a separate study published by Johns Hopkins University that low-income black students who have at least one black teacher in elementary school are significantly more likely to graduate from high school and consider attending college.

Is it because black teachers are better educators? Not necessarily, although research suggests that may be part of it. A study by New York University’s Steinhardt School of Culture, Education and Human Development found that students of color and white students view minority teachers more highly than they do white teachers. But one of the key reasons black students tend to perform better with black teachers has to do with expectations.

Singling out recruitment recuses our responsibilities to address the racism that afflicts white teachers and creates conditions that push black teachers out the profession at an alarming rate. Trying to convince more black teachers to enter a profession they’re likely to abandon after a couple of years is not even half a solution.

There’s much at stake for white teachers, who represent more than 80 percent of the profession. Research shows (pdf) that “African American students and white students with the same level of prior achievement make comparable academic progress when they are assigned to teachers of comparable effectiveness.” We need the majority of teachers of this country to improve their practice. An effective teacher must be defined as a teacher who is not racist and who acts on the high expectations she has for every child.

The unconscious bias, racial anxieties and stereotypes that contribute to the criminalization of black people, improper medical diagnoses and employment discrimination also lend themselves to lower expectations of black students and no-tolerance disciplinary policies in schools.

We can’t put the burden of fixing racist expectations on black teachers. Black teachers are tired of being typecast as disciplinarians. The research shows that they are more effective, but expecting them to single-handedly combat the racism prevalent in schools is one of the reasons so many leave the profession early. For these reasons, others have rightly recommended changing the conditions that push teachers of color out of the profession.

Focusing on black recruitment insidiously shields white educators from scrutiny and downplays how important it is to provide teachers with an anti-racist education before and after they enter the profession. This transcends school type. Charter schools and regular schools alike are implicated in the problem. However, there’s a particular irony in the white reformers who descended upon cities like New Orleans, Newark, N.J., and Philadelphia to close achievement gaps with an army of young white teachers. If they don’t take seriously the way racism undermines their efforts, then they are the ones who need to be disrupted and reformed.

Black educators have been focused on the problems associated with racism and bias for generations, but they have not had reform systems built around their ideas. A recent offering came from Columbia Teachers College professor Christopher Emdin’s 2016 release of For White Folks Who Teach in the Hood … and the Rest of Y’all Too: Reality Pedagogy and Urban Education.

There are many others who train white teachers to be less racist, including Sonia Nieto, professor emerita at the University of Massachusetts Amherst; Travis J. Bristol, assistant professor at Boston University; and Shaun Harper, professor at the University of Southern California. But the outpouring of articles on recruiting black teachers has drowned out the scholars who aren’t afraid to name racism as the main reason that black students aren’t as successful in school as they should be.

If white teachers don’t take seriously the way racism undermines their efforts, then they are the ones who need to be disrupted and reformed.

Make no mistake: All students benefit from having black teachers. Black children just have the additional benefit of seeing themselves represented in positions of leadership and learning from someone who isn’t just visiting their culture—if they even make the attempt.

Whiteness can no longer be a hall pass. 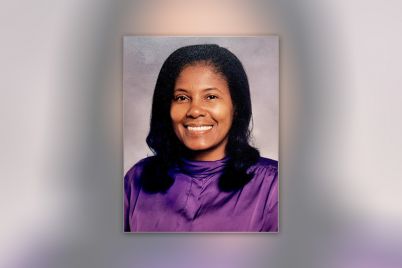 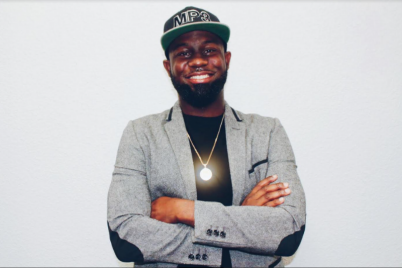