This week, the Seahawks signed Austin Davis to back up Russell Wilson. I don’t need to tell you that Austin Davis is a shitty quarterback. He didn’t play a single snap in 2016, and in 2015 he started two games for Cleveland and promptly committed five turnovers. In terms of statistics, physical attributes, and professional accomplishments, Austin Davis is indisputably worse at quarterbacking than Colin Kaepernick, with whom the Seahawks briefly flirted and who passed for a respectable 4:1 TD:INT ratio last season on one of the NFL’s worst teams, doing so despite the supposed weight-loss issues that are still brought up when discussing Kap’s inability to get a job.

Now, when Pete Carroll was asked about Kaepernick, he did his characteristic gushing, because that’s what Pete Carroll does. Pete Carroll acts like a human Labrador in public and like Frank Underwood when the cameras go off. So of course he declared that Kaepernick was good enough to be a starting quarterback, causing a great deal of confusion among pundits who openly wondered why a team wouldn’t want an extra starting-caliber quarterback on its roster. But it’s clear to me that Carroll was either lying (i.e. he doesn’t really think Kap is a starting-caliber quarterback), or committed the sin of omission (i.e. he thinks Kap is talented but not worth the fuss, and he hopes some other team decides to make him their problem).

Frankly, it doesn’t matter either way. All that matters is that Seattle, despite being one of the more progressive franchises in football, decided that Austin fucking Davis was a better fit for them than a guy who once was a few botched playcalls away from winning the Super Bowl, a game in which his offense racked up 468 yards despite Colin Kaepernick starting out the season as a—you guessed it—backup QB.

This fits with the rest of the league’s behavior toward Kaepernick over the offseason. You already know that NFL teams have already gone out of their way to employ a string of horrendous quarterbacks while Kap has been left out on the curb with his dick in his hand. Josh McCown—who was somehow WORSE statistically for Cleveland last year than Austin Davis was the year prior—is currently entrenched as the Jets’ starting quarterback. And you already know how many writers out there are willing to push out excuse after excuse as to why Kaepernick has been shunned. Just today, the MMQB’s Andy Benoit put on his best Albert Breer mask and tweeted out this:

Look at some of those names. Matt Moore and Chad Henne are a combined 100 years old. Houston just gave away a second-rounder to be rid of Brock Osweiler, who got some Schefter polish on his nuts this morning nevertheless. And Ryan Mallett? Ryan fucking Mallett? Fuck you, Andy. Go sit on a fucking pineapple, kid. Of course, when people yelled at Benoit about the supreme ridiculousness of this list, he spewed a bunch of boilerplate Hoge-isms, as if his assertiveness would alchemize his garbage takes into fact:

Your offense would operate worse with Kap than with those other guys. So yes, essentially. https://t.co/uuFqYuu7Fp

Kaepernick is more talented than maybe all of those backups, but he’s not a better QB. Those are two related, but separate, things. — Andy Benoit (@Andy_Benoit) June 7, 2017

Benoit is clearly an idiot, but what’s dismaying here is that his idiocy is in lockstep with the rest of the NFL. Coverage like this exists to reinforce the dopey values that the NFL already holds dear. The insiders who talk to access merchants have lots of reason to go on about nuance in the pocket and unread reads and generally make throwing a ball seem like a task on par with flying a fighter jet, and the access merchants have lots of reason to take them seriously. The execs and coaches get to posture like they’re generals; the writers get to posture like they’ve seen into the hidden and ineffable complexities of the sport, which the average fan could never see with their own eyes. All of these people have incentive to talk about how Kap just doesn’t get the subtleties of the game like they do.

You can see this dynamic in Benoit’s followup post, where instead of doing anything to actually back his assertions about how a bunch of shitty QBs are better than Kap, he claims that 90 percent of the league agrees with his take that Kaepernick is not a proper pocket passer, a bit of racially-coded language that had its varnish stripped away years and years ago. (The man Kap hoped to back up, Russell Wilson, is not a traditional pocket passer and still does quite nicely for himself.) Benoit also says that his opinion of Kap has nothing to do with the anthem protest, and then IMMEDIATELY says this:

To sign Kaepernick, a team must be willing to take on the distraction that follows lightning rods. And the team must be willing to alter its entire offense (for worse). It’s not worth it.
NFL teams may scheme relentlessly against one another and claim to have their own best practices, but deep down, they are all a sadly uncreative lot, and easily influenced by what other teams are doing. Just last month, Giants owner and spineless tit John Mara said his team got more angry calls about potentially signing Kaepernick than they did about any other issue, which is weird because a) this is the team that re-signed Josh Brown after a horrifying DV incident, and b) why on Earth should any team give a FUCK what fans think when making vital personnel moves? I can guarantee, though, that the Giants are hardly alone in turtling away from Kap, whose greatest sin was openly decrying institutional racism in America, out of fear. (By the way, the Giants opted to sign Geno Smith, who has more INTs in 33 games than Kap has in 69. In today’s NFL, apparently you’re better off just throwing the ball to the other team as long as you stay in the cherished pocket.)

No. And no. Kap does not have elite arm talent (he just has a strong arm) and struggles from the pocket. https://t.co/gr1WXMnIMf

All that matters is that Kaepernick is a man without a job who just saw the only iron he had in the fire get dunked into a vat of ice water. No other team has expressed interest in him. No other team has shown anything resembling the backbone to BECOME interested in him.

And now that the Seahawks have bailed, I think it’s safe to say no one else is coming for Kaepernick. That was his last chance, and it’s gone. Maybe he’ll get a flyer this summer when someone gets hurt in training camp, but to me, it’s more likely that a desperate team turns to an even more obscenely unqualified alternative instead. Fucking Rex Grossman will get a sniff before Kaepernick does. Because to think you can win ANY argument against the NFL is foolhardy. The league never changes. The machine always wins. And when football decides it doesn’t want you, there are no second chances. Honestly, I bet Kaepernick knew all this well before the rest of us did. 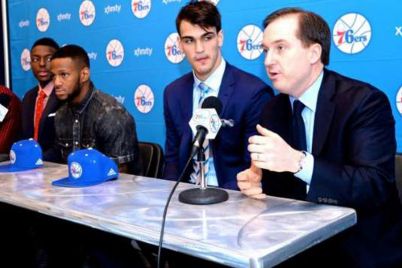 BY Ric Bucher Thank the basketball gods for the Sacramento Kings and Philadelphia 76ers.… 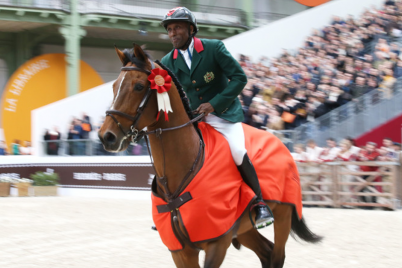 Rio Olympics: 11 Black athletes in less popular sports who are worth your time

The Summer Olympics are more glamorous than their counterpart every four winters. And of…