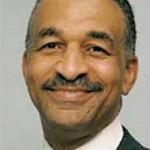 Chaka Khan sang, “Tell me somethin’ good.”  The 2014 National Urban League (NUL) report, State of Black America, “One Nation Underemployed: Jobs Rebuild America,” contains a lot of great information, but it will only prove to be “good” if we use it to build a solid and long lasting economic base.  The 236-page report is full of statistics and insights Black people need to know – and act upon.  Knowledge is only power if we use it.

For the most part, Black people in this country are at the bottom of every good category and at the top of every bad one. Of course most of us don’t need the National Urban League or anyone else to tell us that; we see it every day all around us, but supporting statistics are a great way to drive the point home.  Sad to say, our overall “state” is not good. (Sorry, Chaka)

I would love to see a report on the “Fate” of Black America.  Maybe that would wake us up and get us involved in changing our “state.”  Reports on our “state” are nice but they usually tell us what we already know.  Acknowledging and discussing our fate might scare us into implementing long term, solution-based, and work related approaches to our challenges.

I was intrigued by some of the responses to our “state” from Black folks.  For instance, a chapter on “Minorities Losing Economic Ground,” by Jesse Holland, states, “Despite the ‘dismal’ numbers, an analysis by the Associated Press-NORC Center for Public Affairs Research found African-Americans significantly more ‘optimistic’ about their future standard of living than whites…”   Holland continued, “The survey found high optimism even among Blacks who say racism is a cause for economic inequality.”

Another irony in the Urban League report referred to the new “Chocolate City,” Memphis, Tenn., which is 63 percent Black, according the 2010 U.S Census (The NUL report says 46 percent), yet ranks the “most equal for ‘Hispanics’ in unemployment equality” (3.8 percent), compared with a 6.5 percent unemployment rate for whites.”  The unemployment rate for Blacks in Memphis is 16.6 percent

What’s wrong with that picture?

While optimism is commendable, it is irrational for us to be complacent and continue responding to old problems with the same failed measures of the past.  We should know by now what relying on hope and optimism brings.  MLK’s words, “Why we can’t wait,” and the “Fierce urgency of now” ring true.  Do we just recite his words, or do we act upon them?   As I wrote in a previous article, “Just how long is ‘now’?”

It’s been 46 years since King died in Memphis, fighting for economic rights; according to an article on nashvillescene.com, Memphis is “Among worst the U.S. cities to be Black, male, and unemployed.” The city just spent $28 million to revamp the civil rights museum; I wonder how many jobs were created for Black men on that project, and how much of the $28 million went to Black contractors. Did Blacks in Memphis settle for symbolism over substance, or did they get both?

Information on the State of Black America is great, but if we don’t change our inappropriate behavior we will continue to be distracted from the real solutions to our problems.  Heck, Tavis Smiley televised the revolution for several years.  What did we do with that?  I am worn out by our tepid and sometimes total lack of response to the problems we face in this nation.

It’s frustrating to see Black people settling for a nebulous request for “jobs” and an increase in the minimum wage to $10.10.  We do need more jobs, but we must create some of those jobs ourselves, and be able to hire a significant percentage of our own workforce.  A decade ago, Economist, Thomas Boston proposed his “20 by 10” concept that called for 10% of Black workers being hired by Black businesses by 2010.  We missed that boat, so maybe Professor Boston should now call for a “10 by 20” effort.

We must raise our level of entrepreneurship by including it in our schools’ curricula, and by growing our businesses via mutual support and strategic alliances. The NUL report states, “We must recognize…entrepreneurship as the most important vehicle of economic development in the Black community.”  Amen!

Our “high optimism” alone will not take us to the promise land of “economic equality.” Complacent optimism makes us feel good in our misery; pragmatism makes us work to “do good” and do well at the same time.

Curtis Mayfield wrote it, and EnVogue sang, “Giving him something he can feel.”   Great song, but it’s better when coupled with the Isley Brothers’ classic, “I got work to do.”  Let’s move, as the Temptations sang, from “Standing on shaky ground” to “Standing on the top.” 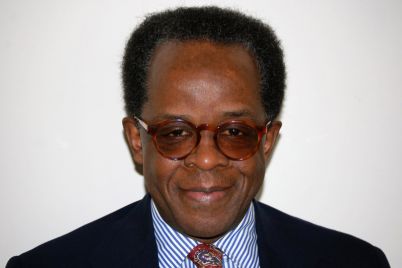 Black-ish Taught Me More About Slavery in 22 Minutes Than My Entire Education (Plus, That Roots Cartoon Was Epic)