Nestled on Broad Street between Susquehanna Avenue and Dauphin streets right off Temple University’s campus is the TECH Freire Charter School. The block, also home to the historic Uptown Theater, is where this year’s East Coast Black Age Of Comics Convention was held. 2017 was a homecoming, a return to the campus where an impromptu meeting between founder and president Yumy Odom and a group of colleagues first conceived of ECBACC.

“I had everyone come together to talk about what we could to for literacy issues. At the time, crack was a huge thing. Looking at drug addiction and education in general, what would comic book creators do to make sense out of all this for people reading the books?” Odom said. “You can’t just keep fighting galactic whatever when people are out here dying and their parents are on crack.  Comic books should serve a purpose.”

In its 16-year run, the convention has moved all over the city. From West Philly to Center City and now for the first time since 2008, back to North Philly. While ECBACC has evolved over the years, the mission remains the same: to promote literacy, creativity and positive black images. In addition to paying homage to Turtel Onli from Chicago, the father of the Black Age of Comics concept, ECBACC has always has been about community.

There aren’t the usual convention headaches; no long lines, no expensive hot dogs. It’s replaced by a distinct Philly vibe,  like the kind found in the first independently published African-American comic book, All-Negro Comics, whose creators were Philly natives. Orrin Cromwell Evans illustrated and George J Evans Jr. wrote, the single issue in 1947 and their legacy still holds strong. They were recognized with a posthumous ECBACC Pioneer Lifetime Achievement Award in 2011.

“Because Philadelphia has been such a collection spot for a number of artists in black literature, people feel a special affinity. Philadelphia is a special place, can’t describe it, but I certainly feel it,” said Dr. William H. Foster III, a comic book historian and author of Looking for a Face Like Mine, who is also a founding member of ECBACC.

More comic book artists continued to set the tone for changing the scene in the city and paving the way for others. After the Evanses, it was the Sims brothers. Dawud Anyabwile created Brotherman with his brothers Guy and Jason Sims in 1990. They grew up in Mt. Airy.

“The black church, our relationship with the Quakers who always supported black liberation even way back into the founding of the city and state. William Penn said this is a place of brotherhood and fostered that there,” Foster said.

As they pass through the front doors of TECH Freire, attendees are greeted with a warm welcome from the ECBACC team. Parents keep a watchful eye on kids playing in the atrium. Through one door is artist alley, a small but bustling room filled with warm conversation and laughter, the sounds of a big family gathering. Through the other door, there’s an AfriCoz contest underway. Enthusiastic comic book fans are dressed as Black Panther, Static Shock, Blade, Misty Knight and more. Upstairs, classrooms with elementary school desks are devoted to youth activities and panel discussions for comic book illustrators and writers.

“It’s a real emotional peace for me, just watching,” Odom said.  “All these facets and all these things happening that really are world-shaking on a small level, but it’s impacting so many people across the world. There are even two or three conventions now in West Africa, Nigeria has one, Ghana wants to have one, South Africa is trying to have one.”

Distribution remains one of the biggest challenges for African-American artists. Foster and Odom recall that issues of All-Negro Comics were sent back because distributors did not want to sell a comic with a black man on the cover. Odom decided to use ECBACC’s reputation to establish the Glyph Awards in 2006, which helps artists establish their reputation in the wider industry.

“We are connected to almost everybody in the industry and people actually come to us and they use our work as their starting points in conversations. Glyph award-winning, so and so is at ECBACC in 2012. That’s huge,” Odom said.

However, part of this influence is also due to the devoted organizers and longtime attendees who have built on what the convention started.

“Nobody is writing about these guys,” said Maurice Waters, once the Vice President and Event Coordinator of ECBACC and founder of BlackSci-Fi.com. “These guys that are at DC that you may not know of,  such as Dwayne Mcduffie and Eric Battle, and talking about what their work is. I said, ‘Why not do something that can help them?’ The real heroes are the real heroes behind the books, not in the books.”

ECBACC’s influence also inspired Regine Sawyer, who first attended ECBACC in 2008. In addition to starting her own company, she founded the Women in Comics Collective five years ago.

“I still get crossed up with my words thinking about it. I was just that much in awe. I had never been to a show that was so culturally aware,” Sawyer said. “ECBACC is the first and out of that has come other shows across the country. It inspires me to really believe in the power of black creativity. It was powerful to see that our impact was here in comics.”

The impact of ECBACC on the industry is impressive, but it’s real mission is youth outreach. Waters explained that it serves as an alternative narrative for kids who are fed a steady diet of stereotypes.

“It’s important for the next generation—be they black, white or another color—to see people of color doing things like this and know there are other options out there,” Water said. “If you can play basketball or rap, great, but there’s a whole other industry that’s involved in making comic books. There are accountants, colorists, writers, editors, distributors, marketing, all of these things are involved in creating the comic books that you read.”

Mshindo Kuumba, who has lent his skills to such comic creations as Jaycen Wise, Indigo and The Horsemen, instructing a Digital Art Master Class.DARYLL BENJAMIN

Andre LeRoy Davis, best known as the illustrator of The Source magazine’s The Last Word column, received the 2016 Pioneer Lifetime Achievement Award and is one of many ECBACC attendees who devote their time to preparing the next generation. Davis teaches in New York public schools and has a class focusing on graphic novels and comic creation where he has the kids become their own publishing company. They create the characters, write and illustrate the stories, and even come up with their own company name and logo. At the end of the year, they have their own comic book.

“If it’s focused on kids, I’m going to be a part of it more than anything else,” Davis said. “The positivity, it’s the community. The more or less the family-oriented way that things are. It’s not the way it’s made, it’s the way it organically comes.”

ECBACC has not only impacted the lives of individuals, such as Black Heroes Matter creator Richard G Tyler II, whose T-shirts went viral at San Diego Comic Con last year, but is also responsible for the growing number of comic book conventions focusing on marginalized artists across the country.

“There’s a whole other community, not just one, many—black, latino, LGBT—who like comic books too. Their needs weren’t being addressed,” Waters said.

“All the conventions that come from and through ECBACC have their own flavor. We were the ideators for most of what you are seeing. They come from people who have been to ECBACC. They like what this feels like,” Odom said.

“Even if we are marginalized someplace else, in our own minds, no we are not,” Foster said. “We are bringing our gifts, our legacy, to the world. We refuse to be told we can’t do it anymore. We refuse to be stopped. We have a voice.” 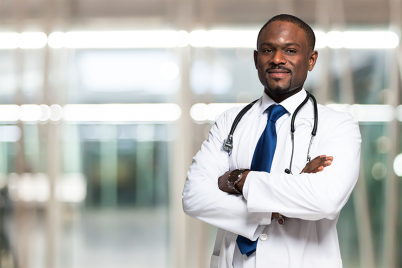 Students can earn a biology and chiropractic degrees at SPC