The main course has yet to arrive for college football fans, but the appetizers offered up during Saturday’s bowl games were scrumptious treats that featured some big-time performances.

An all-time NCAA record was broken by one of the best players in college football most fans have never heard of. Meanwhile, in the same game, one player’s career ended on a particularly bitter note. An ironic twist capped off one bowl game and some windy conditions had a lot to do with another.

We’ll take a look at these stories and more as we examine the top takeaways from Saturday’s slate of bowl games.

1. Irony and agony at conclusion of the Celebration Bowl

Get this. In the waning moments of the game between Grambling State and North Carolina Central Saturday, a 15-yard penalty for excessive celebration kept the Eagles from potentially winning…the Celebration Bowl.

North Carolina Central quarterback Malcolm Bell, who had a miserable game overall, finally found a receiver for a touchown with a little over two minutes remaining in the game. The receiver who caught the 39-yard touchdown pass, Quentin Atkinson, then got caught up in the moment, took his helmet off and began to celebrate with the crowd.

That’s a huge no-no in college football. And it earned Atkinson a 15-yard penalty for excessive celebration. That moved the extra point back 15 yards, and from that distance kicker Brandon McLaren had his extra point attempt blocked. That blocked kick was the difference in the game, as Grambling went on to win by the score of 10-9.

“I kind of felt fault for that,” Atkinson said after the game, per the Associated Press. “I do want to apologize to my team for that because that was a selfish act. I’m not selfish, but it was the heat of the moment and I was excited to bring the team back with an outstanding play.”

Now, we’ll never know if the Eagles could have somehow won the game in the final minutes or overtime, but Atkinson’s penalty absolutely had something to do with the loss. It was a terrible way to lose and one Atkinson and his teammates won’t forget any time soon.

With winds howling above 40 miles per hour at University Stadium, it was hard to get any kind of passing game going for either team at the Gildan New Mexico Bowl. Here’s a quick example of what the teams were dealing with on Saturday in Alberquerque.

The wind was blowing decidedly one way in this game to the point where New Mexico actually called a timeout before the end of the first quarter near the goal line so as to stay with the wind to finish out the drive before having to switch in the second quarter.

As a result of these blustery conditions, the contest was devoid of much passing offense until late when Texas-San Antonio’s Dalton Sturm threw a couple of touchdowns. Unfortunately for the Roadrunners, however, the scores ended up being too little, too late, in the 23-20 loss to the Lobos.

Between the two teams, quarterbacks went 13-of-32 for 195 yards. On the other hand, the teams combined to rush for 465 yards. While neither team featured prolific passing offenses heading into the bowl game, the wind had plenty to do with the lack of success through the air.

Remarkably, the two kickers in this game, Jason Sanders and Victor Falcon, made all three of their field goal attempts and missed just one extra point in five chances. 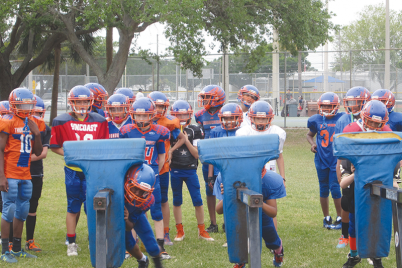 Wade ready for his Chicago challenge 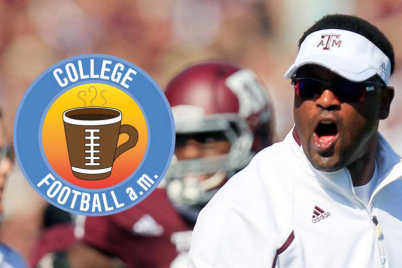