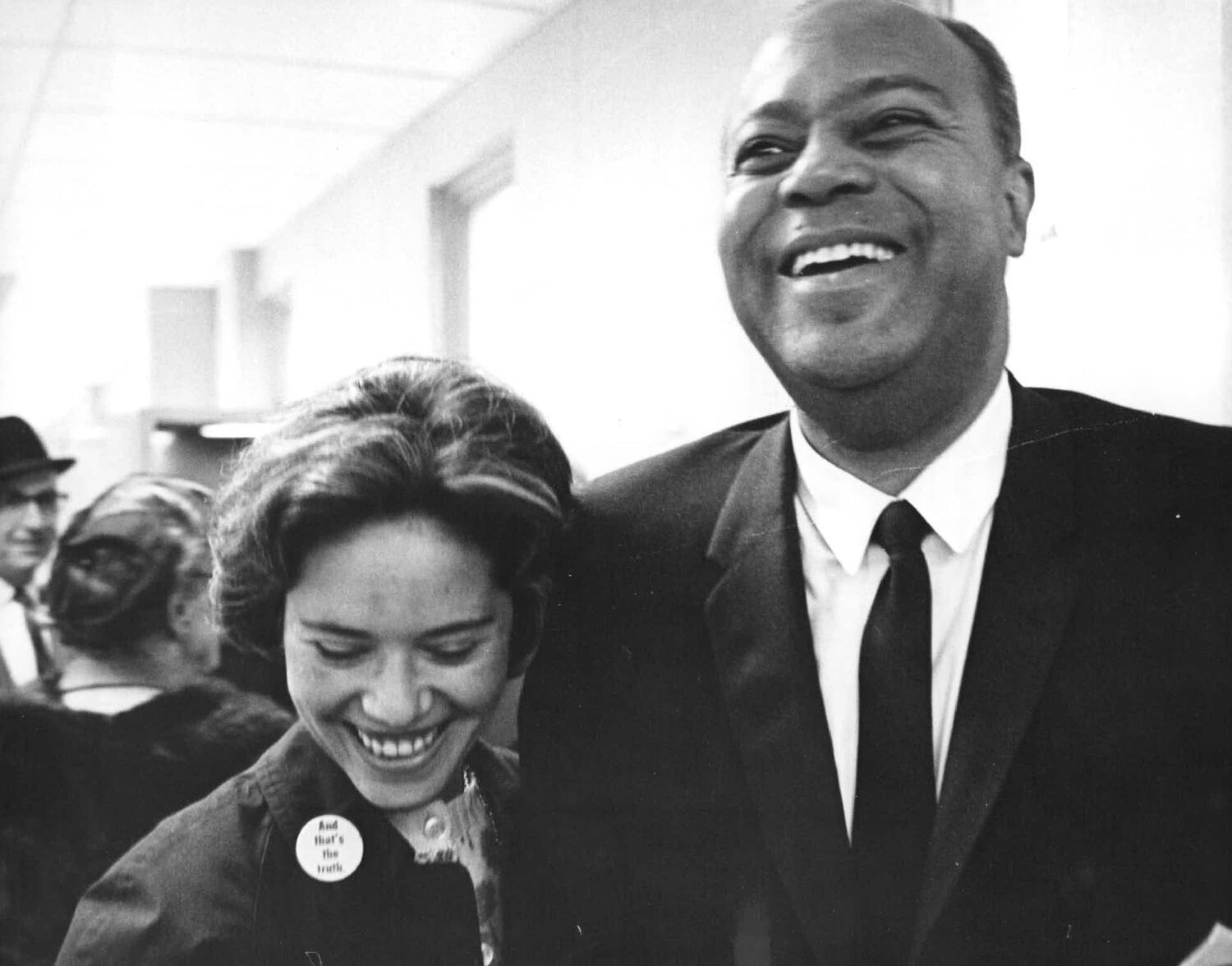 She was a black civil rights activist, arrested for nonviolent protest. And the judge was losing his patience.

The atmosphere in Gadsden that summer “was truly frightening and terrifying,” says Colin Morris, a history professor at Manhattanville College. “The Klan was highly active. On more than one occasion there had been attacks in Gadsden.”

But Hamilton wasn’t frightened. She was furious. She refused to answer the prosecutor’s questions.

“I won’t respond,” she said, “until you call me Miss Hamilton.”

It wasn’t just about an honorific. It was about respect and racial equality. Her demand was an act of defiance that would eventually bring her name before the U.S. Supreme Court and set a precedent for how witnesses are addressed in courtrooms today — with equal courtesy.

Hamilton grew up in Iowa and Colorado. For a while she thought she’d be a nun — then she discovered socialism, and through socialist groups, learned about the work civil rights groups were doing in the South.

She was light-skinned, like many of her relatives. Some members of Hamilton’s family passed as white, but Hamilton refused. “She was disgusted that anyone would pass,” says her daughter, Holly Wesley. “She identified very strongly as black.”

When Hamilton heard about the burgeoning civil rights movement, she was elated.

“It’s happening! We’re finally fighting back!” she recalled thinking, in an oral history she taped years later with her friend Sheila Michaels. “We’re gonna fight back, we’re not gonna take it any more!”

She joined the Congress of Racial Equality — a major civil rights organization at the time — and became a Freedom Rider. In 1961, with other Freedom Riders, she was arrested in Jackson, Miss. She remembered sweltering jails, invasive and unnecessary vaginal exams, and disrespectful policemen and jailers — one of whom “just couldn’t understand” a black woman like Hamilton answering him with polite noncompliance. “He lost his composure,” she said. But other men got angry. 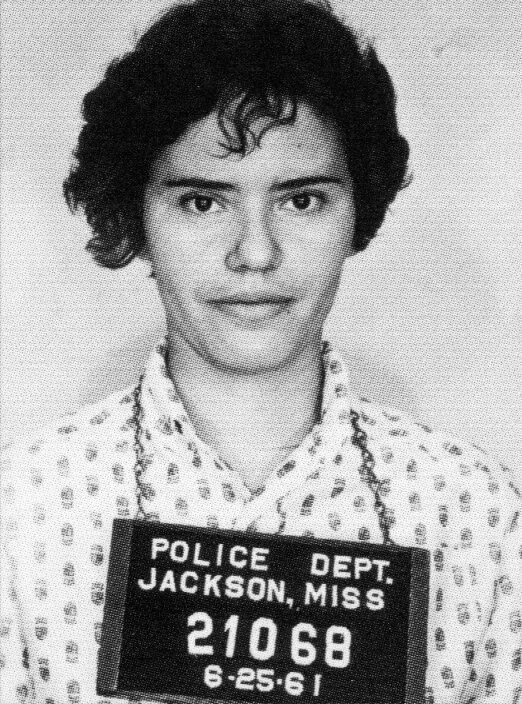 In the years that followed, Hamilton traveled all over the South, organizing for the civil rights movement, registering voters and rising up the ranks at CORE, becoming a field secretary and eventually Southern regional director — a rare level of authority for a woman. Along the way, again and again, she was arrested at protests.

She recalled looking one jailer in the eye, sensing that he wanted to rape her, and telling him he’d have to kill her first. Meanwhile, she also had to fight off pervasive sexual harassment from other activists within the movement.

Violence, too, was everywhere. She was beaten again and again. Another jailer threw her in an elevator and ran it up and down again and again. He told her to scream, saying no one would hear her. Hamilton says she was silent — “out of sheer meanness and spite,” she recalled.

Her resistance was nonviolent — polite, quiet, still. But it wasn’t passive, and it wasn’t calm.

“Dr. King called my mother Red, and not for her hair but for her temper,” Wesley says. “For a nonviolent movement … she was one to get pissed off.”

Hamilton’s friend Sheila Michaels, a fellow activist and former roommate, recalled her as a “dashing woman with great authority” who could charm and terrify people in equal measure.

“She was generally conceded to be the worst-tempered woman in the Nonviolent Movement,” Michaels said. “But she was also an organizer whom others followed to the ends of the earth.”

“My name is Miss Hamilton”

Mary Hamilton was constantly confusing and infuriating men in authority by standing up to their disrespect.

In Lebanon, Tenn., when a mayor visited her cell and referred to her as “Mary,” Hamilton corrected him. It was Miss Hamilton. Hamilton and Michaels recalled the moment in their oral history: “And if you don’t know how to speak to a lady,” Hamilton told the mayor, “then get out of my cell.”

At the time, throughout the ’60s, many white people — particularly in positions of authority — refused to use honorifics like “Miss,” “Mrs.” or “Mr.” to refer to black people.

Barbara McCaskill, an English professor at the University of Georgia, studied the narratives of black Americans and the civil rights movement. She said her own mother vividly remembered being denied the honorific “miss” as a young woman.

“Segregation was in the details as much as it was in the bold strokes,” McCaskill says. “Language is significant because language calls attention to whether or not we value the humanity of people that we are interacting with. And in segregation the idea was to remind African-Americans and people of color in general, in every possible way, that we were not equal, that we were inferior, that we were not capable. And language becomes a very powerful force to do that.”

Which brings us to Gadsden, Ala. In 1963, Hamilton was arrested for picketing and brought before the court for sentencing. Once again, officials refused to call her Miss Hamilton.

She refused to answer. The judge — muttering lewd comments about what he’d like to do to her if she were in his kitchen — ordered her to answer the prosecutor and apologize. But Hamilton was buoyed by rage at the judge’s dismissiveness, and by the support of the lawyer assisting her.

She refused. She was fined and sentenced to a few days in jail for contempt of court.

Her lawyers appealed the case, saying that the prosecutor and judge had denied Hamilton her constitutional rights by treating her differently from the way they treated white witnesses. Eventually her case landed before the Supreme Court in Hamilton v. Alabama.

The justices issued a summary reversal, overruling the Alabama courts without even calling for oral arguments. Their brief decision effectively said that a court could not address black witnesses differently than white ones.

“A desegregation decision, basically,” says historian Colin Morris. “And that case, that precedent, stands — and is the law of the land up to the present day.”

“She was our hero”

By the time the Supreme Court ruled in 1964, Mary Hamilton was nearing the end of her time as an activist. After years of draining work and repeated beatings, her health was suffering, and she was exhausted. 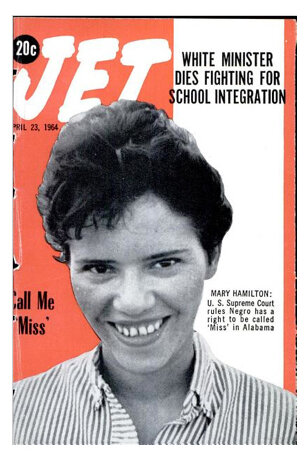 Her story made headlines across the country, and her face was on the cover of Jet magazine. But as the years went by, and Hamilton became a union organizer and teacher, her name largely faded from memory. By the time she died in 2002, her passing and her legacy received little attention.

Michaels remembered her friend in a speech shortly after Hamilton’s death. She described her old roommate “streaking through the bayous & pine thickets of the deep South; organizing, organizing, in her white Plymouth Valiant. For if ever there was a steed aptly named to carry an hero into battle, it was Mary’s Valiant. And she was our hero, cast in the heroic mold.”

Michaels, who died this summer, fought her own fight over honorifics — she led the crusade for women to be able to go by “Ms.” as an alternative to Miss or Mrs.

In fact — as NPR noted in an obituary for Michaels — she was originally inspired by a piece of mail to her roommate, Hamilton:

“The two women met through The Congress of Racial Equality in New York. They moved in together around 1961, and spent the next few years living, traveling, protesting and registering voters together. (And having plenty of fun, too. ‘We partied a lot. I mean, we had great parties,’ Michaels said in [an] oral history.)

“The fateful piece of mail arrived that first year of their friendship and activism. It was a left-wing magazine addressed to Ms. Mary Hamilton, but it was Michaels who was struck by inspiration. Those two little letters …

” ‘Wow, wonderful! Ms. is me!’ Michaels thought, according to a 2000 interview with Japan Times.

” ‘The first thing anyone wanted to know about you was whether you were married yet,’ Michaels told The Guardian in 2007. ‘I’d be damned if I’d bow to them.’ Going by ‘Ms.’ suddenly seemed like a solution; a word for a woman who ‘did not “belong” to a man.’

When Michaels first made her observation about “Ms.,” Hamilton wasn’t very impressed. As Michaels remembers it, she said something like, “Sheila, we have much more important things to do.”

But she also knew honorifics were important. Just a few years later, she was fighting her court battle over her own.

Both women fought for the world to address them on their own terms, battling over language in addition to their work for legal change. But they were fighting from different places. Hamilton had to go to court just to earn the honorific Miss — while Michaels was advocating to move beyond Miss.

And the world remembered their achievements differently. Hamilton’s case, the “Miss Mary” case, made headlines in its time but largely faded from memory. Michaels’ role in advocating for “Ms.” was little known when it happened, but became recognized as a linguistic turning point decades later and was feted at her death.

But Michaels, for her part, sought to carry and share Mary Hamilton’s story. She painstakingly recorded her life history and spoke about her to the press — and in that speech, shortly after Hamilton’s death.

“Even in a field of extraordinary and heroic women, Mary’s career had been singular,” Michaels said. “Even where women could suddenly find themselves militant leaders, her career had been meteoric.”

Hear more about Mary Hamilton’s life — plus the story about how NPR discovered the connection between Hamilton and Michaels and a conversation about what we remember about the civil rights movement and why it matters — in the full podcast episode. 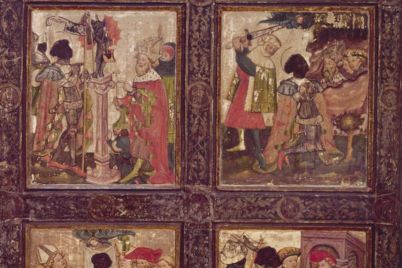 Do you know the legend of the 1st black saint?