The claim that black Brits have been appropriating African American culture and picking up their acting jobs along the way has been causing us some consternation. Not least because, Samuel L Jackson, one of our faves, sparked the storm when critiquing Jordan Peele’s white supremacy-fuelled thriller Get Out. “There are a lot of black British actors in these movies,” Jackson told New York radio station Hot 97 earlier this week. “I tend to wonder what Get Out would have been with an American brother who really feels that.”

Even before this a wealth of Twitter threads suggested that the relationship between African American’s and the diaspora were not as peaceful as we’d like to believe. “Diasporically, there is a current of anti-African American bias”, tweeted American writer Chaédria LaBouvier (who wrote an excellent piece about Basquiat for us recently). She lived in Europe for six months last summer and explained that she had experienced a reluctance from black Brits to acknowledge the impact African American culture has had on the wider world. “People will absolutely say that African American’s don’t have culture,” she said – adding that “fam” was originally an “African American Vernacular English” phrase that was appropriated by black, Multicultural London English-speaking Brits. Ok, fam…

In response to these conflicts, it was angrily suggested that not only do African Americans have something of a monopoly on how black people are perceived and portrayed in the western world which, as put by Buzzfeed writer Bim Adewunmi, “flattens and reduces other blacknesses”, but also that as an ethnicity we shouldn’t be seeking out squabbles. Star Wars actor John Boyega, in response to Jackson’s comments, for instance, called the situation a “stupid ass conflict we don’t have time for”. We’re inclined to agree, but at the same time acknowledging our differences and engaging in the ways which we can support each other as a loose unit isn’t necessarily a bad thing. And this debate, as trivial as it may seem, could be an opportunity to do that.

As Adewumni suggested, what Samuel L. Jackson and the majority of American black Twitter aren’t acknowledging is the hypervisibility of African Americans in the diaspora. Visibility doesn’t mean they are privileged in any sense of the word, but their culture is far more understood since the world looks at the black experience through a predominantly American lens. It is gladly sustained by a film industry where black British actors, like Boyega, are treated as if their Britishness detracts from their blackness. They are othered by their own tongue and often lose their accents in Hollywood movies. In the few film narratives that do focus on black people, those of us outside the African American diaspora are almost always invisible.

Of course, this is in part a natural consequence to African American’s proximity to the global hub of cinema. And it isn’t hard to see why black actors, like actors from all over the world, are flocking from the UK to Hollywood. Other than the fact that American films are extremely lucrative, it’s been found that there are limited options at home for black actors. Research by the British Film Institute showed that in the last 10 years, only 13 per cent of films had a black actor in a leading role, and six in 10 films had no named black characters at all. It also found that there is a frustrating lack of variety of the types of black people on UK screens – they’re more likely to appear in crime movies than any other genre. It makes sense then that many actors of colour feel like they have to cross the Atlantic to pursue their careers.

As a former black power activist that once held Martin Luther King’s father hostage to make space for black academics, Jackson is fully aware of the struggle for representation. By his own admission, his pursuit of acting was a way of channelling his political ambitions, changing opinions by taking roles in mainstream cinema. Many have pointed out that actors like him paved the way for increased diversity in Hollywood and black Brits are reaping the benefits of the Americans that suffered before them. However, Jackson and his cohort should not chastise black Brits for taking the opportunities on offer, rather they should be angry at a system that provides so few roles that it leaves a whole race of people begging for scraps. Perhaps a US actor would have a different perspective on how to portray the protagonist in Get Out, or Martin Luther King in Selma – our experiences are not always the same – but they deserve to yield the same influence Jackson dreamed of at the beginning of his career.

One of the most frustrating things about this whole debate is how little the African Americans who are weighing in on black Britishness know about our history and culture. Even the UK school curriculum teaches black British children more about African American history than their own. Our knowledge of the slave trade barely touches on Britain’s uniquely shameful involvement, and the continued erasure of England’s own fight for civil rights is deplorable. We learn about the Ku Klux Klan, segregation and the American Civil Rights movement in detail, only to hear about the “no dogs, no Irish, no black” signs hung on British shopfronts from our grandparents. Our history encompasses beatings at the hands of the Teddy Boys and skinheads, the birth of black churches in response to being shunned by white congregations, parties in the front room of our homes for fear of getting into trouble in the mainstream pubs and clubs, and the many race riots that happened throughout the 70s and 80s due to racial tension. And yet it is mostly reduced to an oral history, seemingly unworthy of being valued by our education system and, up until recently, rarely seen on TV.

There’s no denying how influential African American culture has been on black Brits. In the absence of black British sitcoms, programmes like The Cosby Show and comedians like Richard Pryor and the works of Spike Lee were the only reflection of blackness that British children were given and they could relate because of the shared experience of racism and feeling of being “other”. The idea that we are infringing and appropriating it is misinformed, creating an oppression Olympics where there needn’t be one. That’s why it’s disappointing that Azealia Banks is comfortable labelling grime and UK rap a “disgrace”, considering both have become important ways of telling our own narratives in a distinctly British style. Americans may need to bite their tongue when weighing in on black British culture, our identity is a nuanced, personal thing – it isn’t yours to undermine.

When fighting for racial equality, it does nothing to undermine the struggle of others who have stood in solidarity with you. People are starting to realise that for the feminist movement to be successful, it needs to be intersectional, yet in the fight against racism, some African American’s have opted to create division within the diaspora. Our respective residences should not divorce us from our common blackness. African American’s need not labour under the misapprehension that because they haven’t seen us killed by our own police, or hosed down in the streets while campaigning for rights that it has never happened. It’s just that unlike them the story of our unique struggle remains largely unheard. Rather than argue over whose struggle is worse, the anger needs to be aimed at creating spaces for all of us in the entertainment industry. And in the meantime, we can still be a part of the wider narrative by taking roles that highlight the racism we all face. 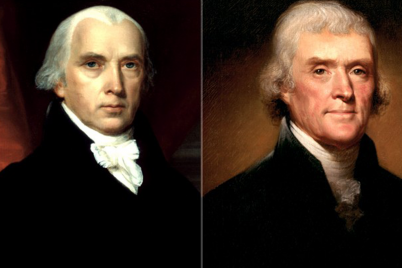 By D. Watkins, Salon An idiot clicked on a number of bogus news stories floating… 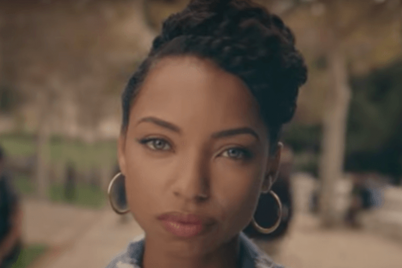 By Ezinne Ukoha, Huffington Post Dear White People was a sleeper hit that gained a…

2 Replies to “Why are some African Americans so threatened by black Brits?”