Shelly Fields is a 46-year-old white woman living in Richton Park, a racially diverse Chicago suburb. She says she’s raised her four daughters, who are biracial, to see people of all races as equal, just as her parents raised her. Fields doesn’t think that racism will ever disappear completely, but she’s hopeful that it lessens with each passing generation.

“The more biracial children there are, the more equality we see,” Fields said. “The more people of color we see in positions of power – it will help to change the way people see race.”

Her oldest daughter, Summer, is a 22-year-old graduate of the University of Chicago. When she was in high school, Summer probably would have agreed that race relations were looking up. The ’90s and early 2000s were “a post-racial fantasy time” in Richton Park, Summer said. “Being firmly in the middle of the Obama era – it [was] a moment of progress. It was validating.”

Now, as the Obama era ends, she is of the mind that racism isn’t going anywhere.

“Racism always evolves, and will find a way,” Summer said.

The question that Shelly and Summer are tackling has been posed in many forms for many generations. Will racism just die off with old bigots? Does the fate of race relations lie with the children?

That idea has been milling about the public psyche for generations. It lives in that famous (if oft-decontextualized) line: “I have a dream that my four little children will one day live in a nation where they will not be judged by the color of their skin but by the content of their character.”

Martin Luther King, Jr. said it eloquently in his “I Have a Dream” speech, but we’ve heard that sentiment through the ages, from Thomas Jefferson to Oprah Winfrey. The belief that our children’s generation will be less racist gets repeated by teachers, parents, politicians and activists. And understandably so. Much of American culture is predicated on the idea that we can create a better future for our progeny, instilling in them values that we as a nation have often failed to uphold. 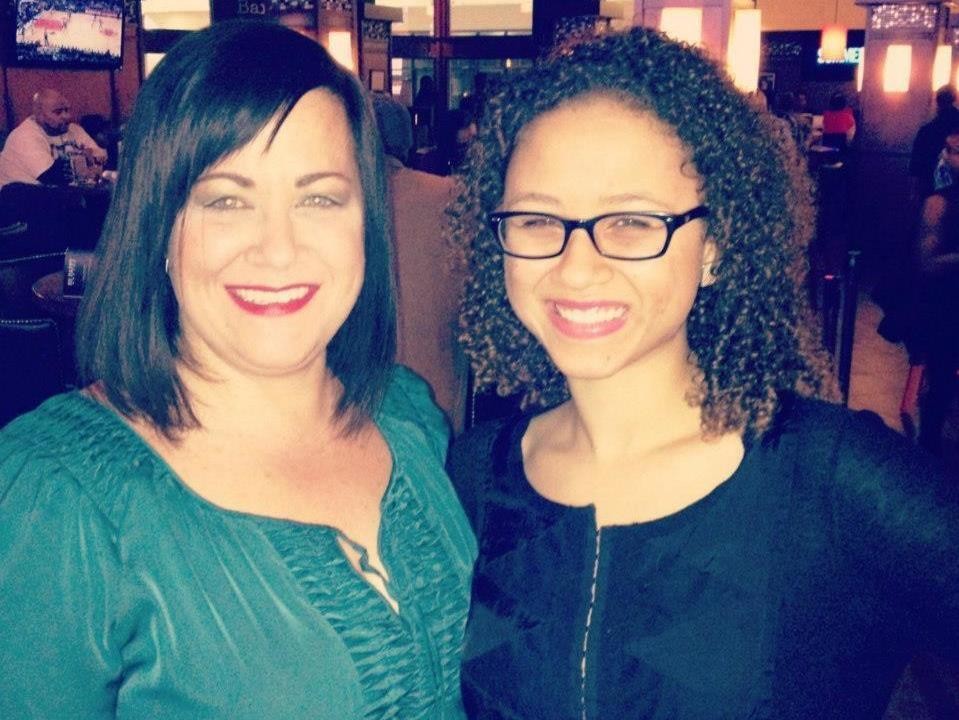 In our small, very unscientific survey last month, Code Switch heard that conviction. We also heard just the opposite. We wanted to know if beliefs about the future of racism were held consistently in families from generation to generation. Here’s what we asked in our December callout: Will racism fade away when old bigots die?

Of the 120 or so people who responded, more than two-thirds said they did not think the next generation would usher out racism. And nearly the same number thought their answer would differ from their parents or grandparents. (There’s reason to think, given some more scientific national research, that there’s not really much difference between generations when it comes to racial beliefs.)

But let’s get back to the Fields family. Summer Fields responded to our survey. She had no qualms saying that racism would be with us for the long run. She didn’t know exactly what her mom would say, but she was pretty sure it wouldn’t be that.

Here’s what Shelly said: “The further we get away from the idea that one skin color or race is better than the other, the better. Past generations had these ideas, and they were spread to the next generation and the next.”

Shelly learned about race from her parents. When she was growing up, she said, they taught her never to judge other people based on skin color. That didn’t stop them from being cautious when she began dating outside her race and eventually decided to start a family with a black man.

“Once [my mother] found out I was pregnant, when it hit close to home, it was a different story,” Shelly said. “She was afraid … She said, ‘You’re gonna have a baby with dark skin and kinky hair.’

“‘She was afraid because she didn’t know [what to expect]. And I really didn’t know either.”

But Shelly said that once her daughters were born, her parents were able to see firsthand that there was nothing to worry about. (She lives right behind her parents, and they’ve been heavily involved in each other’s lives.) She said that her neighborhood has always been racially mixed, and that her family has never really experienced racism there. That, she said, helped her parents move past some of their fears and double down on their belief that people of all races should be treated equally.

“They taught that to my daughters,” Shelly said. “They and I showed my daughters, and I’m hoping that they’ll show their daughters and sons.”

Summer isn’t quite as hopeful. As a high schooler, being surrounded by a mix of black, white, and multiracial classmates, it was possible for her to believe in a more uplifting future. After arriving at the University of Chicago, where less than five percent of the student body was black, her perspective changed. She started learning about things like race theory in her classes. The overwhelmingly white environment also affected how she thought of herself; her identity suddenly felt more political.

She found herself engaging and disagreeing more with her mom’s ideas about race. They’ve argued over things like trigger warnings and safe spaces (her mom says that’s not how the real world works) and about how to self-identify. Summer thought of herself as biracial until she went to college. When she started referring to herself as a black woman, that became another point of contention.

“My mom doesn’t understand,” she said. “She feels like that’s an affront to her.”

While Shelly knows racism won’t disappear (“We still have families that teach the same things they were taught about judging people based on race,” she said,) she holds onto some optimism.

Summer’s prognosis is a little bleaker.

“Our country’s whole identity is founded on the pillaging and murder of Native people and chattel slavery,” she said. It would help to acknowledge that, she said. She’s just not sure democracy could handle it.

“For us to call that out and admit it would be the first step,” Summer said. “But it would destroy the whole project.”

That generational dissonance seemed to be a common thread among the people we surveyed. We heard from a South Asian college student in Florida who said that because her parents chose to come to the United States, they’re more invested in the notion that America is a land of opportunity for all people. So they don’t get why so many people of color in this country fear police or don’t work their way out of poverty.

“My mom isn’t racist … but she doesn’t understand institutional racism,” she said. “I have an understanding of [American] history that my parents don’t.”

We also heard from a white elementary school teacher in New Jersey who’s hopeful because his white students idolize musicians and athletes of color. But he said his parents think the culture gaps between races are too large to ever overcome. At one point, he spoke to them about moving from his largely white neighborhood into one that was racially mixed. He thought he’d be comfortable there.

Much of the available public polling data suggests that millennials like the schoolteacher are not as different from Generation Xers or Baby Boomers as they might think. Kathleen Weldon, communications director at the Roper Center for Public Opinion Research at Cornell University, said millennials tend to say they are more optimistic about race relations than their parents, and more broadly accepting of things like interracial friendships and marriage.

But when questioned about specific policy issues tied to race, she said, millennials sound a lot like their elders. They don’t “have different views on the [George] Zimmerman case, aren’t more aware of the disproportionate effect of HIV on the black community, are not more likely to think government should play a major role in the social and economic position of blacks, and are no more [or less] likely to think the [Voting Rights Act] is still necessary,” Weldon said.

“In other words, when it comes to perceptions and policy around race in the U.S., young Americans don’t look much different from older ones.”

Jocelyn Wilks and her father, Elijah, expected their views to diverge significantly when it came to race and racism. But though they come from different generations, were born in different parts of the country, and even have different ideas of what they’ll call racism, their outlook is pretty similar. 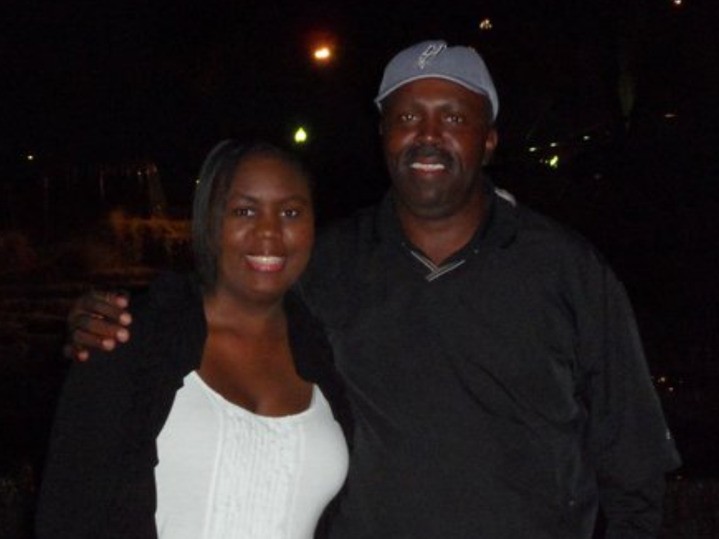 Those experiences inform his thinking about race. His daughter, he said, formed her opinions another way.

“I’ve never taught [Jocelyn] about racism,” Elijah said. “I never had those conversations with her. I let her grow up and develop her own opinion of things. That was never taught in the home when I was growing up and I didn’t teach her that way.”

Another difference between father and daughter, he said, is geographic. He was raised in Mississippi; Jocelyn was born and raised in San Antonio.

“Where I grew up, you were either black or white,” Elijah said. “In San Antonio, it’s predominantly Hispanic, and whites and blacks are minorities … It makes a huge difference.”

Jocelyn is a 28-year-old accounting student who lives just north of San Antonio. Her experience teaching pre-school helped convince her that racism was going nowhere fast. During that time, Jocelyn heard a lot of nonsense from her students, like one boy who, after losing a basketball game, said his opponent’s “genes were made to jump.” Jocelyn knew the children were getting those ideas from somewhere.

“When you’re 9 or 10 you can’t call bullshit on your parents,” she said. “You take those racist statements as facts. …

“Kids pick up things that you don’t teach them. So if Mom treats a person of color poorly, the kid sees that and picks it up, because that’s their model.”

Jocelyn said she and her dad have different ideas of what’s worth labeling racism. Born in a harsher time, his threshold, she said, is higher.

“It won’t be the small slights that people in my generation find to be racist,” she said. “He thinks things are getting better, and they are better from when he was growing up. But it’s not the better that we’re looking for. He wouldn’t look at gentrification or housing segregation and say, ‘They’re doing that on purpose, this is racist.’ It would be a church shooting, and he’d [say], ‘That’s a hate crime.’

“Dad says, ‘It’s not fair that these people are getting killed and no one’s going to jail for it.’ And I say, ‘It’s not fair, if your name is Shaniqua, that you have to work 15 times harder to get a job than anybody else.'”

But when they come back to that question that has been passed down through the generations – Will racism fade away when old bigots die? – Elijah and Jocelyn sound almost identical.

Father: “As new generations come into existence, it will be lesser and lesser, but I don’t know if it will ever end.”

Daughter: “As long as there’s racism in this generation, there’s going to be racism in the next generation. It might dwindle, but it won’t disappear.” 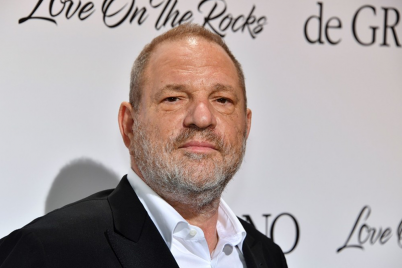 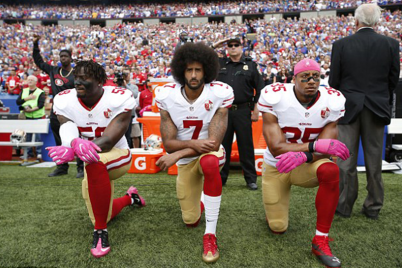 By ALEX RASKIN SPORTS NEWS EDITOR FOR DAILYMAIL.COM and REUTERS After going unsigned…

President TrumPutin Lied on Obama, so Why Isn’t Anyone Saying It?

By Stephen A. Crockett Jr., The Root On March 4, when the president of these United…