The Young Women’s Christian Association originated in England in 1855 when Lady Mary Jane Kinnaird founded a home in Northern London for single women who were travelling to the city from rural areas to join the industrial workforce. Our own downtown Nashville YWCA opened in 1898 for white women who worked in factories and offices and had no safe options for overnight housing or off-hours leisure time. In her book, Women Helping Women, The YWCA of Nashville, Carole Stanford Bucy describes the facility as a “homelike place to go” with opportunities for personal enrichment, religious study, entertainment, exercise, friendship, and volunteering.

The all-female board of directors of the Nashville YWCA first discussed the idea of extending services to African American women and girls in 1907 but felt that prejudice and the stronghold of Jim Crow was too pervasive in the South to do so. By 1912, President of the Board Kate Trawick announced that the societal mistreatment of black women was morally wrong and that it was her Christian responsibility to reach out to them through the YWCA. However, she did not believe in racial integration. Trawick believed that the best form of “interracial cooperation” was for the Central YWCA to provide the funds and advice for the creation of a segregated branch. Of course, given the high concentration of churches and historically black colleges and universities within the Nashville city limits, there were already a number of successful African American women’s clubs.

Trawick invited women from these groups to form a board for the African American YWCA branch, the Blue Triangle, and installed them in a separate facility at 5th and Gay Street in 1921. Marian M. Hadley, the former head librarian of the Negro Branch of the Carnegie Library, was designated executive secretary and she and her committee endeavoured to have a democratic organization with all-black leadership. However, Trawick seemed to not trust them to make “acceptable decisions” and would attempt to influence votes. When African American board member Mary E. Jackson was voted in as secretary by the Branch, Trawick intervened. The Branch would have needed outside funds to retain Jackson’s salary and, as Bucy writes, Trawick was “fearful that the Blue Triangle Branch would become autonomous like the colored YMCA” if the Central YWCA did not provide their full financial support. Frustrated by the paternalism exhibited by Trawick and her board, Hadley eventually resigned.

Despite the Central YWCA’s wish for complete monetary control over the Branch, in 1927, the Blue Triangle’s Committee of Management and Secretaries succeeded in fundraising enough money to cover the final note on the 5th and Gay Street location themselves. 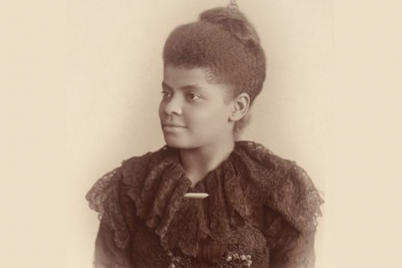 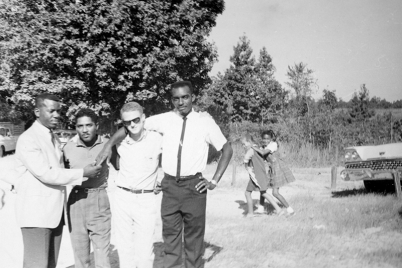