ST. PETERSBURG — Author and New York Times columnist Charles Blow will speak at Eckerd College Fox Hall on Tues., Sept. 8 at 7:30 p.m. The talk, which is free and open to the public, is the kickoff event for the annual Presidential Events Series.

Blow writes frequently about politics, public opinion and social justice in his op-ed column, which began in 2008. He took an unusual route to the high-profile position, joining The Times in 1994 as a graphics editor. He became the paper’s design director for news before leaving in 2006 to become the art director of National Geographic magazine. Before The Times, he was a graphic artist at The Detroit News. 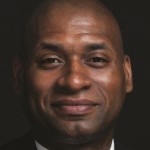 The book is a beautifully written and astounding story. Blow describes his childhood in poverty, his molestation by a cousin and an uncle, his alcoholic father and the unconditional sustenance from his mother.

The complexity of human sexuality is discussed openly in “Fire Shut Up in My Bones” as he confronts a culture of masculinity that defines acceptable male behavior. Along the way he marries, divorces and entertains the possibility that he is bisexual. These conflicts are at the heart of his journey and central to the human experience.

Blow is also a frequent commentator on CNN and MSNBC. 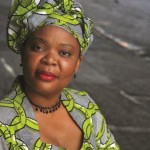 The Presidential Events Series continues Thurs., Sept. 17, when Nobel Peace Prize Laureate Leymah Gbowee ​will speak at 7 p.m. at Fox Hall. In her talk, “Building Peace When Communities Are in Pieces: The Liberian Experience,” she will discuss the women’s peace movement she led in her native Liberia and her current efforts as founder and president of a non-profit group that provides educational and leadership opportunities to girls, women and youth in Liberia.

Gbowee’s efforts played a major role in ending the Second Liberian Civil War in 2003. For her work she was awarded the 2011 Nobel Peace Prize. Her memoir, Mighty Be Our Powers: How Sisterhood, Prayer and Sex Changed a Nation at War (2011), is an honest and revealing portrayal of the effort to organize a coalition of Liberian Christian and Muslim women to oppose the warlords and ruthless President Charles Taylor.

Her memoir also displays her own personal struggles. Her Ted Talk, “Unlock the intelligence, passion, greatness of girls,” has been viewed nearly a million times. Her talk is free and open to the public.

The Presidential Events Series is designed to enhance the intellectual and cultural life of the college community by bringing well-known scholars, artists, scientists and distinguished individuals to the campus.

This year’s series is part of a campus-wide discussion of race, class, gender and sexuality in the contemporary American experience, including the empirical, social, artistic, historical, personal, environmental and spiritual dimensions common to our human experience and quests for meaning and purpose.